News & Politics / Opinion / Are Stans the internet’s most toxic subculture? 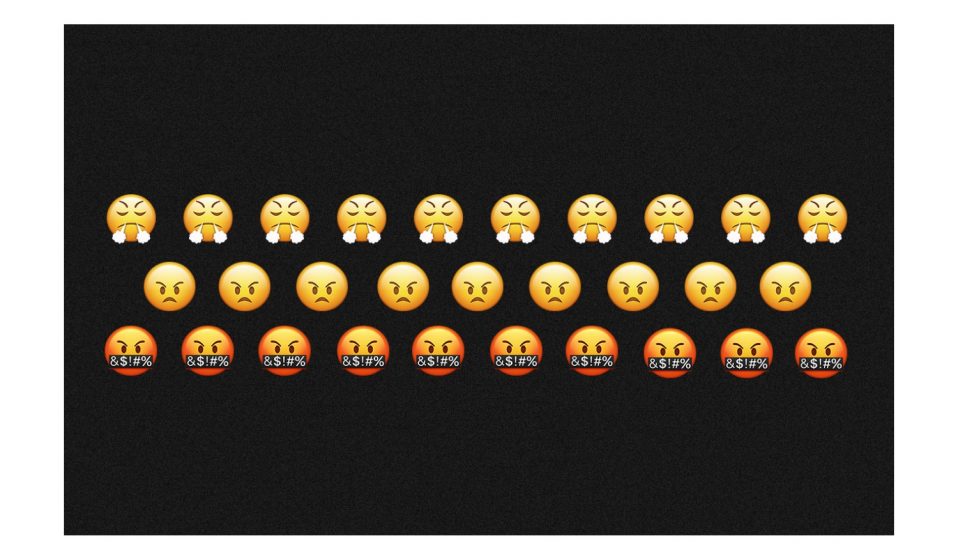 From Beyonce’s Beyhive to Rihanna’s Navy: the world of online fandom has become both impressive and extreme. Is it time we took its power more seriously?

From Beyonce’s Beyhive to Rihanna’s Navy: the world of online fandom has become both impressive and extreme. Is it time we took its power more seriously?

A few years ago, I wrote a piece about a pop star. I criticised aspects of her persona and what she tended to sing about, and I suggested that to grow up and mature as a musician she should abandon her feuds and delve deeper into the complexities of adulthood. I was proud of the piece and stood by what I wrote, but knew that I would likely be privy to a little bit of pushback. And then came the Stans.

For anyone who’s found themselves on the receiving end of a fanbase’s fury, you know that there are few experiences like it. For 24-48 hours, you are subjected to a tidal wave of insults and Emojis. In my case, an abundance of snakes appeared on my Instagram photos – a move outshined only by the flood of zero-star Goodreads reviews my book received months before it even came out.

Blossoming from the infamous titular character of the 2000 Eminem song, ‘Stans’ are fans who take it to the extreme. Chat rooms, blogs, and social media have helped them wield their numbers and online diligence to ensure that artists they love will never be subjected to undue shade or even valid criticism. And while such power is awe-inspiring in its magnitude, it is also a colossal buzzkill if you’re just a person on the internet weighing in on new the Beyonce (Beyhive), Rihanna (The Navy), Ariana (Arianators), or T-Swift (Swifties).

Of course, it’s easy for me to say that fan armies are taking their adulation too far. As a 34-year-old writer and person, I’m capable of putting my feelings in a jar and forgetting that when I lived for the Spice Girls or Leonardo DiCaprio (a complicated issue I have yet to resolve), I would’ve physically fought anybody who didn’t feel exactly the same way. At age 12, the Spice Girls epitomised the greatness of what can happen when women lean into aspects of their most extreme selves. And at 13, I believed in my soul that whatever cinematic choices Leo made were serving as stepping stones to us finally being together.

To dismiss these experiences would be a mistake. To be a fan who ardently adores an artist isn’t just an important part in trying to understand your feelings: it helps form a type of kinship that can make you feel less alone. When somebody’s work gives you power you didn’t know you were capable of, or taps into a part of yourself you didn’t know existed, of course you will want to rush to their defence.

But that’s the thing about fan culture today. Now, thanks to the internet, communities can mobilise effortlessly. And while that’s an incredible thing to watch in action, it’s less incredible to be on the receiving end of it. Particularly when artists know what their fan bases are capable of, and still drag writers, strangers or critics who give them negative reviews. Last week, Lana del Ray responded to critic Ann Powers’ review of Norman Fucking Rockwell! on Twitter, and Lizzo did the same back in April in response to Pitchfork’s less-than-amazing album rating.

Here’s a little sidenote on your piece – I don’t even relate to one observation you made about the music. There’s nothing uncooked about me. To write about me is nothing like it is to be with me. Never had a persona. Never needed one. Never will.

On some level, this defensiveness makes sense: who wouldn’t want to step up to defend our work against someone who couldn’t see the blood, sweat, and tears that went into it? But there are incidences that are less justifiable. When Morgan Stewart claimed Justin Bieber was lip-syncing during a surprise Coachella performance in April, not only did Justin respond to him on Twitter, Ariana Grande jumped in to stoke the fire. Predictably, the Stans of both armies jumped in to send Stewart abuse. In that moment, it wasn’t a question of participating in discourse – it was actually irresponsible.

Art is a matter of interpretation in which we, as listeners, form our own thoughts and feelings, and congregate together to form fanbases that may have strong opinions or means of defence. But we need to remember that criticism is art too: it helps us shape our own critical thinking skills, and holds us all to higher standards. Ultimately, criticism isn’t trolling: it dares us to think harder and create better.

Which means that the Stans who relish in dragging those with opposing tastes may not be actual fans at all. Real fans, while wanting to ruin somebody’s life over a disagreement about an artist’s trajectory, tend not to pepper their enemy’s Instagram page with certain Emojis. Nor do they clap back by means of exponential RT-ing, urging others to do the same. Fans attend shows, they buy albums, they find each other, they wear merch. Yes they are passionate, and yes, they champion the artists they love – but few tend to demonise anyone who doesn’t feel the same way they do in ways that make them need to abandon Twitter for a few days. Fans, for the most part, are people who love a thing. And I like to think that artists know this, even when it seems like they’re soliciting the muscle of those who use their love of said thing as an excuse to ruin a stranger.

Stans have a lot of power now, which is why I fear them. And I fear that when artists enable them, they forget that they’re stoking not a fanbase, but a living and breathing excuse to assert one’s power for no reason other than because they can.

Fans, however? I am one. Most of us are. And to that end, we know that fandom needn’t always exist in extremes, particularly since even with the elevation of the internet, we know there’s still enough room to love and hate someone (or something) without anyone being digitally drawn and quartered. Because passion is never a bad thing – until it justifies whatever bad thing you’d like to do.

Linkedin
RELATED ARTICLES
OTHER ARTICLES
A group of young Palestinians have found temporary freedom in the act of parkour, reimagining wreckage and ruins as a series of high-octane playgrounds.
Financial turmoil is pushing people who work in the sex industry into more dangerous and desperate situations as a means of survival.
As the Scottish government announces a rent freeze, an activist with Living Rent who fought and won shares how they did it, and what must come next.
Rogue landlords are exploiting young and inexperienced renters and leaving them in mental and financial turmoil, reports Niall Hignett.
Following the announcement of an 80% hike in the energy price cap from 1st October, crowds gathered outside the offices of energy regulator Ofgem to protest and declare their intention to undertake a payment strike.
Sean Maung’s photos are a love letter to the Black and brown communities that make up New York.