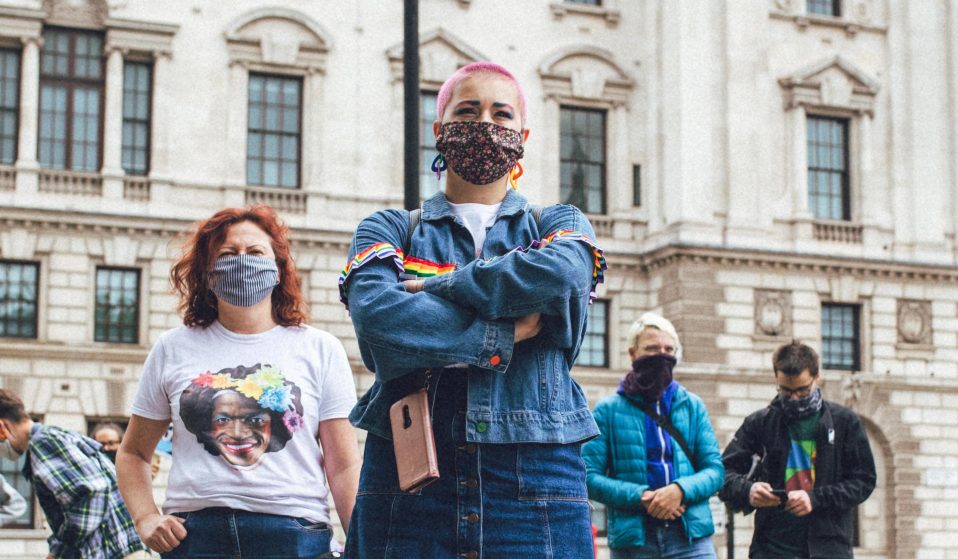 A dearth of compassion for trans people makes it easier to pit them against cis women and children. But the true evil is right under our noses, writes Nicola Dinan.

A dearth of compassion for trans people makes it easier to pit them against cis women and children. But the true evil is right under our noses, writes Nicola Dinan.

A few weeks ago, the Sunday Times reported that long-delayed reform of the Gender Recognition Act (GRA) would not go ahead, despite support by a large majority of respondents to the Government’s consultation. GRA-reform would have allowed trans people to change their birth certificates by self-declaration (self-ID) as opposed to a review by a Gender Recognition Panel. The report of the rollback was accompanied by suggestions of “new lavatory guidelines”, further safeguards to protect “safe-spaces” for (cis) women, and a crackdown on “quack doctors”, echoing proposals from April to restrict care for trans kids.

The debate around trans rights has become inseparable from its price, which, it’s claimed, comes at the cost of cis women and children. The conversation often focuses on how to “balance” the rights between these competing parties. But I don’t think our Government, which is led by the same party that oversaw austerity, minds too much. After all, a balancing of rights dissolves solidarity and distracts from the real issue: insufficient funding.

Rising tensions over women-only domestic violence refuges embody this, particularly in the context of GRA-reform. Answers to the question of whether trans women belong in women-only refuges have grown into a blaring cacophony. This is despite research showing that refuges consider that their procedures would protect against men abusing GRA-reform to access vulnerable women. So loud is the noise that you may even forget that these services are in a funding crisis.

According to Women’s Aid, 64 per cent of referrals are declined, the main reason being a lack of space or capacity. Trans women are not to blame for this. However, in a climate where women – cis and trans – are turned away, it is easier to scapegoat trans women than to ask the harder question: why does a refuge have to turn any woman away, cis or trans? 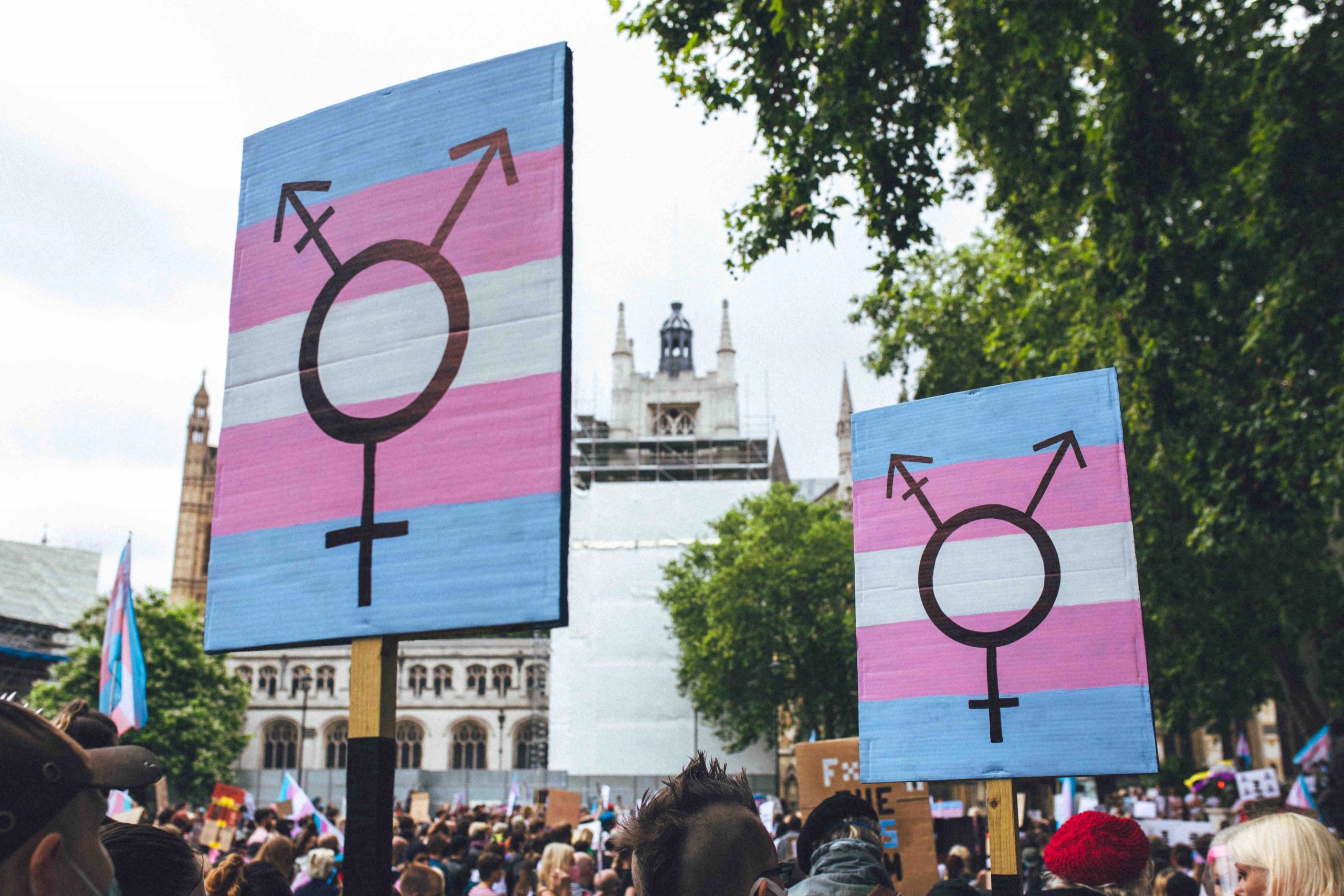 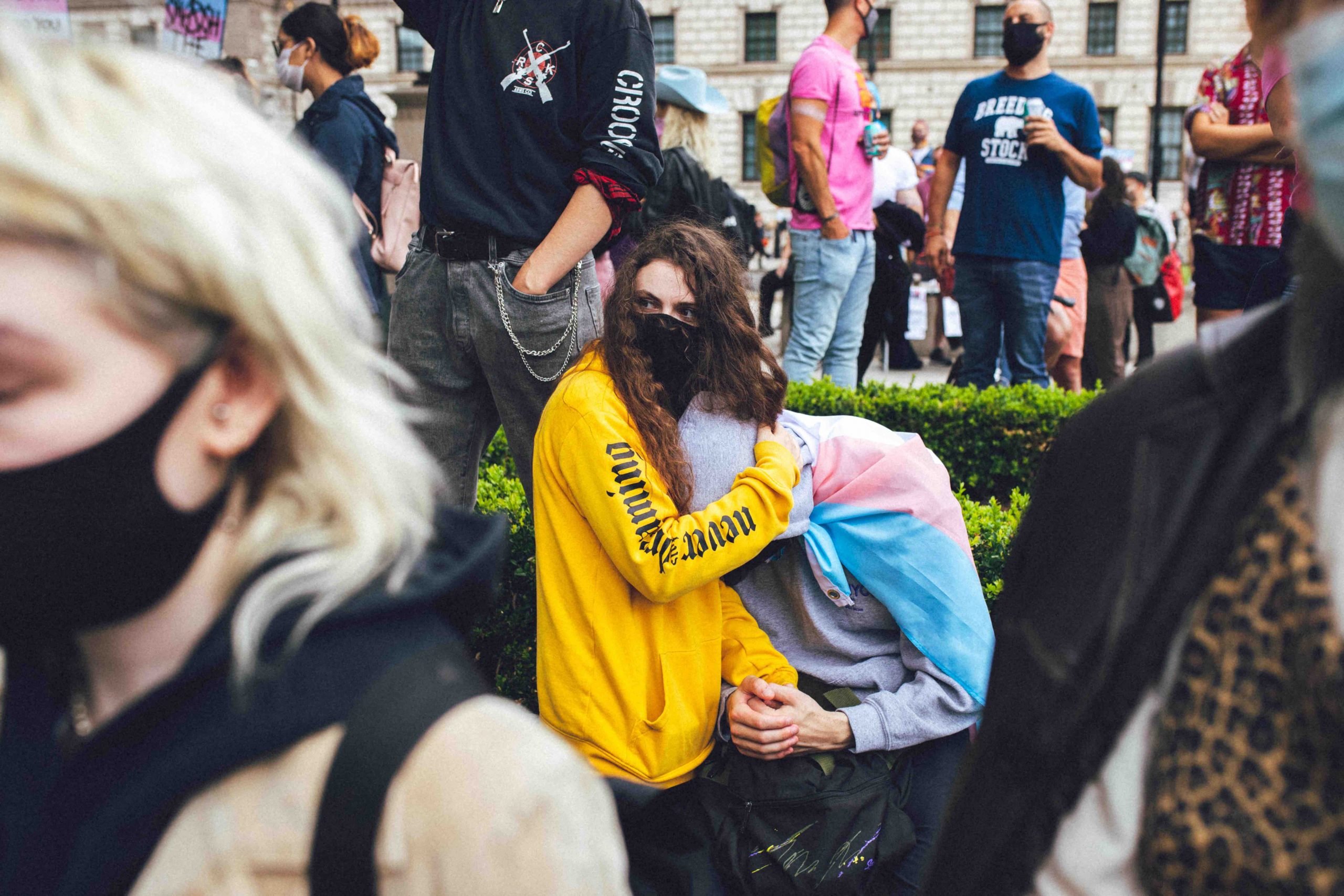 It is therefore no surprise that the Government will likely placate trans-exclusionary groups with bureaucratic solutions – “guidelines” and rolling back GRA-reform – rather than a commitment to funding. This should not satisfy anyone. It is a far less meaningful outcome than entrusting domestic violence refuges with more resources, which would allow them to enforce their own tested procedures safely, manage concerns around GRA reform, and continue to provide refuge to vulnerable trans people. More resources also mean more beds for people who aren’t trans, as well as more prevention and therapeutic services work – the alternative often being a pipeline to a prison cell.

This chronic underfunding has also spread to our NHS. Whilst NHS England has increased the budget assigned to children’s and adults’ gender identity services, this is nowhere near in line with the increase in demand for these services. This is reflected in waiting times. Currently, the Tavistock and Portman Trust are booking appointments for adults who have waited an average of 33-36 months, and children who have waited an average of 22-26 months for their first appointment.

The Sunday Times report suggested that treatment for trans people would require “greater sign-off”.  If this meant more therapy and support and less waiting, then I am sure many would be in favour. However, there has been little mention of substantially increasing funding commitments. This means that adding further layers of approval will cause a static pool of resources to vest in fewer people. Enforcing “greater sign-off” will therefore harm adults and children who genuinely need to transition, as well as those for whom transition is not the right path. 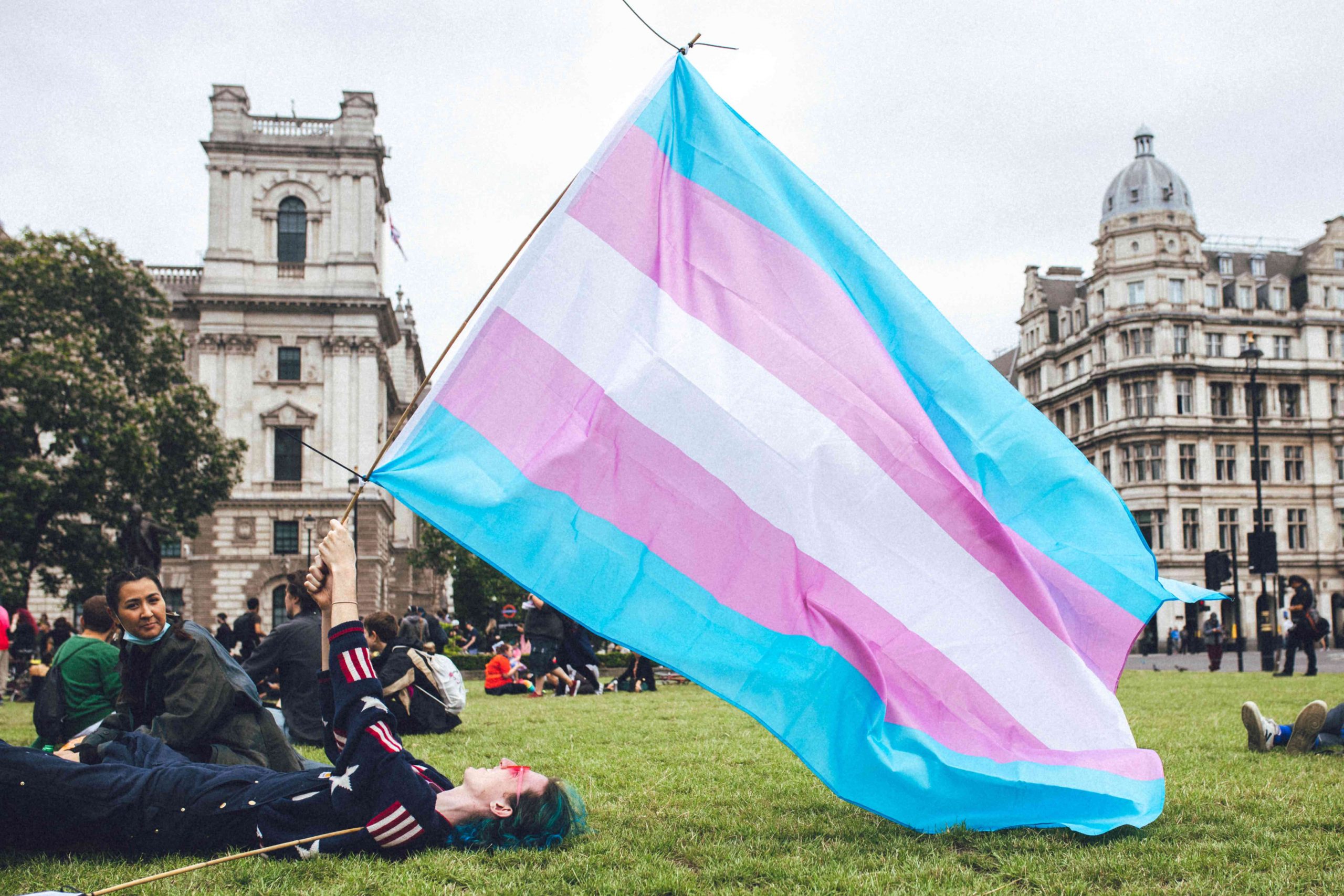 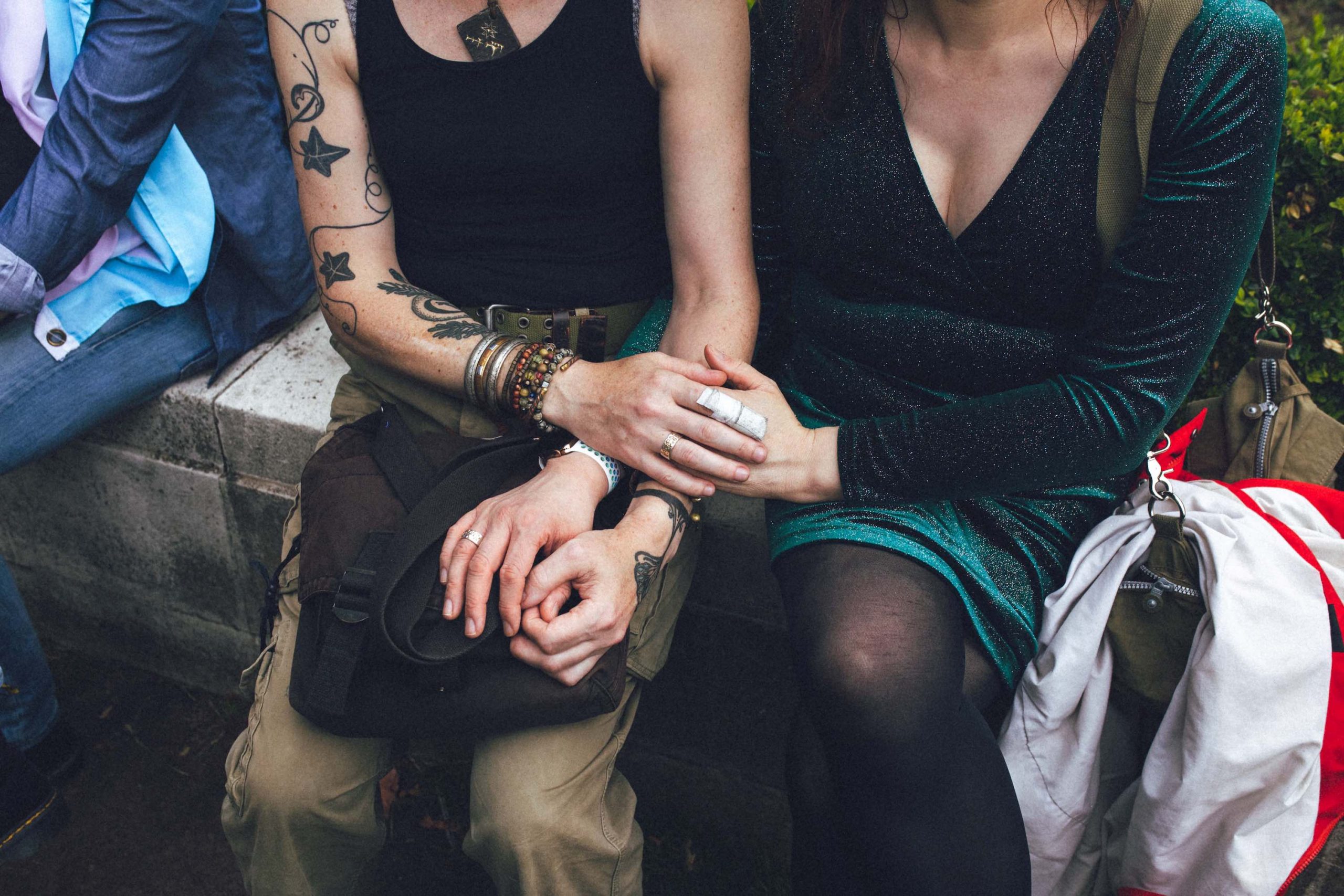 Problems will also not go away in a three-year-long queue. Firstly, studies on desistance overestimate teens with gender dysphoria who “grow out of it”, and it is difficult to imagine that complex issues which make someone wrongly think they are trans will work themselves out on their own. It is also worth noting that fewer than half of the under-18s referred to the Gender Identity Development Service, a provider of trans healthcare, go on to have any physical treatments anyway.

A dearth of compassion for trans people makes it easier to pit them against cis women and children. It also trivialises their needs: when a section of the public assumes that all a trans person needs to thrive is new clothes and a deed poll, anything more becomes a trespass on public decency. Trans people need much more. Trans women, for example, do not want to enter domestic violence refuges for validation, but because they are often victims of domestic violence too (at twice the rate of cis women).

In 2017, Angela Davis was interviewed at the Women of the World Festival in Southbank. She questioned, “who’s going to be in a position to penetrate the glass ceiling if not those who are already on top?” Quoting her friend Michael Bennett, she directed focus toward women “for whom the floor underneath them is constantly collapsing”. The metaphor has stuck with me.

I question what it says about a Government’s policies, and a person’s politics, when “protecting” women and children takes the form of symbolic gestures which continue to leave the vulnerable on the floor. I also question the integrity of these gestures when they are the fruit of an increasingly hostile climate toward trans people. I question, finally: is this what dismantling the patriarchy is supposed to look like?

Linkedin
RELATED ARTICLES
OTHER ARTICLES
Jeffrey Henson Scales intimate portraits and protest images of the BPP and its leaders offer a rare insight into organisation at a time of societal upheaval.
Campaigners reflect on what the supreme court’s decision to allow buffer zones in NI means for the future of reproductive rights in the UK.
Photographer Sean Maung reflects on documenting a small town in Pennsylvania afflicted by high levels of unemployment, poverty, violence, crime, and addiction.
After building his reputation covering the US civil rights movement in the 1960s, the photographer went on to produce some of the most enduring images of the past century.
A new film from Berghaus traces the story of Adam Raja, who left behind a turbulent upbringing to discover the healing power of climbing.
A new podcast is opening up the conversation between trans women and trans amorous men in the hope of building coalitions.