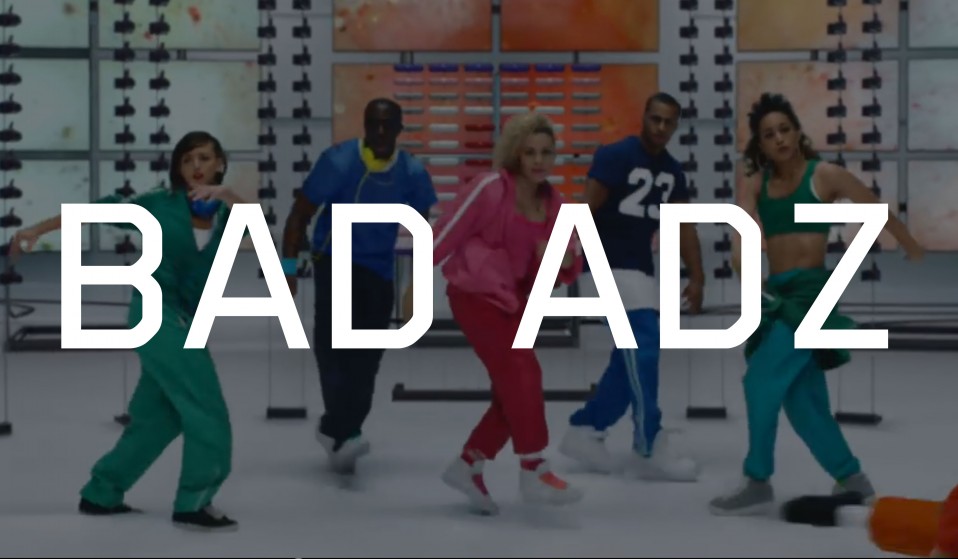 This column has a couple of themes: it’s a report back from the blurred line that now exists between culture and commerce, but perhaps more importantly, it’s also a look at some of the work that really sucks created in the name of ‘youth culture’.

My name is King Adz and you may previously know me from my books about street-culture. These days I spend a lot of my time helping embed brands with their target audience with a proper dose of the aforementioned ‘street cred’. Obviously, I do it properly as I really give a shit about the culture, but a lot of advertising agencies out there just want to rip and plunder; plunder and rip. In and out without a care in the world – without a rudimental understanding of the ‘cool’ culture they are using to try and shift more hot wings or cans of pop. What they fail to understand is that all the interesting stuff comes from the edges.

I have always been an outcast. If I scroll back the jog-wheel of time as far as my memory will go I have always been on the outside looking into a world where I don’t quite fit in. The first time I can remember really getting into trouble was when some snotty middle-class mother of a wet kid invited me to tea at her house in Fishpoole Street, St. Albans, and ‘I’d gone and let everybody down’ to quote my old man. All I had done was get a little excited.

I didn’t get out much and this was my time to shine. So, after a few crap ‘games’ I can remember sitting down at a big round table covered with sandwiches and other assorted birthday tea related crap, surrounded by a set of awfully ‘nice’, neatly dressed boys and girls right out of a Peter and Jane book, and the next thing I knew I was up on the table dancing around like MC Hammer gone wrong. Fuck me, I swear down to this day I don’t understand how or what made me get up there. All I know is that I was just young and foolish and expressing my happiness, my excitement about the party – the girls and boys, the joy of celebration. It was boss – for the short time I was up there. All eyes looking up at me with a mix of horror and awe as I sang (cannot remember what tune) and danced. But then the mother drifted back in the room bearing a jug or platter, clocked me on my makeshift stage and freaked the fuck out.

‘Get down from there you horrible boy,’ she shouted, dragging me down from the table by my ear and hauling me into the hall – where she immediately telephoned my mother to come and collect me. ‘Showing everybody up’ was the number one crime in the inner-circle clique of 1970s suburban childrens’ birthday parties, ‘play dates’, and other assorted horrendous activities that I grew to hate.

I was transported back to that snotty kids party today when I watched the Argos ‘Get Set Go’ advert and before I knew it I was back on the table, jumping up and down and doing my stupid dance. Again. And not because I was getting carried away by the funk-lite soundtrack, but because I was back in rebellion mode. The ad was like the party: Proper shite and devoid of any real substance.

This is what I saw: Some plastic. More plastic, probably made in China. A ‘street’ dancing crew. Some ‘skaters’ and ‘BMXers’ and another slew of so-called premium brands. Okay, so I know that retail is all about shifting units and making scale but what the fuck does Argos have to do with street culture? Why the use of ‘street’ talents? It makes no sense. They don’t interact with the products shown. They just dance, skate and bunny hop around the goods, all getting down like it’s the break of their lifetime. I wonder if they even got paid or just did it for the ‘exposure’ (just like the trickle-down economic system, too often no-one gets paid except the men at the top).

Am I missing something here? Or is this nothing more than a shining example of, ‘Let’s just stick in some breakdancers until this really shit concept looks good’? Every time I see a shot of a kid doing a windmill I know that this is just a default position short-cut to nowhere. Any creative or director who wants to include someone with a hat or a spray can or some form of wheel-based transport is just a fake. Don’t get me wrong, I’m over the moon that authentic culture has become the wallpaper for our generation, but this doesn’t mean that you can just dress some big-haired Kelis-looking girl in a day-glo shellsuit and a pair of Jordans and tap into our thing. Our ‘scene’. Which, by the way, doesn’t exist. Like I said all the good shit comes from the periphery. The edges.

Which is way off the radar of any agency. There’s the rub.

Linkedin
RELATED ARTICLES
OTHER ARTICLES
In 1984, Martin Shakeshaft set out to document the miner’s strike as it really happened, using his photography as a tool for activism.
As the role of the nuclear family is increasingly called into question, people are finding new ways to exist outside heterosexist norms.
A new book traces the legislation’s tumultuous history and the lasting impact its had on LGBTQ+ activism today.
Hundreds gathered together to protest the policing bill by making as much of a racket as possible.
The photographer reflects on building trust with his subjects and using the street as his studio.
From Brooklyn gang members, to Welsh miners and the residents of East Harlem, Bruce Davidson used his camera to shine a light on the most marginalised.