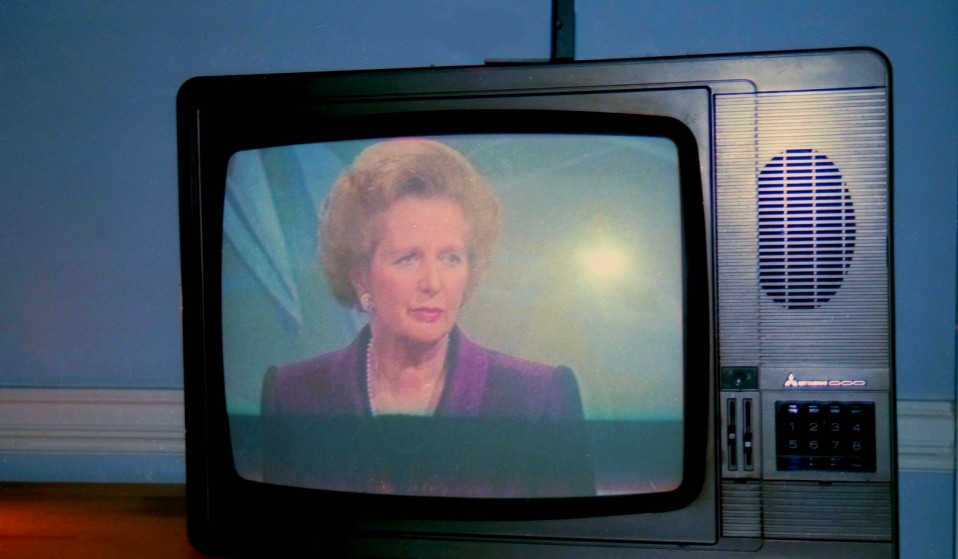 It took just four days from the triggering of Article 50 for ex-Tory leader Michael Howard - high on the fumes of toxic British self-importance - to almost declare war on Spain. Viva Britannia!

It took just four days from the triggering of Article 50 for ex-Tory leader Michael Howard - high on the fumes of toxic British self-importance - to almost declare war on Spain. It's just all so predictable from a mediocre nation desperate to return to past bloodthirsty heights. Viva Britannia!

How low can Britain go? Even those of us who feared the exit of Britain from the European Union to be an inglorious farce, a hopeless match between titanic English self-delusion and continental negotiating acumen, surely didn’t expect to see Tory revenants talking of war only four days after the triggering of Article 50.

The inclusion of the status of Gibraltar, the British territory at the southern tip of Spain, in the EU’s draft negotiating outlines, has sent the Tory party and the right-wing press into a flag-addled jingoistic frenzy.

Michael Howard invoked the ghost of Thatcher from her seat in one of the lower circles of hell to declare that like the Falkland Islands, Mrs May would risk war with Spain to protect Gibraltar; the Telegraph exhumed a Rear Admiral to reassure its readers that, although diminished by decades of effete government, the UK’s military could still ‘cripple’ Spain in any such conflict.

The first thing to understand about this bizarre tempest is how predictable it all was: naturally, any eventual deal between the UK and the EU will need to address the status of Gibraltar (strictly, the guidelines do not address sovereignty per se, but rather offer Spain a veto over Gibraltar’s inclusion in a UK-EU trade deal, a fact which has escaped much of the press).

Uncertainty about how that might pan out is what led to the territory’s 96% vote to remain in June’s referendum. It cannot go unaddressed, and Spain warned prior to Brexit it would press its claim should Britain choose to leave. More puzzling is the British outrage that Europe should treat it like this: formerly, the question of Gibraltar was an issue between two EU member states, occasionally rancorous but largely held in check. Now it is an issue between a member state and a (soon to be) external state: the EU’s interests lie with its members. Only a nation with Britain’s inflated sense of itself could expect things to be otherwise.

Magical thinking about the British place in the world aside, Howard’s invocation of the Falklands war resonated for many who long for a return to the days of British global dominance, and who fear that behind the Brexit puffery lies a rather threadbare nation in its twilight years. These are the people who work themselves into a fervid sweat over Thatcher’s sinking of the Belgrano (323 dead, ‘Gotcha!’ the headline of The Sun the next day).

For them, a good little war would be just the tonic for the nation, and perhaps have an eye to the electoral popularity which accompanies assertions of British sovereignty. And there are similarities between the two cases, beyond Lord Howard’s keen observation that both Argentinians and Spaniards speak Spanish: both are territorial legacies of British maritime imperialism, both were strategically useful, both have strongly British-identified populations.

Gibraltar is ‘British’ as a consequence of British occupation during and after the War of the Spanish Succession in the 18th century, it permitted strategic control of the gateway between the Atlantic and the Mediterranean and to the rest of the Empire in the 19th century.

The Falklands, ‘British’ after sporadic fighting between imperialist powers over some rather desultory rocks, once played a useful role in ship repair in passage across the south Atlantic. Both are hangovers of a system of global extraction and control which gave Britain the piles of cash and resources on which its twentieth century status was built. Both are therefore of symbolic importance for Empire nostalgists, who think of the Empire as merely slumbering, waiting for the bold British Lion to reawaken.

What else might lie behind protectiveness for the territories? One plan for a global UK after Brexit might look like this: in a global system of increasing chaos, a UK with strategic centres of projection dotted across the map, and a strong orientation to intelligence and surveillance, might do rather well for itself. Such a future still feels full of hot air to me, the kind of fantasy dreamed up by retired commodores during their afternoon naps – but policy has been built on less.

Rather more prosaically, the Falklands are of interest to Britain because of possible claims to oil nearby; Gibraltar’s importance might be strategic, but it is also more immediately financial. One of the Spanish objections to Gibraltar is its low tax rates on corporations and lax regime on capital gains and inheritance. For the constellation of interests represented by the Conservative Party (big business, finance, the wealthy), the web of British overseas territories is essential to preserving their money from taxation and redistribution; for that reason alone, they see Gibraltar as worth preserving.

There is lastly the question of self-determination – don’t the British-identified populations of Gibraltar and the Falklands have a right to determine their own identity and political course? This question is too often taken in isolation from its historical background: in neither place did British inhabitants spring from the ground or arrive by accident. They are there as legacies of an empire which plundered and subjugated, and the crimes of which are still virtually absent from the British curriculum, and the legacies of which Britain is determined not to give up.

I am no great believer in the idea one can reverse the spin of the globe and unmake history, but one ought to recognise the irony which attends British bleating about the right of self-determination. Were Britain to take decolonisation seriously, the status of its overseas dominions would be a real matter for debate. We should remember, too, that Thatcher’s own reluctance to maintain a presence in the bedraggled south Atlantic islands – distant, strategically declining in value, virtually unknown in the UK – was a key factor in spurring the Argentinian bid. British interest is always cynical.

For Thatcher, the Falklands war proved that jingoism and war were reliable protections for a fracturing Tory government – enemies both abroad and at home, especially at the ‘pinko’ BBC, galvanised her supporters and were key to her reelection. War with Spain is so improbable as to be still unimaginable, but the sense that wily continentals are seeking to exploit beleaguered Brits might be quite a fertile resource for May, especially as the real contours of Brexit heave into view.

In an interview clarifying his remarks, Lord Howard said to Channel 4 News that it was high time we reminded Europe ‘what sort of people we are’ – governed by fools, backward-looking, besotted with a mythical past, and so high off the fumes of our self-deception, we are willing to talk of war to defend a rock covered in monkey shit and infested with leather-faced tax dodgers. Viva Britannia!

Linkedin
RELATED ARTICLES
OTHER ARTICLES
AI companies that develop image-generators using copyrighted artwork from the internet are coming under fire from artists who say that it amounts to theft.
After blocking the Scottish government’s gender recognition reform bill, Westminster is now devising further changes to the law to make it harder for trans people to self-identify.
Filmmaker Laura Poitras discusses her new documentary which traces the remarkable life of the artist-activist and the impact of her battle against the US opioid crisis.
A new podcast is opening up the conversation between trans women and trans amorous men in the hope of building coalitions.
A recent High Court ruling against the right to wild camp in Dartmoor National Park sparked the largest land protest in history – and campaigners say their fight is not over yet.
After building his reputation covering the US civil rights movement in the 1960s, the photographer went on to produce some of the most enduring images of the past century.