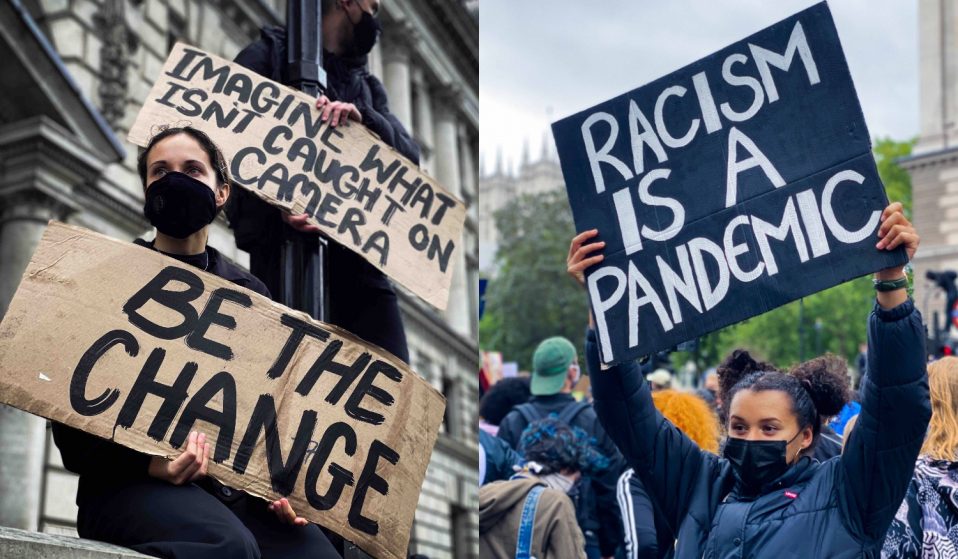 What does the Black Lives Matter movement look like at street level? Photographer, filmmaker and Bikelife rider Nonso Onwuta shares a personal perspective on the London protests.

What does the Black Lives Matter movement look like at street level? Photographer, filmmaker and Bikelife rider Nonso Onwuta shares a personal perspective on the London protests.

In a week where hundreds of thousands took to the streets under the banner ‘Black Lives Matter’, the power of collective action has never been more apparent. In a system where justice and opportunity fails to trickle-down, the movement is pushing upwards with force. And it’s not just police brutality that’s being held to account. Covert racism is being interrogated, white fragility addressed, and totems to colonialism toppled one by one. A cultural reckoning is afoot.

But what does this global wildfire look like at street level? In 2018, Huck spent the summer with the Bikelife community – a diverse group of young Londoners united by their love of riding bikes. We documented their story, inspired by their sense of agency and the way in which they’ve come together to tackle knife crime on their own terms – forcing the police and media to rethink where the real roots of the issue lie.

On Saturday, we asked Nonso Onwuta – a 22-year-old from Camberwell, South London, who we met while filming Before The Storm – to document his impressions of the London protest. These are his portraits and thoughts.

“This was my first time at a protest. I went there thinking, ‘Okay cool, maybe everyone from South London will be there.’ But what surprised me was the number of foreign people – from Romania, France, brown people, European people – all coming together. That’s what hit me the most.

When they protested back in the day, they never had that much support. It’s overwhelming to see how many people are on our side. I wouldn’t say the problem is over, but I’ve been saying this for a while: I personally think that our generation will end this.

Growing up I never really thought about what it meant to be a black man in London. But as I got older, there’s that stereotype you become aware of. Like, if I go into a shop and just look around without buying anything, will they stop me on my way out? Being the size I am [6′ 4″] no one ever really confronts me to my face – but you definitely see it where I grew up. You get stopped and searched, chased by people, called names.

My dad is very traditional in terms of keeping to yourself. He reminds me of how racism works: it may be subtle here but it still exists. One time, I was driving with my hood up and my dad said to me, ‘Remember you’re black, yeah? You’re a black boy and they’ll find any reason to stop you.’ I always thought he was wrong – until it happened. 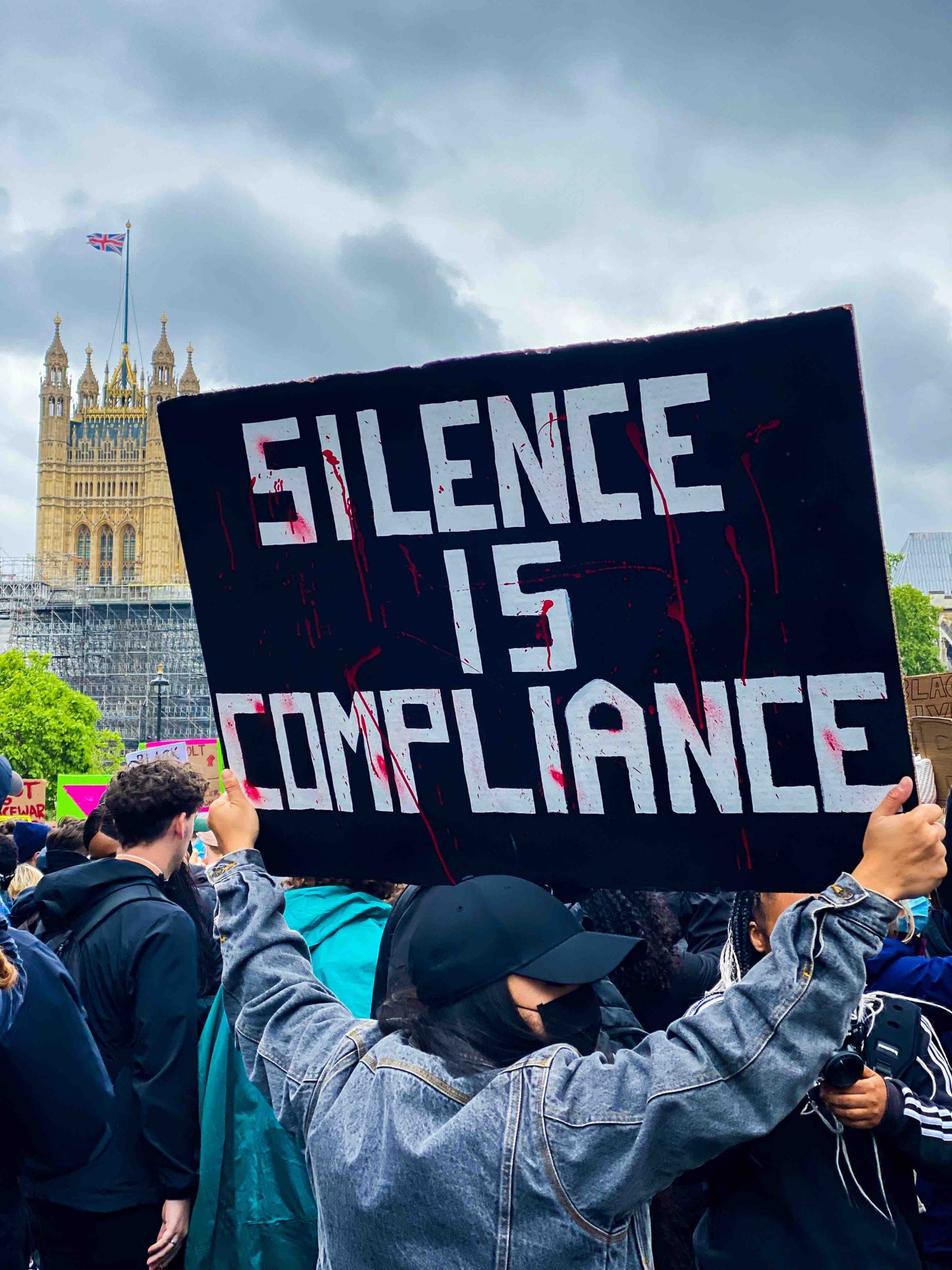 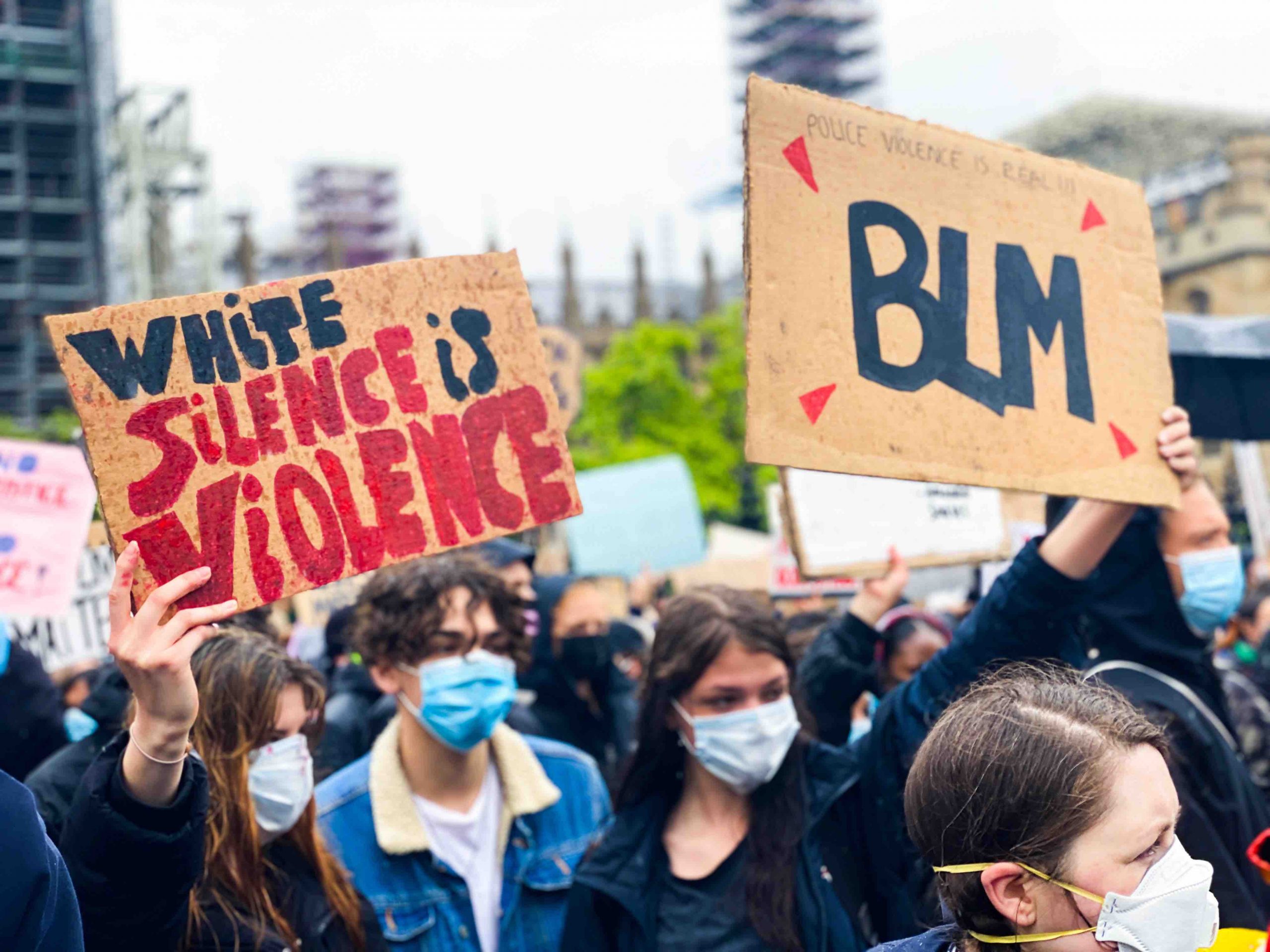 One day, my friend and I rode past a police car. A minute or two later, they came up behind us, blue lights flashing, and blocked us off. We were like, ‘Do we run, or do we just stay?’ Their excuse for stopping us was that there’s drugs and crime in the area so they’re just doing a stop-and-search. My relationship with the police changed after that. It was a wake-up call.

I don’t want to be clichéd and say that the best thing that can come out of this is equality. We just want a society where we don’t have to say to ourselves, ‘I can’t dress this way because I may get stopped and searched. I can’t go down that road because there’s police over there.’ I want to be able to see the police and be like, cool, nothing will happen. I’m comfortable. I can go to a shop without having the fear of someone trying to stop me. I want to feel more love in this country.

When I went to my first Bikelife link-up, there was literally no such thing as race. We were all just there to ride. The people who first introduced me to the scene were a white and a mixed-race boy. Now, I’ve got brothers from everywhere – North, South, all over the place. Everyone is there for the same goal: to ride our bikes and enjoy what we have. Riding is our way of relieving our stress. If people came into our community they would see the love we have for each other.

My message to black people in America is to stand strong. The only reason we’re beginning to make a change is because we’re disturbing the peace. Trending on social media is just a part of it – if we continue to disturb them they will be forced to change. We need to stand strong and keep knocking on the door: if someone is in, eventually they’re going to answer it.” 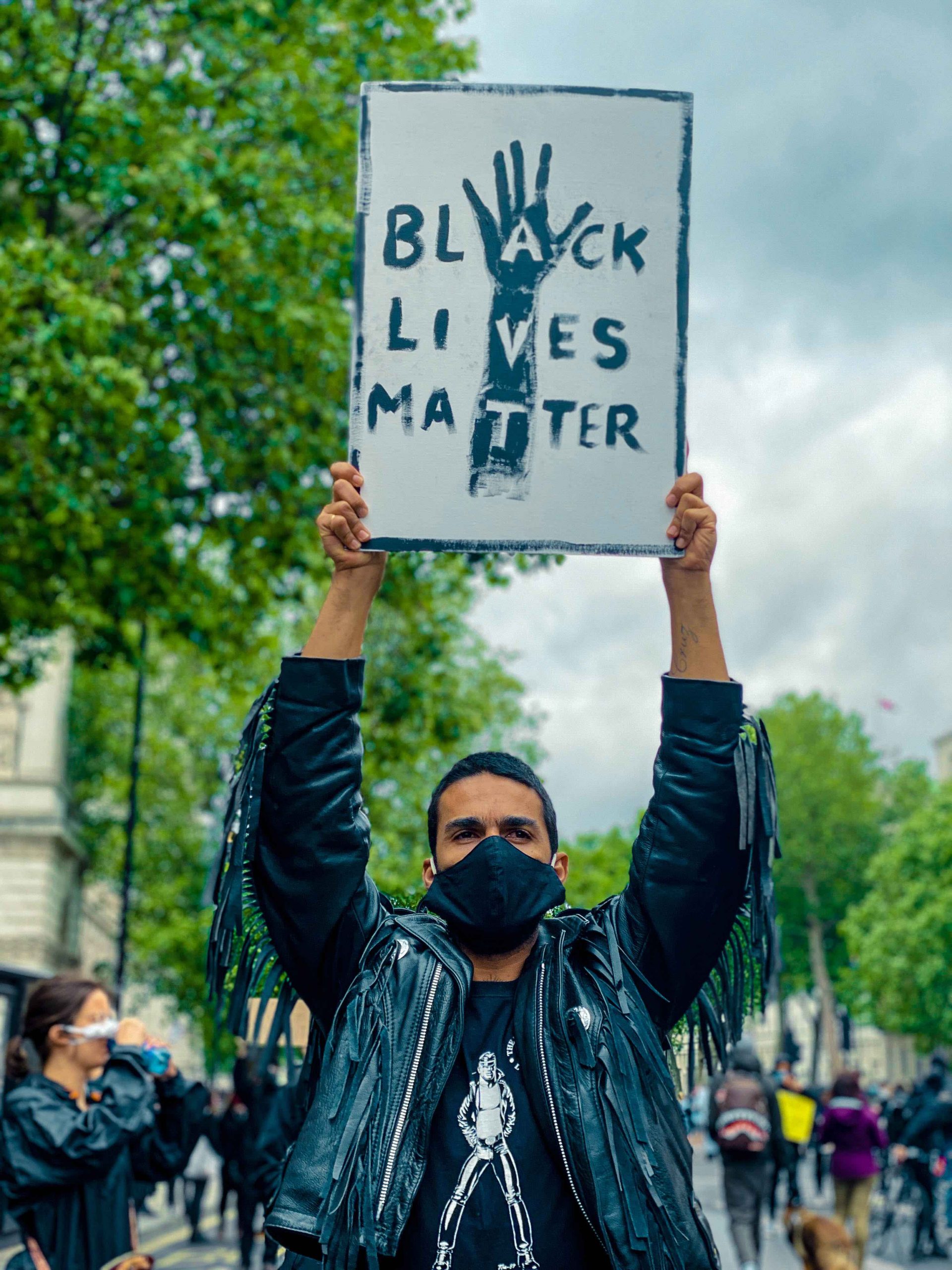 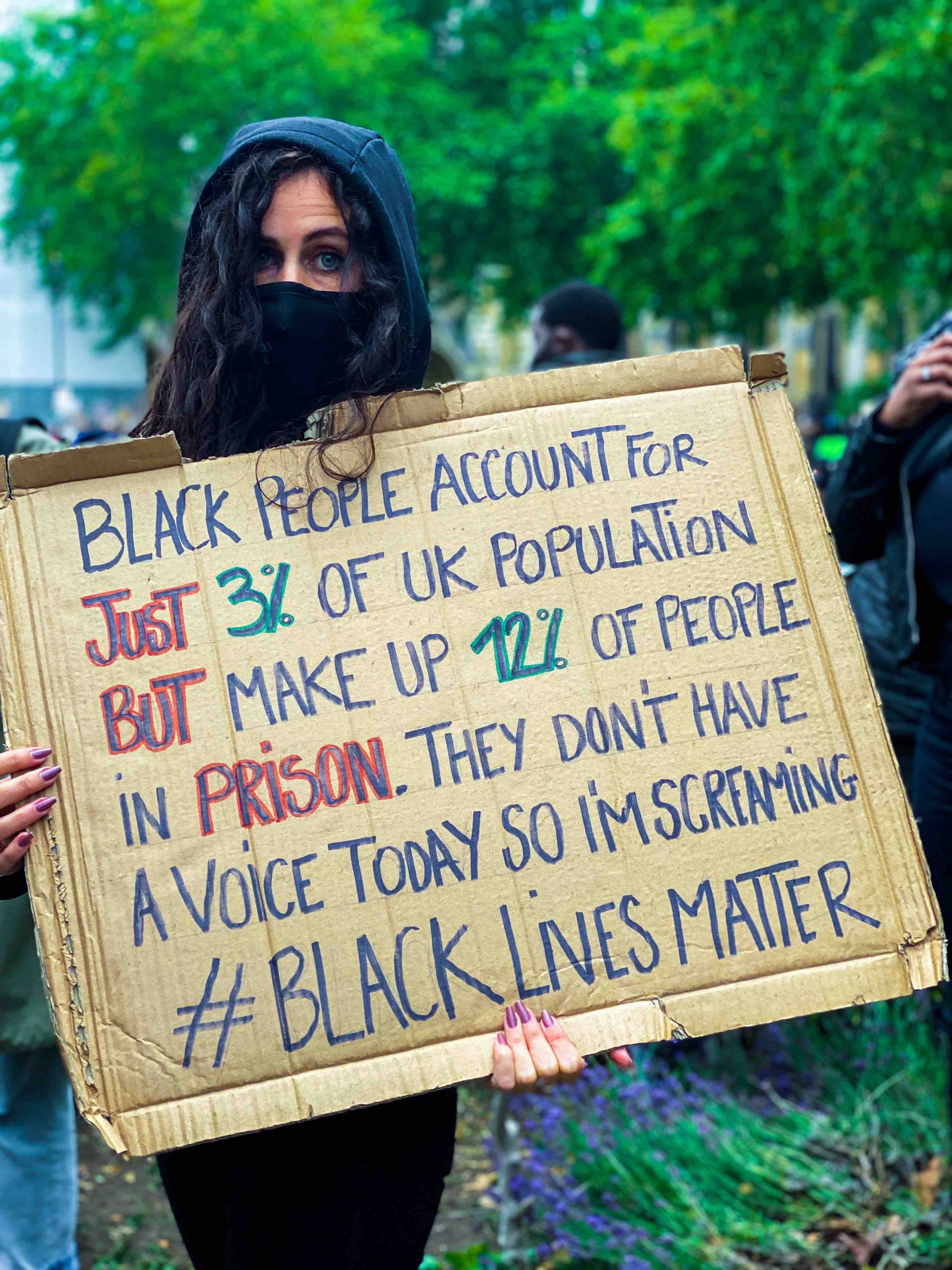 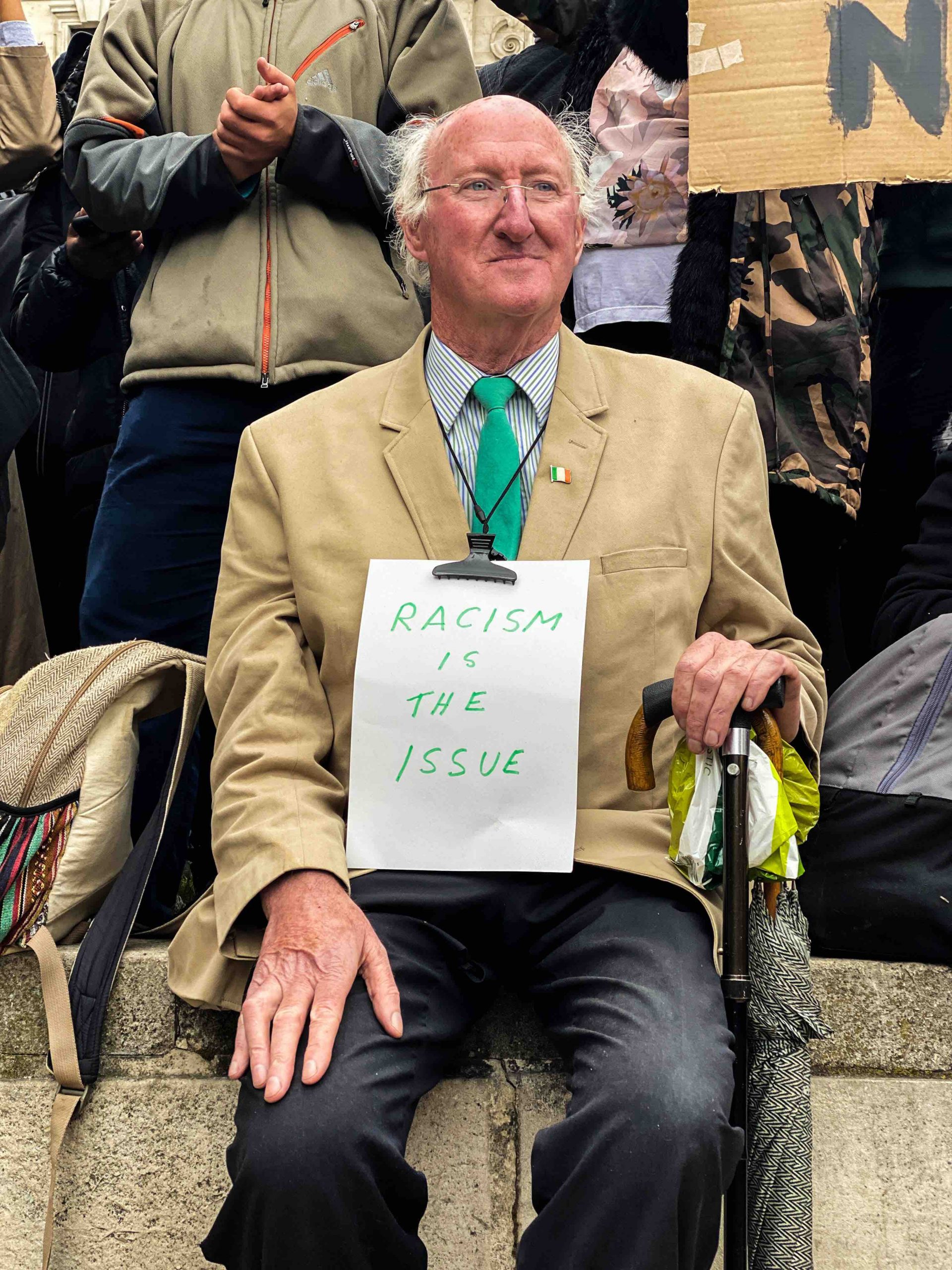 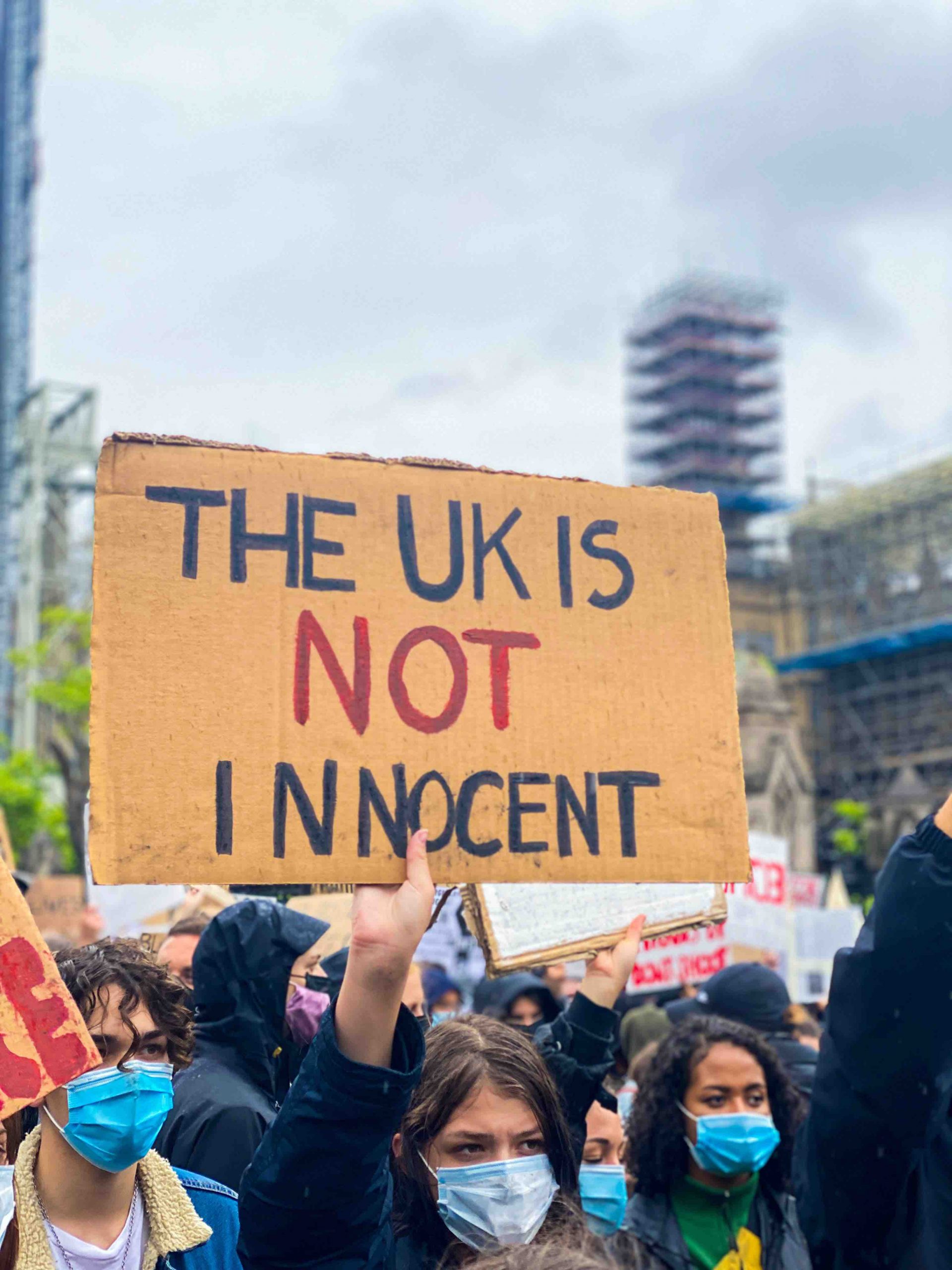 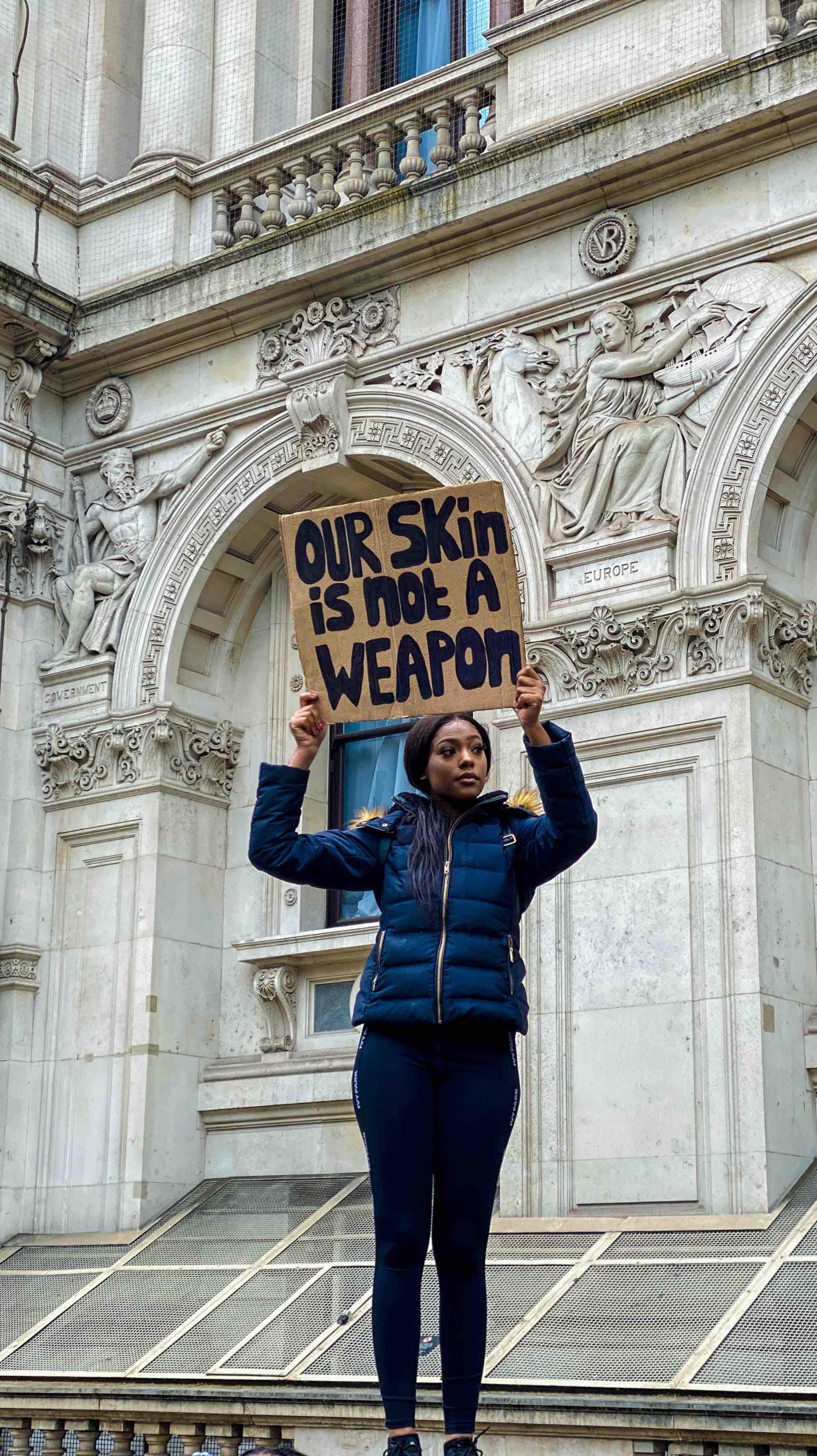 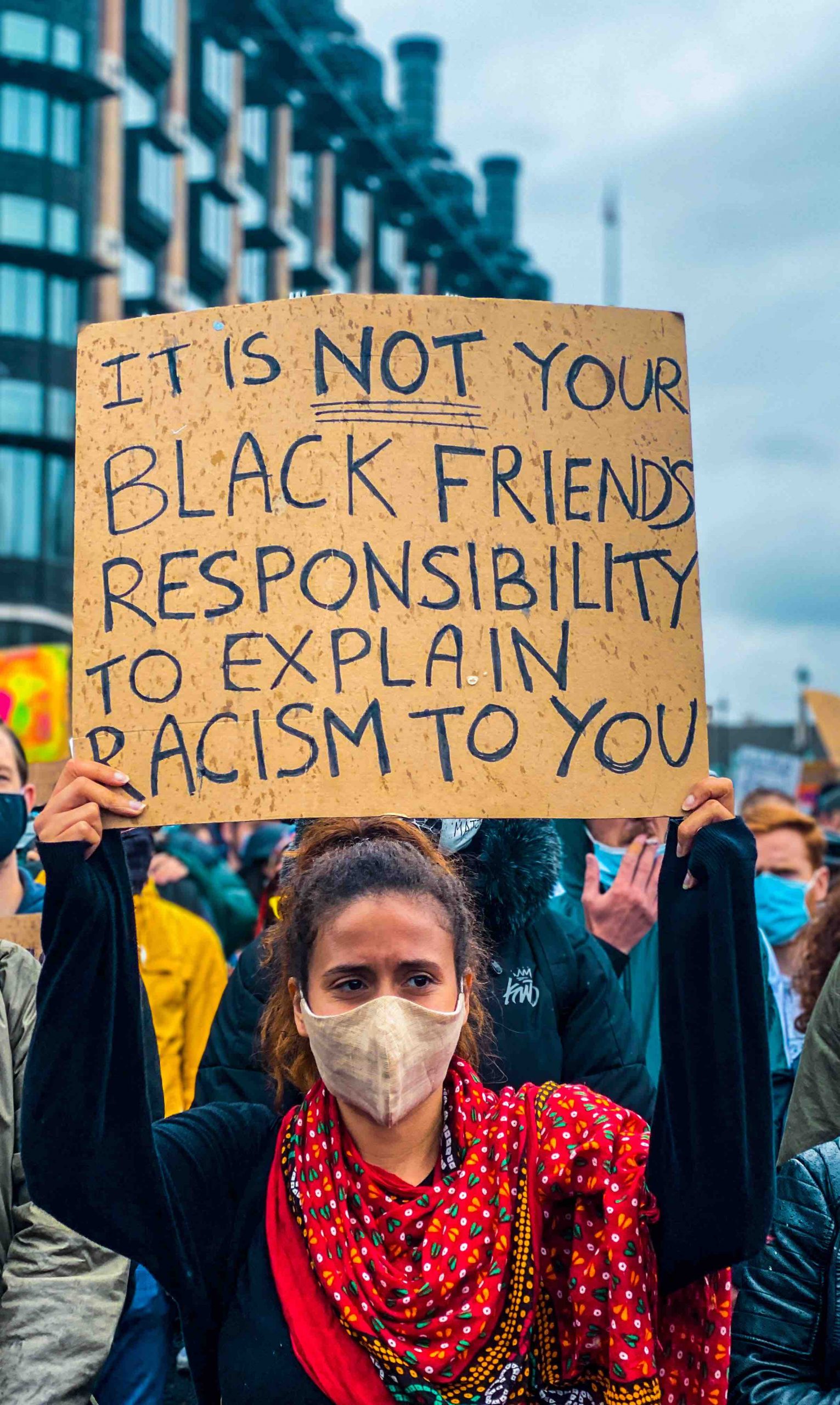 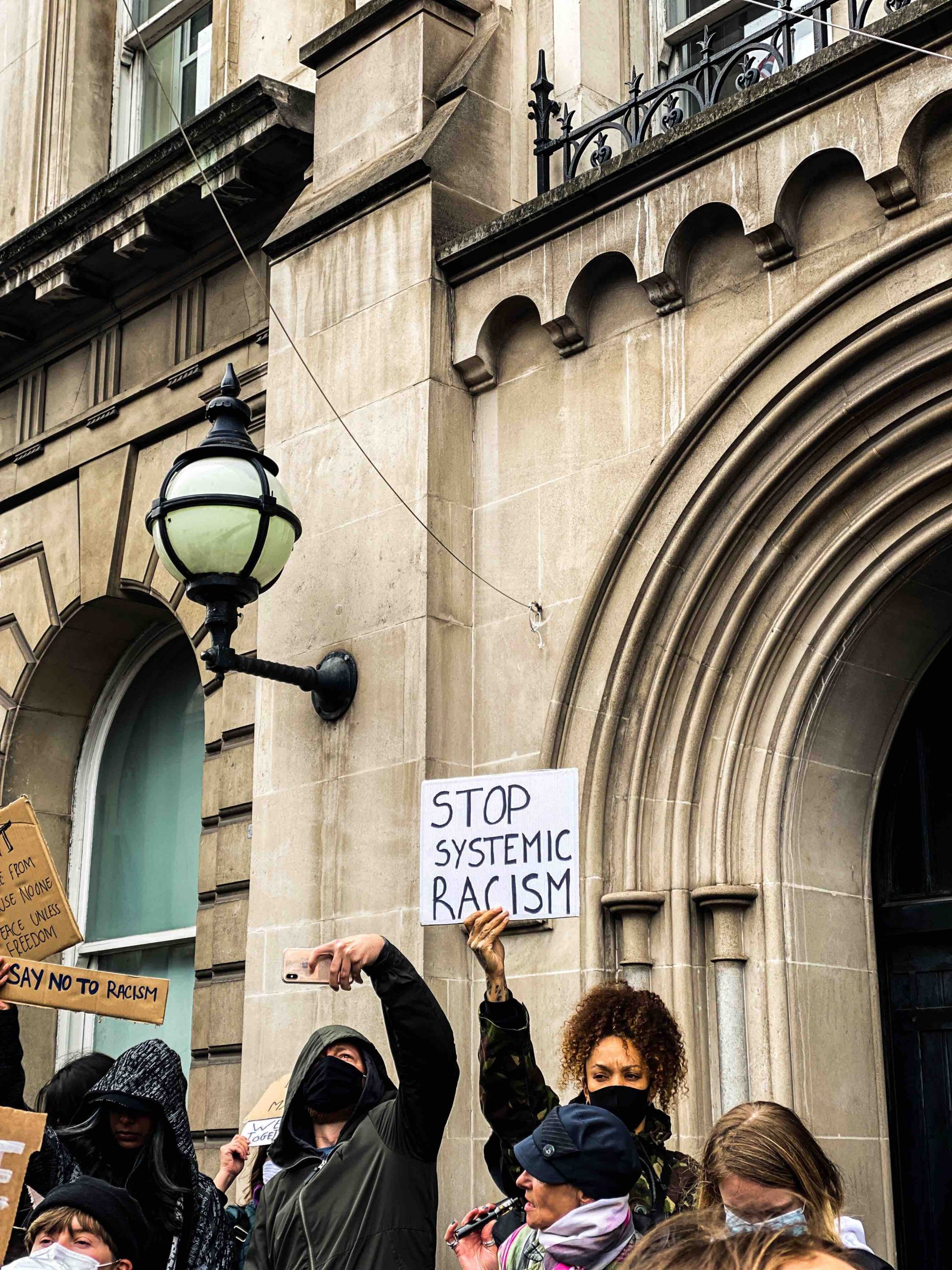 Linkedin
RELATED ARTICLES
OTHER ARTICLES
The Egyptian government are continuing the repressive mistreatment of environmental campaigners.
After a devastating fire, creatives in the city are coming together to call for more affordable workspaces.
SOAS Detainee Support detail the appalling conditions they witnessed at the dangerously overcrowded immigration centre in Kent.
A new photo series documents tribes preserving the environment through simple, sustainable practices in central Asia.
Photographer Ira Lapu documents the lives of ordinary Ukrainians living amid a brutal conflict.
We catch up with the singer in her London studio to connect the dots between music, painting and her relationship with the city.