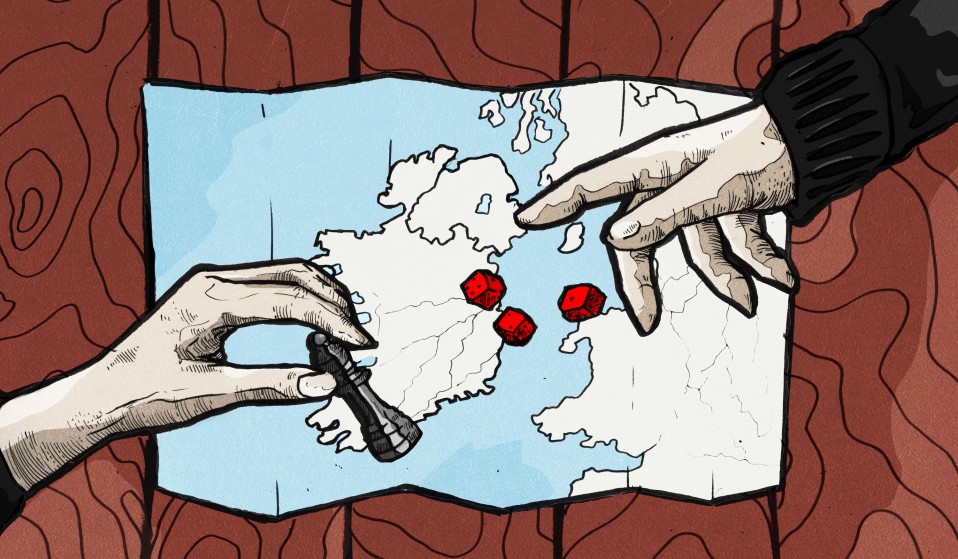 Gavin Williamson’s comments on whether former soldiers should face prosecution over Bloody Sunday are a disgrace. It only proves that his party have no regard for the lives of those who will never vote for or support them.

Gavin Williamson’s comments on whether former soldiers should face prosecution over Bloody Sunday are a disgrace. It only proves that his party have no regard for the lives of those who will never vote for or support them.

Many aspects of grief are intolerable, but a lack of closure is particularly brutal in drawing out the agonising process. It’s easier to make sense of deaths from old age and ill health in some respects, harder with accidents and the deaths of young people. But your family member or close friend being murdered or killed in an injustice is almost impossible to come to terms with: add into this, the fact that for 47 years relatives of the Bloody Sunday massacre on 30 January 1972 have waited to hear if any of the soldiers who fatally shot 13 unarmed people on the day, and wounded 15, one of whom – John Johnston – died of his injuries in June later that year.

The soldiers responsible for the deaths claim they were shot at, and everyone they shot or killed was armed with guns or nail bombs. The Saville Inquiry found they lied. One former paratrooper told the inquiry he saw one soldier “lose the plot” and fire 20 rounds of ammunition indiscriminately from his hip without aiming before being ordered to stop. Father Edward Daly, a Roman Catholic priest, was photographed waving a blood-stained handkerchief as he escorted a group carrying Jackie Duddy, a 17-year old boy who had been shot in the back as he fled the soldiers.

Another man, Patrick Doherty, was shot as he crawled away. When Bernard McGuigan went to his aide waving a white handkerchief, the same soldier dropped to one knee, aimed, and shot him in the head. Of the 16 soldiers investigated for the murders and attempted murders of the 28 victims, only one will face charges, families learnt today. Soldier F, who retains partial anonymity, was found to have perjured himself to two inquiries into the massacre and lied and changed his story repeatedly: he is now the only soldier facing a murder charge for the murders of James Wray and William McKinney, and for the attempted murders of Joseph Friel, Michael Quinn, Joe Mahon and Patrick O’Donnell. The Public Prosecution Service said the evidence threshold was not met to pursue a murder charge for Soldier F against Doherty and McGuigan while accepting he was responsible for their killing.

The families will write about their devastation, the need for anonymity to be stripped of Soldier F when he stands trial, and how delayed justice is no justice, and 47 years has been too long to wait for a miniscule attempt at resolution. In the meantime, the British government have sought to cynically instrumentalise the outcome in a period of political disarray.

With Brexit throwing the political class into chaos, and Theresa May facing daily calls to resign from her own party, the defence secretary Gavin Williamson stepped forward to offer a political intervention that insults the victims and should concern anyone who values human life and human rights. He stated the British government would pay for the legal and living costs of the one soldier prosecuted, adding: “the Ministry of Defence is working across government to drive through a new package of safeguards to ensure our armed forces are not unfairly treated, and the government will urgently reform the system for dealing with legacy issues. Our serving and former personnel cannot live in constant fear of prosecution.”

The statement is utterly ghoulish and callous, implying the soldiers investigated were unfairly treated, since a new process is needed, and dismissing a bloody massacre of unarmed Catholic civil rights protestors by British soldiers as, simply, “legacy issues”.

But the statement should worry many people: very few people have ever been prosecuted in the army for killing people indiscriminately. Yet Williamson states soldiers “cannot live in constant fear of prosecution”, implying such acts are common, and to be expected in times of war and colonial occupation. This is a clear delineation in the worth of a life, in the eyes of a government minister. The rights of soldiers to kill with impunity and never face repercussions for perjury and killing people trump the rights of unarmed civilians not to be murdered in cold blood. One is part of a feted political and military establishment, the other is entirely expendable.

But it’s clear too that Williamson is happy to do so because he knows this will lose him no votes. Are the Tories ever likely to court the Irish nationalist community in the North? No. Can he rely on most British people knowing so little about the Troubles his comments will pass most people by? Yes. Is he cynically exploiting this miscarriage of justice to court Conservative sympathy for the military, and court a possible leadership bid? Also yes. The Conservatives will likely apply the same tactics in their response to the outcome of the ongoing inquiry into the Ballymurphy Massacre. This behaviour is a travesty, but reminds us that the government really do see governing as “us versus them” and have no regard for the lives of those who will never vote for or support them.

Linkedin
RELATED ARTICLES
OTHER ARTICLES
The author discusses her blistering new novel about history, revolution and queer love.
A group of Ukrainians living in Poland are helping Ukraine withstand Russia’s brutal invasion by buying supplies and shipping them directly to the war’s frontlines.
The situation in Afghanistan remains dire, with many groups facing persecution at the hands of the Taliban.
Photographer Phyllis Christopher recalls capturing sex and protest at a time when the city had become a haven for the queer community.
The government’s failure to take long Covid seriously has led to the formation of a group campaigning for the thousands of forgotten victims of the illness.
Following the release of his newly republished 1991 book, Redheads, the American photographer reflects on his celebration of ginger people and their magnetic power.