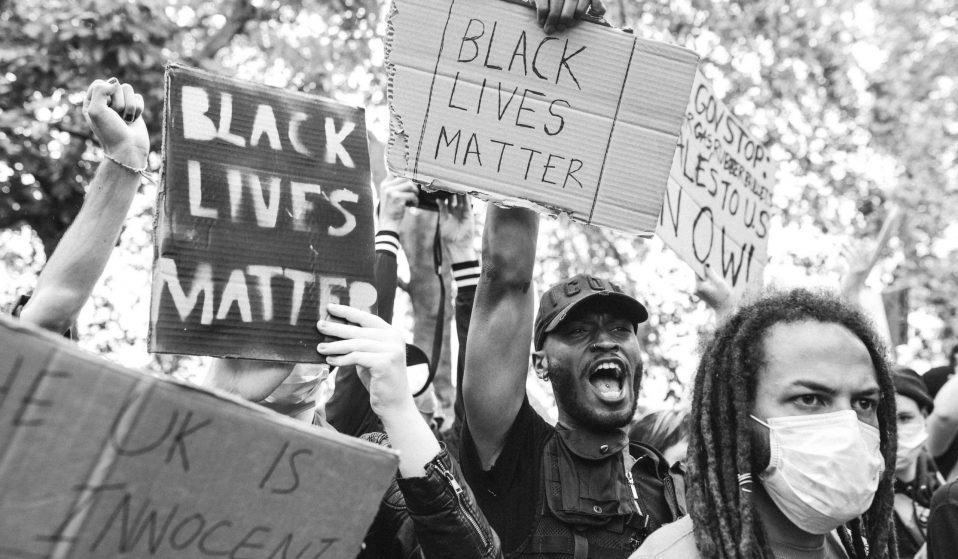 The government has put the feelings of those offended by spray paint on stone above concerns for racial justice. It reveals an uncomfortable truth.

This week, the government put the feelings of those offended by spray paint on stone above concerns for racial justice. It reveals an uncomfortable truth about their priorities.

In 2019, two young lesbian women were attacked on a bus. They were verbally abused, pelted with coins and then physically assaulted. Images of their bloodied faces made headlines. The three young men who carried out the attack were prosecuted, and received community sentences of around four months each. In the case of one of the young men, the judge ruled the attack was motivated by homophobia.

Under new legislation proposed by the government this week, had these three young men instead turned their fire on a stone monument – such as the cenotaph – and were then successfully prosecuted for it, they would be liable for imprisonment for up to 10 years.

These proposals come during a time of fierce national debate surrounding felled and damaged statues. During the recent Black Lives Matter marches in London, graffiti was daubed on both the cenotaph and Winston Churchill statue in Parliament square, while in Bristol, a statue of slave trader Edward Colston was pulled down and tossed into the River Avon. (In response, thousands of far-right demonstrators descended on London last weekend to ‘protect’ monuments from further harm.)

Many have been outraged by the proposed legislation, which has been backed by Keir Starmer’s Labour, causing disquiet within the ranks of the party. Because there can be no doubt that the proposed law is ludicrous, pitching the spray-painting of a piece of stone as more heinous than most offences committed against actual people. But the outrage goes much deeper than that.

This week, the third anniversary of the Grenfell Tower fire was commemorated, with green light being shone across the country in memory of the 72 that died. The inquiry into the fire is still ongoing, with seven families still not permanently rehomed and at least 56,000 people still housed in blocks with dangerous cladding. No one has faced any charges for the fire, and not a single new piece of legislation has been introduced since.

On the streets with the Black Lives Matter activists during recent demonstrations, you’d hear calls of, ‘Justice for Grenfell’, alongside regular references to the Windrush Scandal of 2018. Two years since a ‘Lessons Learned’ review into Windrush was commissioned, and three months after its findings were published, the Home Secretary Priti Patel has still not reported on what kinds of changes will be implemented as a result. On Monday, during her statement to the House on the far-right violence of the weekend – in which she introduced the proposed new war memorial protection legislation – Patel was repeatedly asked about the Windrush Review. She declined to give a date for presenting her Windrush plans to the house, simply saying, “Before summer”.

These demonstrations have been subverted by thuggery.

From this, we can assume that this government puts the feelings of those offended by the site of spray paint on a piece of stone above their concern for black and minority ethnic lives. The announcement of another inquiry into institutional racism – headed by a woman who has said she doesn’t believe in it – only reinforces this. Why? Because there are still 250 recommendations from a raft of inquiries into racial disparity – such as the Lammy Review and the BAME Covid report – that have yet to be implemented.

On top of that, current criminal damage legislation in this country currently includes a sliding scale of harm, meaning the most extreme examples of it are already punishable by up to 10 years in prison: the idea being, the more damage you do, the higher the punishment. But the new legislation seeks to create a different track for those targeting war memorials, removing the harm principle altogether. Two days after the far-right demonstration in Parliament square, a man who urinated next to the memorial for PC Keith Palmer was sentenced to seven days in prison. A decade ago, during the student protests of 2010, Charlie Gilmour was sentenced to four months in prison for swinging from the flag of the cenotaph. The point being, we already have legislation in place to ‘deal’ with these crimes.

The uncomfortable truth is that this posturing, seeking to play to the Conservative party’s increasingly far-right base, represents yet another attack on our right to protest. Last year’s Extinction Rebellion Uprising saw the controversial implementation of Section 14 powers across London to stop demonstrations – an implementation, backed by Patel, which was later found to be unlawful. Elsewhere, in 2018, three environmental protestors were jailed for the first time since the ’30s for their part in the blockade of a fracking site in Lancashire. In my own case, I, along with 14 others, was convicted of terror-related offences after locking on to a deportation charter flight at Stansted Airport in 2017. The charges, never used against peaceful protestors before, were approved by then-Attorney General Jeremy Wright MP QC.

In their manifesto, the Conservatives committed to rewriting the Human Rights Act and implementing a new trespass law which will have widespread impacts on both the GRT community and protests. Last week they announced plans to bring in ‘express courts’ – based on those that ran in the aftermath of the 2011 Riots – to deal with an anticipated ‘summer of disorder’, promising to put ‘violent criminals behind bars in less than 24 hours’. (In response, human rights organisation Fair Trials said the so-called “fast track justice” was a “fast track to injustice”.)

The speed and decisiveness at which government the government has acted to protect bits of stone has been far and above their response to the threats facing black and minority ethnic people in this country. Their attacks on the rights to protest under the guise of protecting monuments is transparent. They reveal more than just ambivalence towards black lives, or human rights. It shows they’re scared. It shows they have no actual answers to the questions hundreds of thousands on the streets have been screaming out. It shows, above all else, that we must keep pushing them. 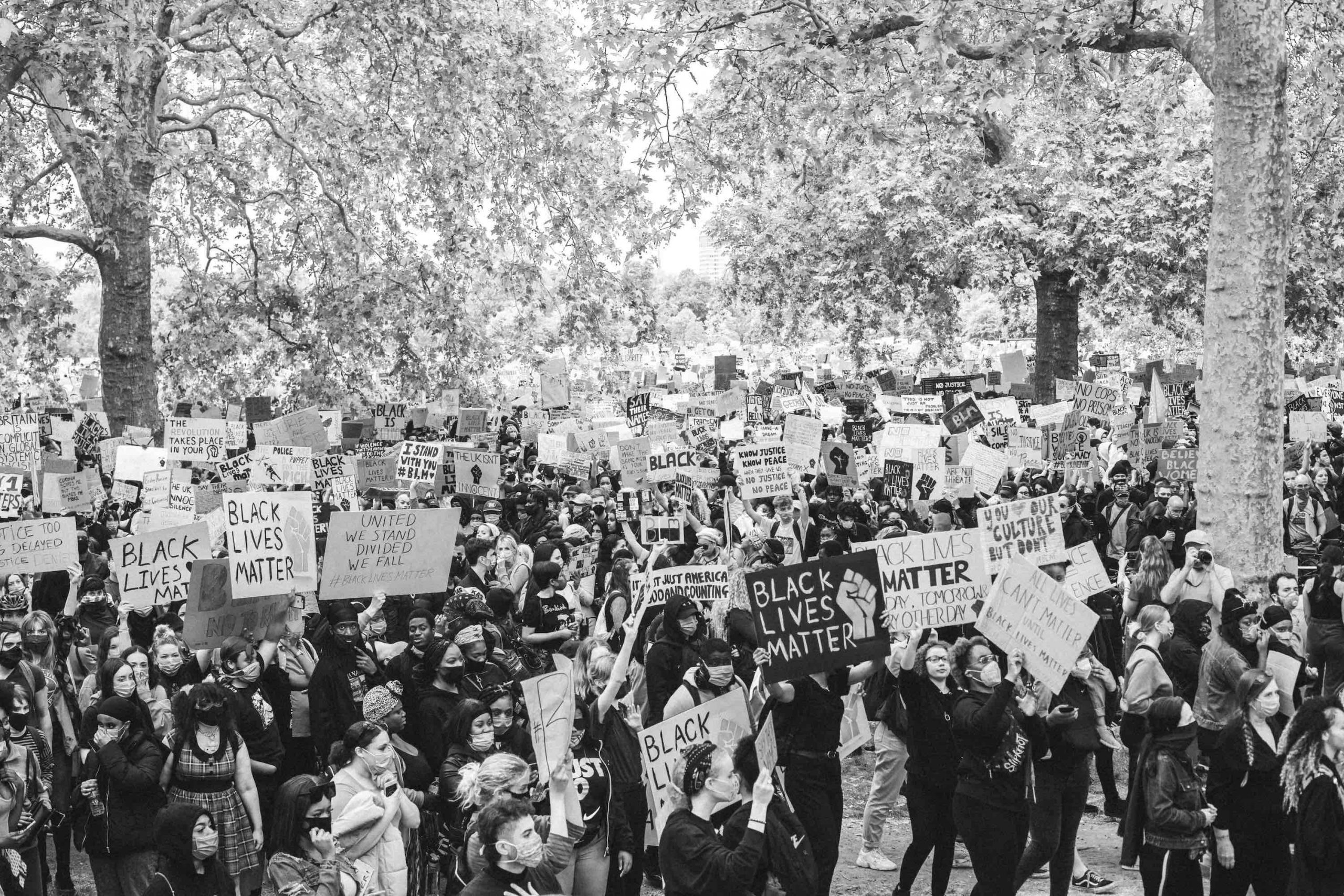 Linkedin
RELATED ARTICLES
OTHER ARTICLES
The curators of a new exhibition are hoping to shed light on Plymouth’s vibrant but often overlooked nightlife.
Proposals to introduce a minimum GCSE threshold for student loans will disproportionately affect those from marginalised backgrounds.
The singer-songwriter discusses her intimate new project – and the advice she’s picked up across a career as one of rock’s leading voices.
A new report has found that the majority of Britains approach trans issues with compassion. It’s about time this was reflected by our media landscape.
Writers Gracie Mae Bradley and Luke de Noronha take on the callousness of borders, arguing for a world beyond them.
Over a dozen Stop Deportation activists locked themselves to each other outside a detention centre to prevent coaches taking those due to be on the Rwanda deportation flight from leaving.