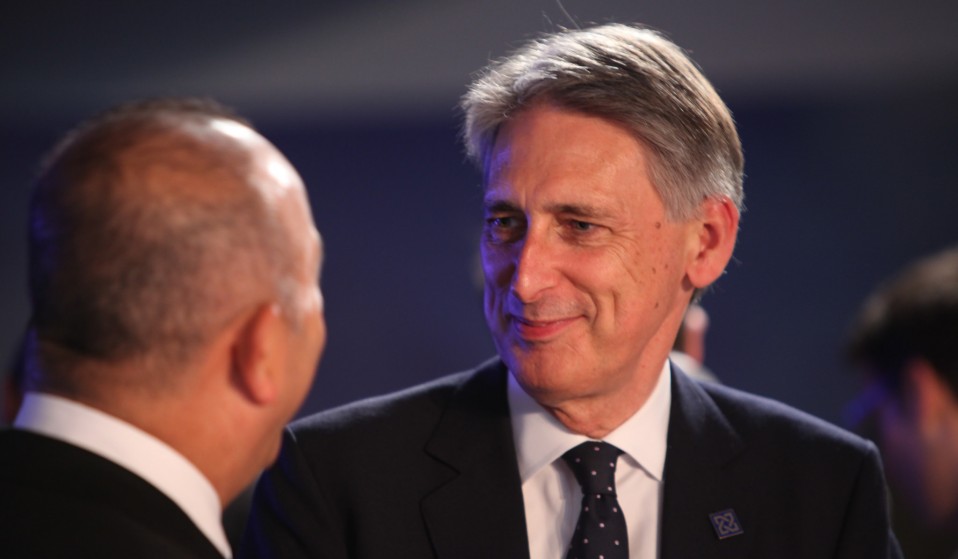 A railcard isn't going to fix the housing crisis and zero hours contracts... It's a railcard.

The Tories tried to bill today's budget as a win for young people, but a railcard isn't going to fix the housing crisis or take on precarious working conditions, writes Dawn Foster. It's a railcard.

Try to calm yourself – it’s the most wonderful time of the year. Not Christmas, but the all-singing, all-dancing first ever Autumn Budget – replacing the traditional Spring Budget and Autumn statement, rolling the two financial announcements from the Chancellor of the Exchequer into one. In the days leading up to the budget, the Tories were briefing heavily on what might be included the statement, particularly for young people.

The Tories have a huge and burgeoning problem with the youth vote, in that young people simply aren’t voting for the Conservative party. In the general election, the Tories saw their vote fall in every group under the age of 49. At the Tory party conference, every fringe event I was invited to talk at was full of panicking party members and MPs, with the baleful complaints from the besuited Tories that Jeremy Corbyn had ‘bought votes’ with tuition fee promises and panic that the housing crisis was driving the young into Labour’s grateful arms.

This mentality informed the Tory trailing of the budget: there were rumours of a new railcard for 25-30-year olds, the flashy grab for votes they viewed as akin to Labour’s pledge to scrap tuition fees, and rumours of measures to combat the housing crisis.

The budget itself was a cavalcade of dad jokes from the charisma vacuum that is Philip Hammond. Spare a thought for his beleaguered advisors, desperately trying to inject some fun into a politician who makes Gordon Brown look like the life and soul of a party. The railcard was met with a reaction akin to a damp firework. And on housing, the announcements proved yet again that the Tories fundamentally misunderstand what problems are actually facing young Britons.

What was announced? The scrapping of stamp duty for homes up to £300,000 is, Hammond said, designed to help people own their own home. Anyone following the housing affordability clusterfuck in the UK will realise that for homes in London, this won’t necessarily buy you a home: the average house price in the capital is just over £500,000. For those people, they’ll be relieved of stamp duty on the first £300,000. The devil is always in the detail: this essentially gives you a saving of £5000 on a home. To buy that home in the first place, you’ll generally need a deposit of at least 20 per cent: a few calculations show me that if I want to buy a £300,000 home in five years time I need to save £958 a month – this stamp duty rule means I can instead save only £874.

Utterly brutal: the OBR verdict on the stamp duty exemption for first time buyers. House prices are will rise and main beneficiaries will be existing property owners pic.twitter.com/4qUByOjnnj

No one I know can afford to save that: most of my friends in London struggle with their rent. Essentially, it’s a pipe dream that does nothing to address genuine affordability but gives a small boost to people who’d be able to afford to buy in any case, with parental help or super high wages.

The Office for Budget Responsibility points out that the stamp duty policy will simply push house prices up, rather than actually help young people afford homes. The Tories’ previous policy to supposedly help young people ‘get on the housing ladder’, Help to Buy, did the same thing: artificially propping up house prices while only benefiting people who could afford to buy homes anyway. Rather than actually address the fact young people are struggling to buy their own homes, both policies give kickbacks to people who are already doing well for themselves.

Hammond also announced “£44billion more for housebuilding”, but when the budget documents are scrutinised, it’s clear that only £15bn of that announcement actually constitutes new money. The Tories are actually building far fewer homes than Labour were before the financial crash, and the number of social rented homes has plummeted from 39,570 in 2010 to 5,380 in 2016/17: while more people in poverty are forced into housing in the private sector, for young people the cost of private renting will increase and the ability to save for deposits will be diminished.

The budget also completely ignored workers’ rights: one of the many reasons younger people struggle so much more than their parents is the shift away from job security to the gig economy and short-term or zero-hours contracts. It’s difficult to save if you’re earning little, even harder if you have no idea how small your next payslip could be. In terms of housing and employment rights, millennials are trapped in a cycle of utter precarity, that benefits private business and landlords, and dissembles any attempts at planning for the future.

As Corbyn pointed out in his response to the budget, “working class young people are now leaving university with £57,000 of debt” and then entering a precarious, poorly-paid workforce with no real prospects for home ownership, professional security, and essentially the future. A railcard that costs 30 quid and only saves you cash off extortionate rail fares off-peak won’t win people over to the Tory party. Young people need a reconfigured, reimagined economy with workers and communities at the heart of its concerns, not flashy attempts to grab headlines that as ever, come to nothing when the smoke clears.

Linkedin
RELATED ARTICLES
OTHER ARTICLES
Photographer Sean Maung reflects on documenting a small town in Pennsylvania afflicted by high levels of unemployment, poverty, violence, crime, and addiction.
At his West Bank restaurant, Fadi Kattan established himself as the voice of modern Palestinian cuisine. Now, he’s bringing his innovative, bold flavours to the UK’s capital.
Since 2007, Gideon Mendel has made 20 trips to document floods in 13 countries. The result is an alarming record of what has already been lost to the climate emergency.
Tristan O’Neill’s shots of dancers caught in moments of reverie at the height of rave’s golden age are a testament to the UK’s legendary club culture.
A new film from Berghaus traces the story of Adam Raja, who left behind a turbulent upbringing to discover the healing power of climbing.
As she gears up for the release of her first book, the 24-year-old climate activist talks standing up to authority and building a more inclusive movement.