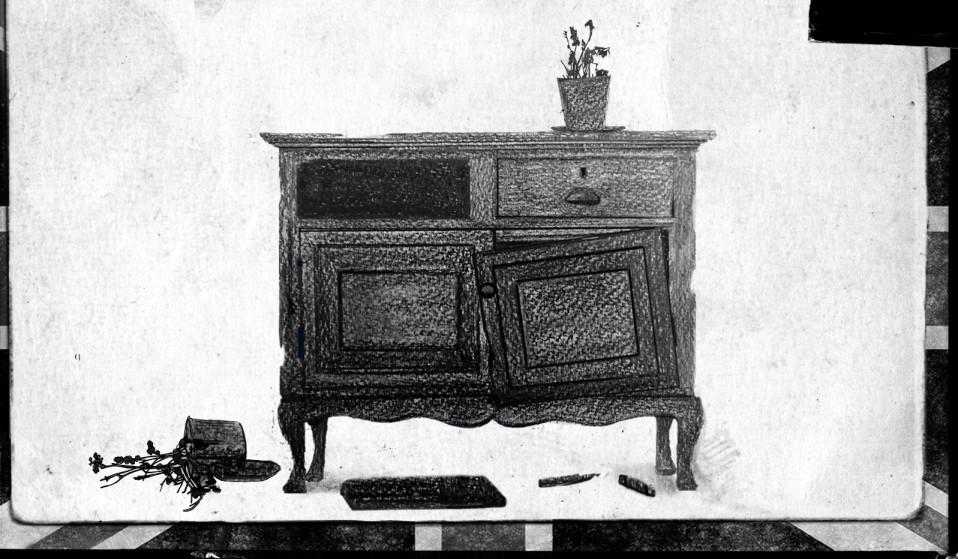 From alleged sexual assaulters to arrogant bullies, the ministers charged with running the United Kingdom have a stink of putrid decay.

The Conservative government is out of control. It’s doing doughnuts in an abandoned industrial wasteland. It’s riding through a champagne reception on the back of a pig, shouting “fuck the world” as it stuffs all available canapés into its face. Prime Minister Theresa May will do anything to stop her government falling apart including, it seems, letting her ministers do whatever the hell they want until the press makes it more or less impossible for her to keep burying her head in the sand.

Again and again, day after day, the British public is being sacrificed on the altar of the Conservative party. Theresa May’s survival is apparently more important than governing 65 million people. The whole cabinet should be put thrown into the bins outside Downing Street but as it is, they’ll remain where they are.

Just as, during the summer of the referendum vote, you couldn’t look away from the internet for more than about five minutes without some new bombshell being dropped, the last two weeks have seen a pile-up of scandals that, taken together, are enough to bring down a government.

Last week, former defence secretary Michael Fallon was forced to resign after a series of allegations of sexual misconduct emerged. Cabinet minister Damien Green is currently under investigation, though denies any wrongdoing.

Instead of replacing Fallon with an experienced public servant capable of being the person in charge of the nation’s security, Theresa May promoted one of the most hated men in her party, Gavin Williamson, despite him having no experience as a cabinet minister. As a former chief whip, Williamson knows where the bodies are buried in the Conservative party. His appointment suggests that Theresa May thinks it’s better to keep her terrible show on the road by keeping sweet with, and promoting, a man with potentially damaging secrets, rather than take the defence of her country seriously. She has responded to a long-overdue reckoning with Westminster’s culture of sexual harassment by playing political games and promoting an unpopular, barely qualified man.

This week, the great crashing boulder of Tory horror thundered onwards, with Boris Johnson endangering the wellbeing and possibly even the life of Nazanin Zaghari-Ratcliffe, a British-Iranian woman serving a five-year sentence for allegedly plotting to topple the Tehran government, by saying that she had gone to Iran to teach people journalism. An Iranian government website has used Johnson’s comments as proof that Zaghari-Ratcliffe has been lying to them.

Boris being Boris – a bloody great joker who can do whatever the hell he wants! – he refused to apologise, using the “I’m sorry if you were offended” line. For him, life and politics are a great ruse and the aim is individual victory. The concept of doing a serious job on behalf of the British people doesn’t seem to be one Boris Johnson is familiar with, even as his country struggles with its ever-diminishing place in the world.

Again, Theresa May puts her survival first. Boris is too big to fail. Sacking him could turn an already burning house into ash. So she puts her fingers in her ears and hopes that it will go away, or that Johnson will do something unprecedented and take himself out, leaving her clean.

Then there’s international development secretary Priti Patel, who has been acting so strangely that some are even saying her conduct resembles that of a spy for the Israeli government, taking a series of secret meetings arranged by lobbyists and discussing the prospect of funnelling British aid cash to the Israeli army. The Jewish Chronicle is reporting that Theresa May knew all about these meetings but did not want their existence known by the foreign office.

Oh, and Theresa May and chancellor Philip Hammond apparently hate each other. There’s really no point in me giving you the details because each new minute brings fresh revelations of collusion and conduct that, if not corrupt, is very, very poor. It’s a real feast of intrigue and it would be funny if it weren’t so depressing.

Patel will probably be sacked but only because the sheer weight of dirt on her is now too heavy even for May to ignore. A prime minister with even just one per cent of integrity would have got rid of her already. Meanwhile, Boris Johnson remains an embarrassment to the department he leads, an unfortunate symbol of Britain’s vastly diminished role in the world. He is also a symbol of how unserious British foreign policy has become and how hypocritical it is. Foreign office staff can’t believe they work for him and yet in face-to-face meetings they often warm to him because of the bumbling charm he has been able to deploy throughout his career.

Johnson’s refusal to apologise even for severely threatening the freedom of a British citizen tells you all you need to know about the privilege that has carried him through life. Patel’s arrogance at taking secret meetings in one of the most politically sensitive parts of the world tells you the same. Both of these politicians see their public positions as a way to enrich their narcissism and feed their egos.

At this moment, the world’s nations are gathered in Bonn at the COP23 climate change summit, attempting to discuss ways in which climate Armageddon can be averted. Offstage, British officials apologise for the state of their government. The Paradise Papers have revealed, again, the depth of the problem of international tax avoidance. A British woman languishes in an Iranian jail. Brexit is apparently meant to happen. Public services are falling apart.

These are serious issues that need to be handled by serious public servants. But what we have in Britain is an elite class of entitled, arrogant and corrupt individuals out for themselves, a cabal that proves again and again that Britain is closer to a kleptocracy than a meritocracy.

A government is supposed to be equipped to at least try and deal with the challenges our society faces. Those challenges are many and they are growing. As it stands, Theresa May and the Conservative party are locked into a battle not only for survival but with each other, too busy waging war within to pay attention to a nation falling further and further into neglect.

Boris Johnson once said that the problem with the continent of Africa was “not that we were once in charge, but that we are not in charge anymore.” Tories have long delighted in portraying post-colonial states as corrupt backwaters run by fools. Britain is beginning to live up to that depiction.

Linkedin
RELATED ARTICLES
OTHER ARTICLES
For decades, an area of East London has served as a community hub for Vietnamese people looking for a taste of home.
Whether it's partygate, the climate crisis or the spiralling cost of living, the fightback begins on the picket lines writes Tommy Vickerstaff
Proposals to introduce a minimum GCSE threshold for student loans will disproportionately affect those from marginalised backgrounds.
In the latest instalment of Photographers in Conversation, the chronicler of raves, protests and beyond explains why he’s drawn to such specifically visceral environments.
Photographer Matthew Brookes recalls following a group of young people in Venice Beach living in search of the perfect wave.
LGBTQ+ students are keeping the spirit of the original Pride alive by fighting for liberation for everyone, not just their community.