News & Politics / Opinion / How hard is it to be a freelance writer outside of London? 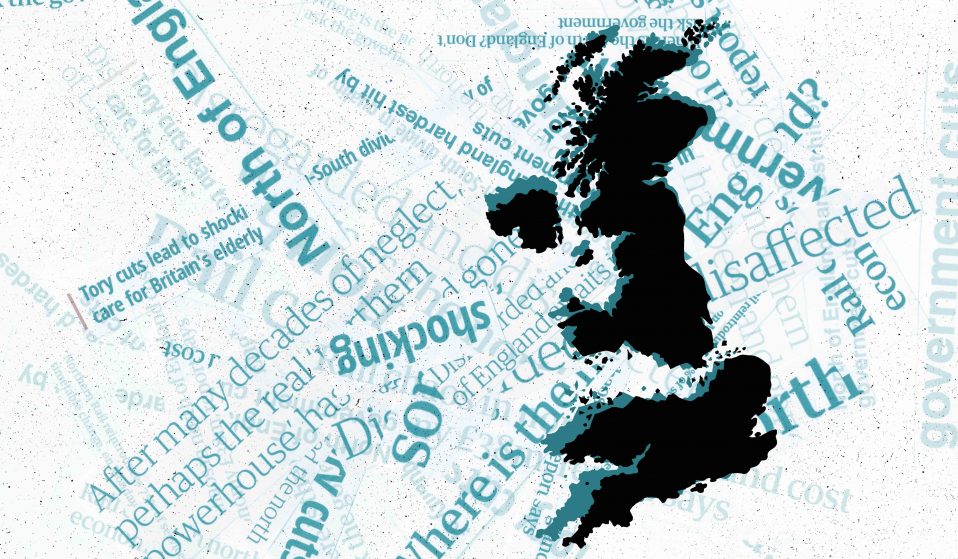 In The Great Divide, we examine the ever-changing relationship between the North and South of England. Here, Sheffield-based journalist Daniel Dylan Wray shares his experiences as a writer stuck on the outside of the London bubble.

In The Great Divide, we examine the ever-changing relationship between the North and South of England. Here, Sheffield-based journalist Daniel Dylan Wray shares his experiences as a writer stuck on the outside of the London bubble.

The term “North-South divide” is unwaveringly omnipresent. It crops up in reports that find people in the North are 20 per cent more likely to die early, or in conversations around the “brain drain” that sees hundreds of thousands of university graduates leave annually. Earlier this week, we heard it again, when it was revealed that an estimated £38m had been lost from the North’s economy due to the current rail crisis.

So, if we are to believe that there’s an ever-deepening gulf between North and South, in terms of culture, money and opportunity, then what is it like to work in an industry based in the south but to live in the north?

A blessing and a curse is the honest answer. I work as a full-time arts and culture journalist in Sheffield, and not a single publication I contribute to is based here; nor do I know anybody that does the same job in the city. It can be a strange and isolating existence, but also a liberating and autonomous one.

As a result of being in a city that doesn’t offer national internships, placements, freelance shifts or any tangible link to the profession I sought to break into, I spent many years fumbling around in the dark trying to locate the entry door, but frequently opening trap doors instead.

It’s easy to remain naive when you’re detached from the guts and mechanisms – and those crucial avuncular people – of an industry. I spent evenings and weekends writing for free while maintaining spirit-crushingly banal admin jobs before bits of money started to drip in, and relationships with editors and publications were built. Over about 8 years, I managed to turn a hobby into a full-time job.

Sometimes location doesn’t matter one iota. When you’re interviewing someone via Skype who lives in another country, or doing work for an American publication, there are days – most days, in all honesty – when the location is irrelevant. But on other days, it can be crucial, and you miss out on work as a result. It’s then easy to feel excluded when you work alone in a room all day, as it is in any profession in any location, but when you’re in a position of essentially having no IRL colleagues or anyone to chew the work fat with, it can feel a bit like self-quarantining. Sometimes you crave the camaraderie and social interaction that comes with being at the epicentre of something, or even just being able to celebrate a job well done or sink a pint after a shitty day with someone who can empathise.

Whilst I mostly write about music, which is flexible and geographically fluid, avenues into mainstream film writing have been blocked due to the London-centric nature of that world. Press screenings, premieres and interviews always take place there and regular train travel can be expensive to the point of being debilitating. However, expensive, inconsistent and poor train services are not unique to the North – just ask the long-suffering users of Southeastern Railway. Similarly, geography as a barrier into media is not unique; race, class, gender and sexuality are all continued obstacles even if you have the beating heart of that world on your doorstep.

However, chances are if you’ve decided to live and work in the North and through determination – or stubborn idiocy depending on your outlook – have managed to crack into an industry from the outside with a crowbar, then you’re already pretty comfortable doing things by yourself and have built a pretty robust carapace. Plus, attitudes are changing and any decent forward-looking publication will be making diverse voices a priority, and this includes those from outside of London.

Finding your place in a world that is literally and metaphorically far away can be tricky, often feeling insurmountable. It can be a long, unpredictable and lonely route, but thankfully it’s one that has paid off for me. Perseverance has been crucial. Doing my job in Sheffield once felt like self-imposed estrangement – but now, it’s something I’ve managed to make into an asset.

Linkedin
RELATED ARTICLES
OTHER ARTICLES
Yesterday thousands gathered outside Buckingham Palace after news of the Queen’s death broke.
Cindy Campbell recounts how her brother ushered in a new era of musical culture at a party she held in the Bronx in ‘70s.
By turning a real-life crisis into daytime television fodder, TV bosses have once again shown themselves to be completely out of touch with audiences.
The idea that a younger generation is abandoning work has become a popular narrative online, but it doesn’t necessarily reflect reality.
A 37-year-old woman shares how her abortion led her to become a clinic worker, and the abuse she’s received in that role.
As the Scottish government announces a rent freeze, an activist with Living Rent who fought and won shares how they did it, and what must come next.