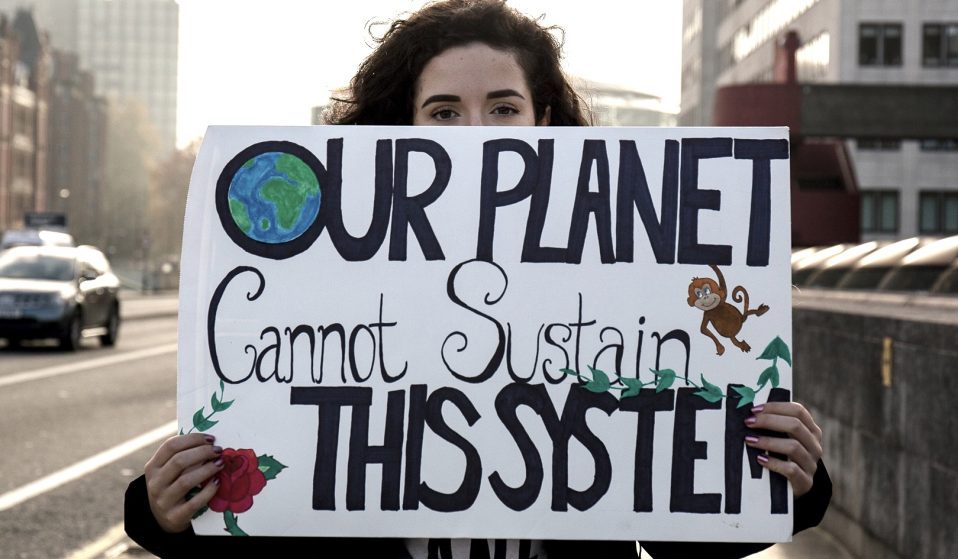 The Coronavirus has shown that, when the wealthy are at risk, we can mobilise state power and plough public funds. It’s time we did the same for the climate crisis.

The Coronavirus has shown that, when the wealthy are at risk, we can mobilise state power and plough public funds. It’s time we did the same for the climate crisis.

A week is a long time in pandemics. What just a few days ago seemed unthinkable, is now urgent and undeniable. Many who openly mocked Labour’s apparently profligate manifesto are now calling for worker’s rights, an expanded welfare state, universal basic income and curtailing power of rentiers.

With a street movement snapping at his heels, French President Emmanuel Macron has announced an extraordinary series of temporary reforms to support individuals and businesses through the coronavirus crisis. US President Donald Trump – Donald Trump – is toying with cash handouts and a freeze on evictions.

These leaders haven’t caught the bug of socialism overnight, of course. Their investment strategies are overwhelmingly geared towards propping up domestic industries and finance markets, and the handouts to ordinary people pale in comparison to those offered to airline companies, the City, and Wall Street. But they find themselves having to rapidly adapt to survive in the uncharted terrains where business as usual promises a surefire health catastrophe. The Overton Window factory has been firebombed by COVID-19, and the political classes will be picking glass shards out of their suits for a long time to come.

On the right, social programmes, properly funded public institutions, and state intervention in the economy has typically been deemed too expensive. It’s better to cut back, spend little, and rely on free-market pioneers and venture capitalists to deliver us from the hopeless doldrums of post-crash life.

It’s the same with the climate crisis. As the clock ticks down the seconds to runaway disaster, those with the levers of state power continue to fritter away time with their concerns about how it will affect the next quarterly GDP figures or the stock prices of fossil fuel companies.

But when the Coronavirus hit, politicians reached deep into pockets they had claimed were empty, for instant billions of dollars of funding. This money is set to outstrip the 2008 bailouts, and will likely climb higher as governments are effectively forced to put capitalism on hold in the pursuit of short term survival and long term stability.

This isn’t a new story. Mainstream economic history has taught us that banks and big business often come before people, and cannot be allowed to fail. But the scale and speed of the state responses to the Coronavirus crisis only prove that the money was always there. As writer Sarah Jaffe pointed out, the claim we can’t tackle climate change is going to look really, really stupid now.

The jig is up. If we can mobilise state power and plough public funds into shielding the wealthy from this current crisis, we can do the same for one that poses an unfathomably bigger threat to both humanity and the world economy.

Now is the time to choose whether we attempt to patch and stitch the global economy back to a disastrous normal, or be emboldened by the endless unwitting confessions that no article of hope is too radical or too pricey. Now is the time to choose the future we want, and damn the panicked self-pitying chorus of oligarchs preaching impossibility, as every day the death tolls mount and the temperatures rise.

Linkedin
RELATED ARTICLES
OTHER ARTICLES
In the wake of the decision by the supreme court to overturn Roe v Wade, thousands of protestors filled the streets to express their rage and anguish.
Whether it's partygate, the climate crisis or the spiralling cost of living, the fightback begins on the picket lines writes Tommy Vickerstaff
Proposals to introduce a minimum GCSE threshold for student loans will disproportionately affect those from marginalised backgrounds.
Photographer Bruce Gilden discusses his series documenting the overlooked factory workers, labourers and other people residing on the margins of English society.
A new edition of a seminal book brings together iconic images of the band onstage in their full glory and backstage in moments of unguarded camaraderie.
Freddie Miller’s new series of photographs investigates who today’s trainspotters are and what drives their unfettered enthusiasm.