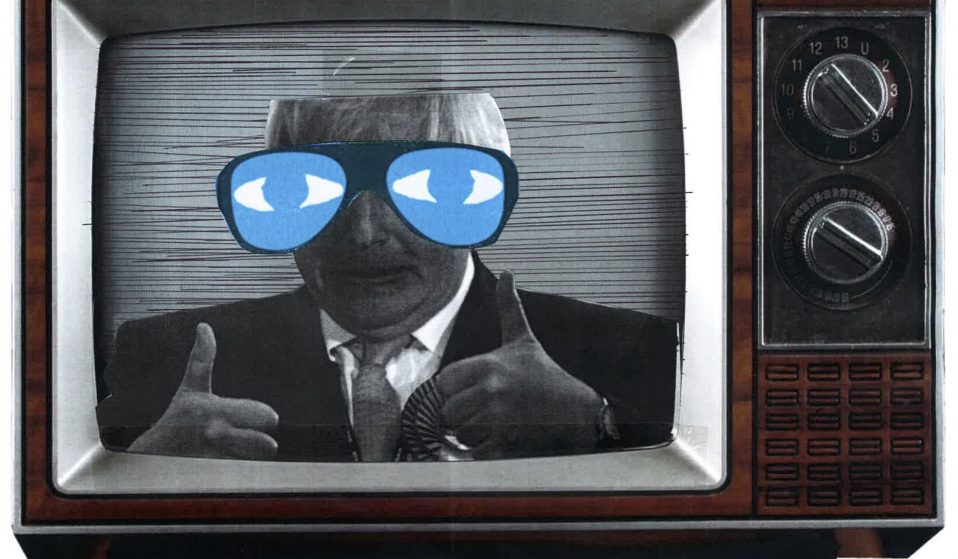 Science is complex, but it is the government’s role to convey the information the public need in a manner that is understandable. So why aren’t they doing that?

Science is complex, but it is the government’s role to convey the information the public need in a manner that is understandable. So why aren’t they doing that?

Spend more than a few minutes on Facebook, and you’re likely to butt up against an aesthetically offensive meme shared by an older relative harking back to the halcyon “olden days”, when ‘health and safety’ was a thing of the past, and uncles in their late 50s seem utterly convinced they both survived World War II and personally fought in it.

Now, these memes have evolved to incorporate the Coronavirus, even migrating to the Times opinion pages. There, a man who was nine-years-old at the end of said war stated his belief that having survived mandated rationing of certain foodstuffs, he can also survive a novel virus that particularly affects older people, like him, with underlying heart conditions.

The government have notably diverged from nearly every other country in their response to the virus: other leaders have sought to swiftly prevent mass gatherings, and encourage home working wherever possible. They’ve also closed schools, knowing that while children seem to be less afflicted by the virus, they are grimy creatures that can easily transmit the pathogens; much as those under 30 experience milder symptoms due to robust health, but pass it on to those more at risk. This difference has understandably led to the public questioning why the Conservatives have taken this path: South Korea and China locked down, and are now notably in control of the disease. Italy moved a little too late with self-containment and social distancing strategies, and are now in the grip of utter disaster, forced to decide who lives and dies in hospitals with too few beds and respirators, even in Lombardy – one of the richest Italian regions with medical facilities to rival the best in the world.

Supporters of the government have dismissed this public unrest as foolishness from “armchair epidemiologists”. But buying political arguments without question is foolish at the best of times. When you’re potentially gambling with the lives of you and your loved ones, it’s a form of self-harm via idiocy. The electorate don’t pretend to know the precise details of how this new virus will affect the population, but they have a right to ask why the government has decided every other country is wrong. The role of the government should be to keep the population safe, but also to explain the paths it has taken, and what the desired outcomes and potential risks are. When David Cameron and George Osborne pursued austerity, they took time to sculpt a false argument that the economy was akin to a household budget; that we needed to “tighten the purse strings”. They dutifully toured television studios and wrote opinion pieces claiming that we were “all in this together” (at the same time, government millionaires cut subsistence benefits to the most vulnerable disabled people).

Johnson’s government are far more chaotic. Rather than explaining each decision carefully, they assume that blithely stating “we are being led by science” will assuage public concern and stop awkward questions. But it emerged last week that a considerable amount of that “science” was behavioural science: the Nudge Unit Cameron used when attempting to launch his ‘Big Society’ repeatedly in the early 2010s until becoming resigned to the fact it was going nowhere. The Big Society was key to austerity working successfully: cloaking it in fluffy language, Cameron envisaged an army of volunteers stepping up to run libraries, youth clubs, and look after older people in the community. Essentially, the Old Etonian wanted to strip public services to a skeletal structure, and let the public fill that deficit of unmet need by volunteering.

The Nudge Unit planned to use behavioural insights to attempt to encourage and coerce people into behaving certain ways. Their two biggest successes are the introduction of automatic opt-in on workplace pensions, and encouraging people to file tax returns in time by means of constant text messages. This doesn’t speak highly of their effectiveness in the dark powers of subconscious psychology: begging and badgering people via text is neither subtle nor subconscious, and making employers sign workers up to a pension is even less so. If it functions properly, The Nudge Unit should be able to devise a way to stop people stockpiling toilet roll and pasta. It shouldn’t, in any parallel universe, be responsible for a government’s response to a new, deadly virus we know very little about.

What the public have responded well to is straight advice: people are now acutely aware they should be washing their hands properly, how to do it and for how long, and are far more mindful of how pathogens are spread, simply because they were given the advice and the importance of that knowledge was properly communicated to them. Refusing to reveal the advice and reasons for the government’s decision-making is the opposite: hunkering down and being secretive is typical of both Johnson and his chief adviser, Dominic Cummings. Both are arrogant men who foster a belief that norms and mores do not apply to them: an over-inflated opinion of their own intelligence, and a disdain for the social niceties and protocols that keep society functioning without full-scale interpersonal conflict. Refusing to share the impetus behind their decision-making is highly on brand, but it has and will lead to panic and decreased trust in the government. Science is complex, but it is the government’s role to convey the information the public need in a manner that is understandable.

The United Kingdom has one of the lowest rates of intensive care beds and respirators per capita in Europe. It has a health system that has just been through 10 years of chronic underfunding. It has a high rate of both fuel and food poverty and a loneliness epidemic that particularly affects older people. And it has a government who are treating the public with contempt by refusing to be open and explain its decision-making unit public outcry forces their hand. Without a swift change in tactics and a commitment to being completely open in sharing the scientific and social information they are receiving, the public will continue to panic, trust in government will collapse, and dodgy Facebook memes from your uncle Nigel will reign supreme in lieu of legitimate advice and information.

Linkedin
RELATED ARTICLES
OTHER ARTICLES
The first-generation graffiti artist reflects on the tagging’s emergence as an art form and the players who pushed the medium forward.
Activists and campaigners are fighting back against new laws that would seriously undermine the ability to take industrial action, calling it an attack on fundamental workers' rights.
Yohon Tatum, aka Legendary Father of the House of Tisci, reflects on nurturing a new generation of talent.
A new film from Berghaus traces the story of Adam Raja, who left behind a turbulent upbringing to discover the healing power of climbing.
After blocking the Scottish government’s gender recognition reform bill, Westminster is now devising further changes to the law to make it harder for trans people to self-identify.
Campaigners reflect on what the supreme court’s decision to allow buffer zones in NI means for the future of reproductive rights in the UK.