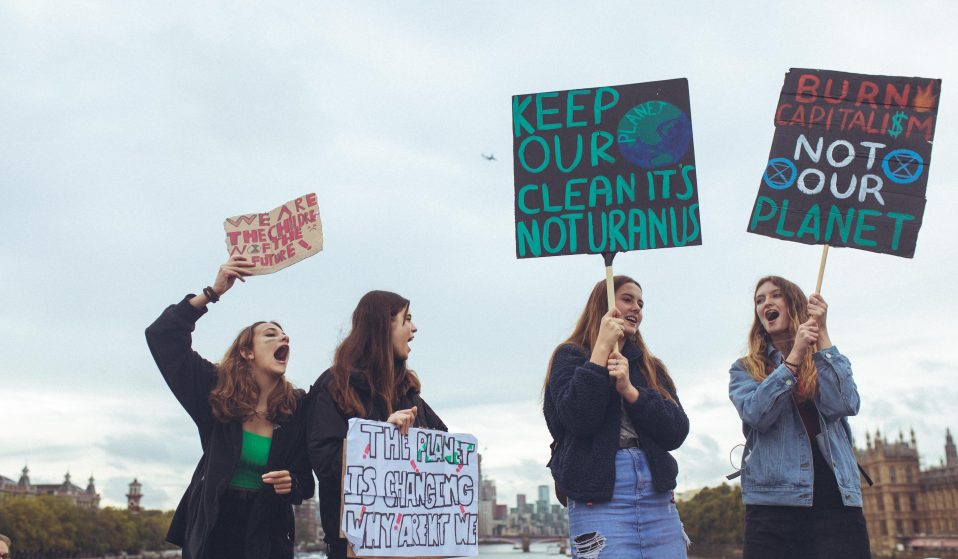 It’s easy to dismiss young people, but we seem to have grasped the coronavirus crisis in a way the older generations have failed to.

It’s easy to dismiss young people, but we seem to have grasped the coronavirus crisis in a way the older generations have failed to.

There is a certain type of British commentator who loves nothing more than talking about The War. They are middle-aged or older, working at a right-wing newspaper, and they value good old-fashioned patriotism and tradition. I call it ‘The War’ because, although they usually say war in the general sense, everyone knows they are referring to World War II, when Britain was the ‘goody’, the enemy was a clear ‘baddy’ and there was no terrorism, oil, drones, social media radicalisation, or anything else like that involved to muddy the waters.

The coronavirus has struck a chord with ‘The War’ types. The public health disaster has been described as requiring the blitz spirit; some have argued that, with the pandemic, ‘generation woke’ finally has the war they so sorely needed. The language used, especially since Boris Johnson became ill, has been of those who contract the virus ‘fighting’ or ‘battling’ their way back to health. “Of course we are a nation at war,” one columnist declared, triumphantly, in a recent Daily Mail piece which slammed ‘liberals’ for refusing to admit the pandemic is actually a war.

But these references feel quaint, in a way, compared to the existential threat posed by climate change in the coming years. The UN’s environment chief Inger Anderson has warned that we should see the coronavirus as ushering in a new era of disasters, caused by our destruction of the environment. She pointed to the recent bushfires in Australia, which may have contributed to the deaths of 400 people, as another sign of what is to come if global temperatures continue to rise. Research released last week predicted that, unless greenhouse gases fall, entire ecosystems will collapse by the 2040s, with oceans hit first, as habitable temperature thresholds for animal populations are crossed. Scientists seem to come up with new findings like this all the time, and most people now accept that natural disasters will become more frequent. Yet governments continue to push the burden of dealing with them off into a future that simply gets closer and closer. For all the talk of ‘liberals’ and the young – or “generation woke” – needing a war, we seem to have grasped this new reality in a way the older generations have failed to.

While columnists were writing pieces hectoring millennials as ‘generation me’, young people were using social media to start mutual aid groups, already expecting the government to be ill-prepared and the burden of a solution to fall to communities. A YouGov survey taken in the earlier stages of the pandemic, on March 23, found around 14 per cent of people under 45 thought the government’s handling of the Coronavirus was going very well, compared to 27 per cent of those over 55. Anecdotally, many of my friends struggled to get their parents to take it seriously at first, and a slew of posts on social media confirmed this, with Michael Schulman also writing about the wave of boomer denialists in the New Yorker. Indeed, the early pieces making war comparisons with the virus were mostly arguments against older people having to accept the gravity of it, like when an 84-year-old penned a piece for The Times titled: “I survived rationing. I’m not scared of the coronavirus”.

This is purely anecdotal, but is anyone else noticing a trend of baby-boomer parents who aren't taking this seriously as their kids because they think they're immortal and want to keep going out for dinner and don't think of themselves as "old"? (Hi, mom.)

War is defined in the dictionary as: “armed fighting between two or more countries or groups, or a particular example of this”. This is clearly not what is happening now, and the comparison points between a group of countries fighting and a highly contagious virus that we don’t have a cure for, and which has infected people in almost every country in the world, are minimal, apart from the fact that both will lead to many deaths.

You can’t reason with a virus, or hold talks with its leader. People don’t battle with a virus, they recover from it (if they’re lucky, and young and in good health and with access to good healthcare). A virus does not sustain any wounds, and it doesn’t ‘lose’ battles: one person who recovers might help it pass to someone else who dies. The coronavirus doesn’t have an ideology or borders or resources; it just uses human bodies as hosts so it can survive and reproduce.

Those who evoke distant memories of The War when faced with a natural disaster like this one long for the comfort of a clearly defined, singular enemy; something against which we could ‘win’. But the idea that you can lie in a trench and shoot, furiously, at a virus, rising sea levels, or a drought would almost be funny if it wasn’t so sad. Unlike in a war, there are no national solutions, they have to be global and long term and may not necessarily be led by governments. Young people seem to be preparing for this. Maybe the coronavirus will be the thing that makes older generations let go of The War and start looking forward to the new type of threats we face too.

Linkedin
RELATED ARTICLES
OTHER ARTICLES
Activists and campaigners are fighting back against new laws that would seriously undermine the ability to take industrial action, calling it an attack on fundamental workers' rights.
A new film from Berghaus traces the story of Adam Raja, who left behind a turbulent upbringing to discover the healing power of climbing.
The pro skateboarder withdrew from the 2020 Olympic Games so he could come out as trans. Now, he’s hoping to encourage others to live as their authentic selves – within the sport and beyond.
Yohon Tatum, aka Legendary Father of the House of Tisci, reflects on nurturing a new generation of talent.
A group of aid workers face prison for helping to save people fleeing their homes at sea. If they are charged, it will have a chilling effect on humanitarian efforts.
A new law change is enabling Britain’s donor-conceived children to know the truth about their origins – but campaigners say the fertility industry must do more to protect people.