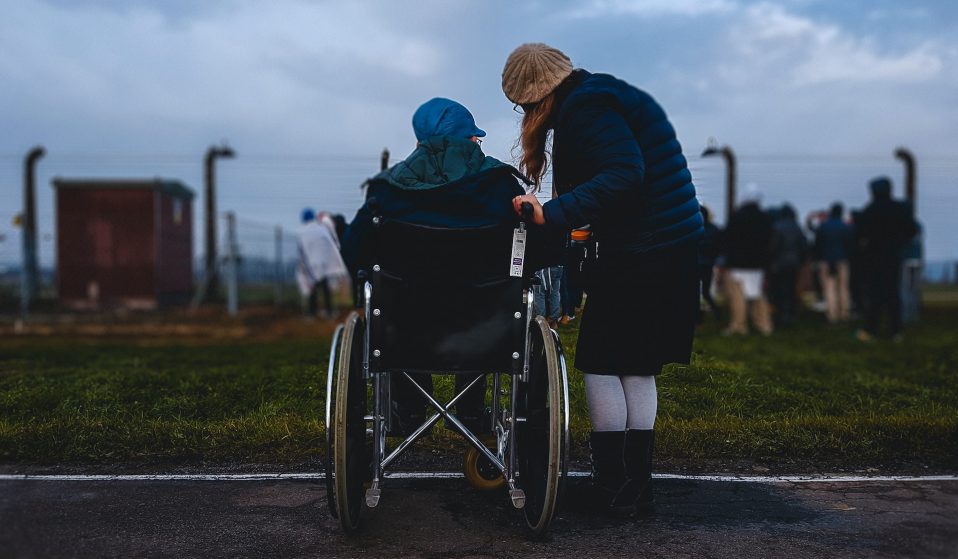 During the second wave of the pandemic, it was revealed that Covid patients with learning disabilities were given DNR notices. While shocking, the news spoke to a long history of sacrifices disproportionately falling on the shoulders of disabled people.

During the second wave of the pandemic, it was revealed that Covid patients with learning disabilities were given DNR orders. While shocking, the news spoke to a long history of sacrifices disproportionately falling on the shoulders of disabled people.

Earlier this month it was reported that do not resuscitate orders (DNRs) were being given to COVID patients with learning disabilities. The Care Quality Commission noted that these orders had caused potentially avoidable deaths, causing understandable shock and outrage from many corners.

One place that you wouldn’t find any shock was in the disability advocacy and activism communities. For many of us, this was just further confirmation of something that we already knew – that the lives of disabled people are seen as inherently less valuable than our abled counterparts.

This month, the Office of National Statistics reported that, even with factors such as pre-existing health conditions, poverty level, and location taken into account, there was still a “smaller but statistically significantly raised risk of death” for disabled people with higher support needs.

As Mike Smith, chief executive of the east London disabled people’s organisation Real told Disability News Service: “They can do all the explaining away that they like, but this shows disabled people are more likely to die for reasons unrelated to health conditions.

“The unadjusted numbers (which found that disabled people made up three-fifths of all Covid-related deaths) are so bad in part because disabled people are more likely to be living in circumstances, such as poverty or poor housing, that made them more vulnerable. Even after their adjustments, you are still 40 per cent more likely to die if you are a disabled woman.”

In March 2020, the National Institute for Health and Care Excellence (NICE) released guidance that all adult patients with Covid-19 should be assessed for ‘frailty’ and that those with a Clinical Frailty Score of 5 – those considered only mildly frail and in need of relatively mild support – may be steered towards end-of-life care. Alarmingly, the initial guidance suggested that neurodivergent people with higher support needs would be considered as ‘high’ on this frailty score and may be denied critical care if they caught Covid-19, despite the scoring system not being validated for use on younger people or people with learning disabilities.

Then, in April, we began to get our first reports of patients with life-limiting illnesses being asked to sign DNRs in the event of them getting Covid-19. One care company reported that three of its facilities had received written word from their GPs that all of their residents should have DNRs put in place if they contracted the virus. Word came through in May that patients with life-limiting conditions in at least one NHS Trust were being informed that they would not be able to get replacement parts for the ventilators that keep them alive, as the stock was being reserved for Covid patients.

According to Katie Inge, an independent disabled activist who has been monitoring these cases for the past year, this goes even deeper than the meagre press coverage so far has revealed. In our conversations, she shared a vast collection of tweets, messages and letters by people across the country reporting that they or their loved ones were being strongly advised, or even forced, to agree to DNRs. In one instant, an individual reported being told by their GP that they would not be put on a ventilator if they caught Covid due to their age (66) and having COPD and asthma. Another reported that they knew parents who had been pressured to put a DNR in place for their four-year-old child.

In March, the Care Quality Commission (CQC) put out a joint statement that addressed the issue of blanket DNRs without individual patient assessment, indicating that reports from patients, families and advocates were correct and that the CQC was well aware of the practice.

Further on in April, POhWER, an organisation which provides Independent Mental Capacity Advocacy (IMCA) services to some of the most vulnerable people in the care system, reported that it was aware of at least fifteen residential services in East Sussex alone where blanket DNRs had been issued for residents without consultation or consent.

“I don’t have a clear figure of how many disabled people have died as a result of DNRs,” says Katie. “But I think I’d be horrified to know the real answer.”

This isn’t something that began with the coronavirus – the pandemic merely heightened the ableist attitudes and implicit bias that already threatened the lives of disabled people.

Ginny, a disabled law graduate and ‘sometimes activist’, spoke to me about her experiences with the medical profession as a disabled child: “On multiple occasions, my parents were advised by doctors and surgeons to withdraw care, to stop treating me and just to let me die.” This would happen, GInny says, when she was sick in hospital with treatable conditions, such as chest infections and pneumonia. “A senior medical professional would sit my parents down and say ‘let her die’ purely because they thought a disabled life like mine was not worth living.”

The idea of death as a ‘relief’ for disabled people is something that is ingrained into our culture. Following Stephen Hawking’s death, my social media feeds were flooded with an image by Australian artist Mitchell Toy depicting him as finally ‘freed’ from his wheelchair, as if, despite everything he did and everything he accomplished, his disabled life had not been well lived (and therefore his death was ultimately a blessing).

It’s this cultural perception of disability that led to Ginny’s parents to go to extreme lengths to get her doctors to see that her life was worth saving. “My mum would show them pictures (and she’d stick them to the wall above my hospital bed) of me when I was not acutely sick, so they’d see me being an active and happy child.”

This ableist valuation of people’s lives has demonstrably led to the denial of life-saving care for disabled people. For example, in 2013, the US-based Autistic Self Advocacy Network (ASAN) released a report which found that many states routinely refused to put people with intellectual or developmental disabilities (including autistic people and people with Downs) onto waiting lists for organ transplants. “No medical justification exists for these patterns of discrimination,” the report states.

In 2016, the UN issued a damning report against the UK government, declaring that austerity policies amounted to a ‘systemic violation’ of the rights of disabled people. This was a huge moment that validated what disabled people had been saying for years, but I remember how the initial reporting by the press fizzled with no long term consequences or change. Every time I tweet about how austerity has harmed and killed large swathes of my community, my replies are filled with the same sentiment: sacrifices needed to be made somewhere. So it seems that whenever ‘necessary’ sacrifices are required, those sacrifices routinely and disproportionately fall on the shoulders of disabled people.

“I think what’s incredibly infuriating about this is that the Tory government has underfunded the NHS for years. The reason the NHS became overwhelmed in various areas of the UK was purely because of government incompetence,” says Katie.

Linkedin
RELATED ARTICLES
OTHER ARTICLES
While the popular news aggregation service has been kicked off Twitter, its demise does not spell the end of digestible misinformation.
In Sheffield, food delivery drivers are fighting back against one of the giants of the gig economy.
The musician, DJ and founder of Monika Enterprise reflects on a career defined by revolution and rule-breaking.
The internet furore surrounding a certain NY-based furniture designer should make us question whether condemning people in the harshest possible terms harms more than it helps.
From Brooklyn gang members, to Welsh miners and the residents of East Harlem, Bruce Davidson used his camera to shine a light on the most marginalised.
Photographer Alice Mann reflects on capturing the camaraderie and discipline it takes to succeed in a highly-competitive sport.