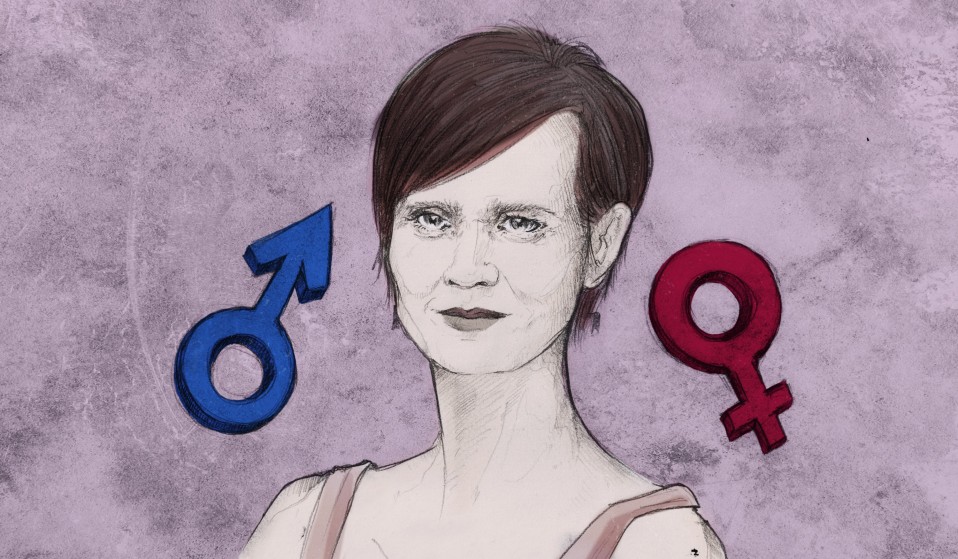 As the former Sex And The City star enters the race for New York Governor, writer Aimée Lutkin examines her complicated relationship with bisexuality, the public eye, and the LGBTQ community.

As the former Sex And The City star enters the race for New York Governor, writer Aimée Lutkin examines her complicated relationship with bisexuality, the public eye, and the LGBTQ community.

On Monday, Cynthia Nixon announced her candidacy for New York State Governor. The 24 hours that followed were a giddy deluge of Miranda jokes, and reiterating that it’s Sex AND the City, not Sex IN the City. Sadly, the fun of actually enjoying a political candidate couldn’t last.

While there are plenty of people who think all celebrities should stay far and away from the government, some of the most specific and immediate attacks on Nixon related to her sexuality. In 2013, Christine Quinn (a supporter of Nixon’s current opponent, Andrew Cuomo) ran against Bill de Blasio for Mayor of NYC. Nixon spoke out against her at the time, so Quinn ran to the New York Post on Tuesday morning to say that Nixon’s entire campaign is hypocritical.

Yes, Quinn is a lesbian, and her criticism continues Nixon’s historical streak of receiving criticism from within the LGBTQ community. You might remember 2012, when everyone flipped their lids after Nixon claimed in an interview with the New York Times that, for her, being gay was a choice.

“I understand that for many people it’s not,” said Nixon, “But for me it’s a choice, and you don’t get to define my gayness for me. A certain section of our community is very concerned that it not be seen as a choice, because if it’s a choice, then we could opt out. I say it doesn’t matter if we flew here or we swam here, it matters that we are here and we are one group and let us stop trying to make a litmus test for who is considered gay and who is not.”

Following the public furore over her comments, Nixon clarified that her “bisexuality isn’t a choice,” but her relationship with a woman is. Fair enough. Nixon’s campaign has again opened her sexual identity up to scrutiny, criticism, and erasure – she is not a lesbian, Christine Quinn. If anything, she’s an unqualified bisexual. Please be respectful.

There will likely be plenty of LGBTQ-intolerant tools in the voting public, but I am more curious about how Nixon’s personal life will be supported and perceived by those who are ostensibly on her side. Things are already off to a bad start. Though her remarks about “choice” are yesterday’s news, this feels like a good moment to revisit them, and consider how we might look at them differently in 2018.

Why did people react so angrily to Nixon’s 2012 statements? The fear, as she says, is that bigots would feel empowered to punish and pressure vulnerable LGBTQ folks into giving up their “gay lifestyle.” In a country with Mike “Conversion Therapy” Pence sitting one strenuous golf game away from the highest office in the land, this is not an unreasonable anxiety. But the perception that queerness has no flexibility is an outdated concept that we should be brave enough to abandon.

Saying being gay could never be a choice kind of implies that no one would choose to be gay. Actually, no one would choose to be persecuted, abused, and subjected to violence because of their love for another human being, but that’s not quite the same thing, is it? Yet, the frustration activists and others possibly felt when they encountered what read as a dismissal of their truest, deepest self from Nixon is understandable. Embracing an identity that has been marginalised can be healing, strengthening, and connect you to a supportive community. Guarding that community fiercely is part of being in it.

But as a bisexual woman, I’ve always found Nixon’s words relatable. Though I can’t pretend my romantic and sexual interest in women doesn’t exist, there are plenty of circumstances I can imagine where I would never have felt free or safe to explore them. There are privileges at work that allow me do so, but also a degree of choice; of publicly taking on that identity, of expressing it in recognisable ways, of experimenting outside what has been offered to me by the dominant culture.

To be queer is to examine all the areas of sexuality that aren’t clearly modelled for you in a heteronormative world. It means discovery, inventiveness, and a deeper understanding of the self. Denying the fluidity of sexual experience feels like a demand of the world outside the LGBTQ box; did that world actually build it? Why can’t we push the walls further, and take more ground?

The reluctance to reexamine this “no choice” rallying cry has consequences. Already, Nixon is being reported as gay by most major media outlets, not even allowed the flexibility of her own identity as a bisexual. Nixon has said herself there are “worse problems out there in the world” than people misidentifying her; but for the folks out there building up the confidence to choose a more complicated path, it’s a clear message. Get in your box, and stay there.

Linkedin
RELATED ARTICLES
OTHER ARTICLES
Freddie Miller’s new series of photographs investigates who today’s trainspotters are and what drives their unfettered enthusiasm.
Wealth inequality and the rising cost of socialising is placing a strain on people’s relationships, reports Eve Upton-Clark.
Yesterday queer activist group Lesbians and Gays support the Migrants staged a die-in at the Pride in London parade to protest the inclusion of police in the march reports Huck politics editor Ben Smoke.
Whether it's partygate, the climate crisis or the spiralling cost of living, the fightback begins on the picket lines writes Tommy Vickerstaff
Photographer Arthur Grace recalls travelling through the Soviet Bloc and finding ways to evade the surveillance of his work.
In the latest instalment of Photographers in Conversation, the chronicler of raves, protests and beyond explains why he’s drawn to such specifically visceral environments.