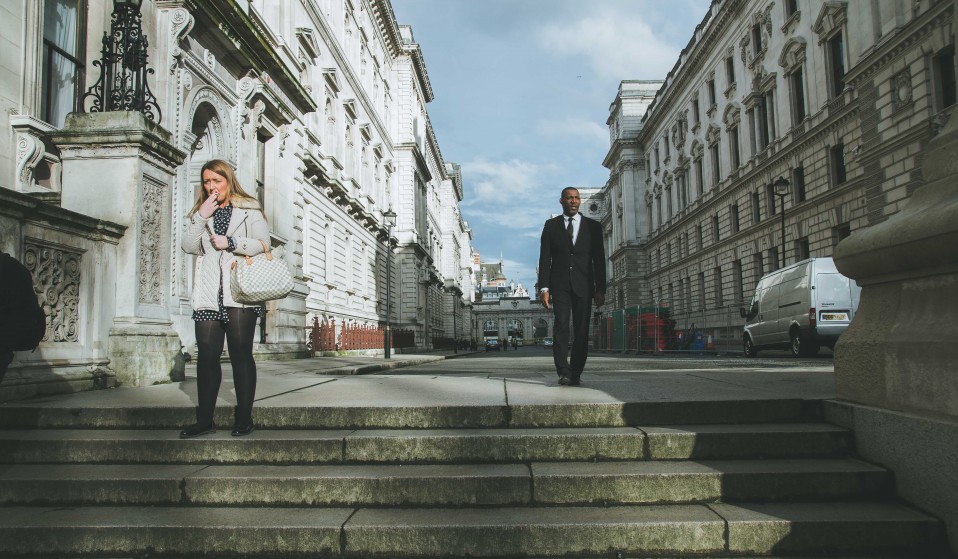 In the wake of the Westminster attack, we've been told it's British to keep on living. But all humanity remains defiant daily, we're not superior at all.

In the wake of the Westminster attack, politicians have been quick to claim it's a 'British value' to remain stoic, to ensure that life carries on as before. The reality is it's a human trait, not a British one, to face life's adversities. To think otherwise suggests our superiority, the dangerous idea of 'us v them'.

As soon as it was reported that the perpetrator of the Westminster terrorist attack had possible links to Islamic extremism, it was clear his nationality was going to be contested terrain. Khalid Masood, we are told, is not “British” but “British-born”,  as though the fact that he was born and raised in this country is nothing more than an unfortunate technicality. Apparently being British means something more than having a certain passport: it means subscribing to a particular set of values – values that distinguish our country and its capital from the rest of the world; values that make us proud.

The morning after the attack, doctored pictures of a London Underground notice board emerged on social media, reading: “All terrorists are politely reminded that THIS IS LONDON and whatever you do to us we will drink tea and jolly well carry on thank you.” In that moment, the fact that the picture wasn’t real was irrelevant: it was shared across multiple news networks and read out in parliament, because the sentiment behind it was genuine. In the face of terror, ordinary Londoners will be stoic; we will be defiant. We will continue to live our lives.

These aren’t the values of London or Britain, which is just as capable of turning out reprehensible, cowardly people as anywhere else. This is humanity in action, and it exists across the world, in multiple ways: from moments of despair that barely register, to humanitarian catastrophes that make entire nations momentarily pause for thought.

When I was in Colombia in 2013, I spent time with activists who consistently found themselves on the receiving end of far-right terror; whose lives are besieged by death threats, intimidation from the state, violence, and grief. On temperate July evenings I went dancing with them in Bogota nightclubs, I talked politics with them over black coffee and mango; they yelled “todo bien compañera?” at me as we drove up a mountainside in a jeep that had seen better days. There was unimaginable horror there, but there was also normality. Against the dim silhouette of a military camp on the horizon, these Colombians were living their lives.  They were getting on with it.

I see those Colombians now in London’s response to terrorism: the blossom is falling on the pavements in Canonbury, children totter after teachers on their way to school trips; the bus drivers are still crotchety. We’re all just human beings, trying to survive in our own way – continuing because we don’t know what else to do.

The urge to carry on is not a British value; it goes deeper than that. It’s the reason why people climb aboard dinghies headed towards the Mediterranean. They are driven by fear, but they are sustained by hope – hope that on the other side, there could be something better; that their merciless journey might just be worth it. As Rebecca Solnit wrote: “To hope is to give yourself to the future – and that commitment to the future is what makes the present inhabitable.” The people on those boats want what Londoners have: the chance to run for the bus and miss it, to complain about their boss, to fall in love, to be bored sometimes.

London’s civic character is defined by those who have a public voice, but it is a sprawling metropolis; a different city for each one of its 9 million citizens. No one is inherently one way or another for having lived there: our experiences and characters are shaped by the particular London we happen to inhabit. The city, in all its forms, will continue after terrorist attacks, but we can’t allow that fact to be defined as a British value. If we do, eventually it will be maliciously used to seal us off: to reject the people coming to our country because they have the resolve to live, just like we do – people who probably have more in common with us than the politicians attempting to use this moment for their own ends.

It was absurd watching commentators sentimentally describing London’s morning rush hour as a defiant act, but in some ways they were onto something. The human insistence on life over death is what ends wars, emancipates us from oppression and delivers us from poverty. It is an act of resistance that will save us from the Donald Trumps, Khalid Masoods and Theresa Mays of this world, and their empty “values.” It gives us the chance to one day live together in peace, and as equals.

Linkedin
RELATED ARTICLES
OTHER ARTICLES
The situation in Afghanistan remains dire, with many groups facing persecution at the hands of the Taliban.
Our new magazine is here, starring the inimitable Mitski. Order your copy now and join us on a trip around the world.
The author discusses her blistering new novel about history, revolution and queer love.
The government’s failure to take long Covid seriously has led to the formation of a group campaigning for the thousands of forgotten victims of the illness.
To mark the anniversary of the mass trespass of Kinder Scout, a group of hikers came together with the intent of creating a new, fully inclusive culture for rural spaces.
The revered showbiz chronicler recalls his journalistic beginnings, documenting subcultural scraps in the ’80s.