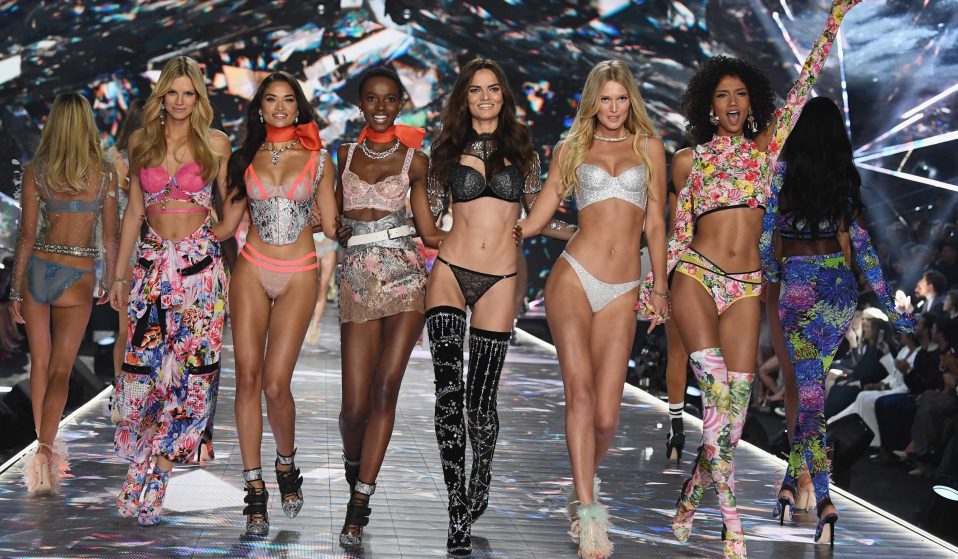 Earlier this week, Victoria’s Secret came under fire for dismissing the inclusion of plus-size and transgender models in their shows. Personal trainer and writer Ban Hass probes why so many people – both in the fitness world and out – are still so oblivious to the power of their own privilege.

Earlier this week, Victoria’s Secret came under fire for dismissing the inclusion of plus-size and transgender models in their shows. Personal trainer and writer Ban Hass probes why so many people – both in the fitness world and out – are still so oblivious to the power of their own privilege.

Last week, the annual Victoria’s Secret Fashion Show – one of the most-watched, lavish fashion events of the year – came to New York for its 23rd edition. But with its unattainable beauty standards and unrealistic body ideals, we have to wonder: why is anyone still watching it? Why are we applauding and celebrating women prancing around in their underwear in 2018? Are tiaras empowering? Are wings really inspiring?

The brand came under fire on social media last week after Victoria’s Secret Chief Marketing Officer Ed Razek announced in an interview with Vogue that the brand didn’t want plus-size or transgender models walking on the runway because “the show is a fantasy”. Despite sales falling over the last few years, Razek continued to defend their decision by explaining that they “don’t market to the whole world.” (He has since issued an apology, saying that his comments were “insensitive.”)

Predictably, the reaction was strong. Victoria’s Secret was slammed. Tess Holliday called on her 1.7 million Instagram followers to boycott the lingerie brand. American model, actress and fashion designer, Isis King, didn’t hold back either, telling Twitter she could no longer support the brand, despite previously being a loyal customer. (King was the first trans woman to compete on America’s Next Top Model.)

At first, I wasn’t really bothered either. I’ve never really been bothered. As a personal trainer – someone who professionally makes people feel good about their bodies – I’ve never considered the Victoria’s Secret show problematic, or controversial. Don’t like it? Don’t watch it. Truth be told, those ridiculously gorgeous women don’t inspire me to work out harder. Their toned legs and taut mid-sections don’t make me want to cut out cheese. Put simply, I’m pretty unaffected by the Victoria’s Secret Fashion show.

But why don’t tall, skinny, superhuman good-looking women prancing around in diamonds and glitter make me feel bad? Why shouldn’t it bother me that, in 2018, when every other brand is updating their business to reflect how far we have come with the body positivity movement, Victoria’s Secret arrogantly refuses to diversify?

It’s because I can’t relate. I’m a cisgender woman with a socially acceptable body shape, so I’m not an outsider. Sure, I may be Middle Eastern, and I don’t look like Sara Sampaio – but my size is still widely represented.

If you can’t understand why Ed Razek’s comments are offensive, it’s probably because you have privilege. If you fail to see why Victoria’s Secret need to change their narrative, why they need to include plus-sized and transgender models in their catwalk, it’s likely that you are in a position of power.

You don’t need to look like Adriana Lima to have ‘thin privilege’. If you’re shaking your head, because you hate your belly pooch and your moon face, understand that body confidence issues have nothing to do with advantage. You can have thin privilege without feeling thin. It’s about being able to walk down the street without worrying about someone hurling abuse at you, or walking into a store without wondering whether they will stock your size or not. Thin privilege is eating what you want without feeling judged.

Cisgender privilege is real too. According to research published by YouGov and LGBT charity Stonewall, in the UK, one in eight transgender employees have been physically attacked by a colleague or customer in the last year. If you have the ability to generally ‘blend in’ and not be constantly stared at, pointed at, or gawked at, you have cisgender privilege. If your identity is not considered a mental pathology, you have an advantage.

No non-cisgender women were invited to attend the Victoria’s Secret Fashion Show castings this year. In 23 years, the brand has failed to cast a single plus-sized model, despite the fact that the average woman is a size 16-18. Why? Because tall, pretty, cisgender, and skinny is the “fantasy”. A fantasy created by a straight man. Although ‘real’ women may watch these shows and purchase the lingerie, this only stems from a deep-rooted belief that they need to look like an Angel in order to be desired. This isn’t our fantasy. It’s theirs. And this is how it’s always been throughout history.

In my world, fantasy isn’t starvation (the models have publicly spoken about the restrictive diet they are put under leading up to the show). Fantasy isn’t dehydration (Adriana Lima told the press she stopped drinking 12 hours before the show to ‘dry out’). Fantasy isn’t a woman being told she’s not “thin enough” to appear on stage (Erin Heatherton stopped working with the brand after four years of pressure to lose more weight). For a brand that attempts to sell  ‘female empowerment’  Victoria’s Secret needs to do better.

If you want to empower people, you need to make them feel accepted, represented and welcome in a space where they have been historically excluded. And while Victoria’s Secret may have missed the memo, Aerie (the brand’s biggest rival in the US) launched a campaign earlier this summer featuring models with a wide range of disabilities. The campaign was met with an overwhelmingly positive response, proving that diversity and inclusion is key to success.

Linkedin
RELATED ARTICLES
OTHER ARTICLES
From the Yakuza to a biker gang, Bruce Gilden recounts capturing Tokyo and Osaka in the ‘90s.
Following the release of his newly republished 1991 book, Redheads, the American photographer reflects on his celebration of ginger people and their magnetic power.
To mark the anniversary of the mass trespass of Kinder Scout, a group of hikers came together with the intent of creating a new, fully inclusive culture for rural spaces.
In the latest OFFF Dispatch, the enigmatic designer dives into his process, connecting the dots between his unique and varied creative output.
The revered showbiz chronicler recalls his journalistic beginnings, documenting subcultural scraps in the ’80s.
Photographer Phyllis Christopher recalls capturing sex and protest at a time when the city had become a haven for the queer community.