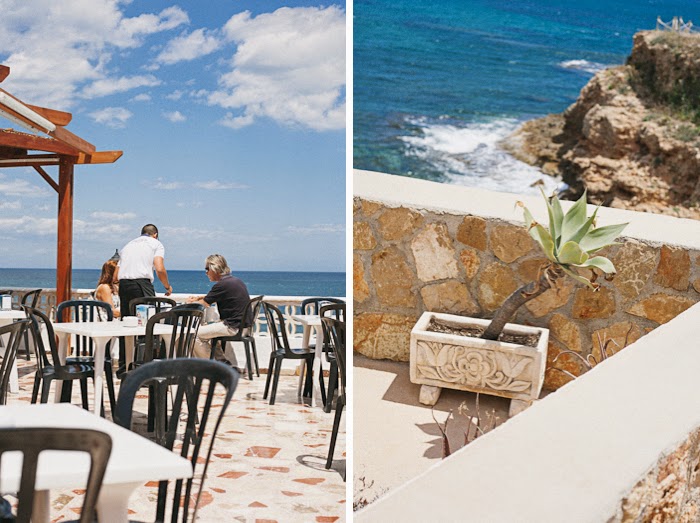 “I am an educated man. Whether I am wise man or not… that’s an entirely different question. I wanted my children to be wise before they were educated.”

We first saw Surfwise in our cosy London apartment hiding from the rain and cold that constantly haunted us. As soon as the first wave crashed and the movie began, we were entranced.

Guy and I had met in Vancouver seven years previously, where he was studying graphic design and I was working as an air hostess. Guy ended up in Vancouver after a slightly nomadic lifestyle around the world with his family, and I was born and raised in Slovakia until we emigrated to Canada. At the time we took advantage of the cheap travel my job offered, but apparently so did everyone else and the company went bankrupt. This was a catalyst for our move from Vancouver to Europe.

We ended up in Spain for a few months which turned into a few years. There may have been plenty of sun, beauty and red wine but not as many job opportunities so we made the choice to jump ship to London.

London is London. It’s amazing and we soon got into the daily grind of trying to make money just to live. I was just starting to get jobs as a photographer, but also worked at a bar to get by. Guy ended up managing a pub in Tooting far from his creative instincts. We were working to live and having lots of fun, but at times it felt like the social lifestyle had taken its toll. Running at a fast pace, we realised that time had flown by and we weren’t getting any closer to the sort of life we really wanted to live.

When we saw Surfwise, it re-ignited these deep-rooted dreams and values that we may have lost track of through the fast pace of living in a big city. I literally remember my heart beating faster when we finished the movie, it was such a strong instinct about everything that felt right with the world. The fact that it was a true and real story, in every sense of the word, really hit us.

The way that Doc Paskowitz and his wife raised their children, connected to the world and to nature, and leaving very little importance on material things and money, left a lasting impression. Through the few years in London we we would talk about the one day that we could move back to Spain to live a simpler life. It just never really seemed plausible regarding money, jobs and reality but rather a distant dream of something to strive for when we got older. After the movie Guy and I were talking about our lifestyle and how fast it seemed to be passing us by. We realised that life is simply too short to wait until you’re old. We wanted to enjoy these simple pleasures while we were young and that we should do something about it. Within a few months we decided that we would let go of our apartment in London, move over to Spain, and simply try and make it work.

This was last summer, and we have now been in Spain for a year and a half. We started a design studio and in the summers we shoot weddings. With some help from family we have bought a slightly run-down finca [piece of rural land] in the countryside that we are slowly doing up. The house has no central heating, we don’t own a TV, and during the summer our shower consisted of a hose attached to an old umbrella stand stuck in our garden. Gone are the crowds of the busy streets, the only crowds we witness are herds of sheep and the various village animals that make their daily visits to our house. We have traded some comforts that we took for granted in the city, but we have realised that half of them aren’t needed to be happy. We are living the simple life we have always dreamt about, and though we still have a way to go we would never change one thing about our decision.

Without a doubt seeing Surfwise had a huge impact on us and we have talked about this often. We may not be travelling around in a caravan with nine kids, but it gave us the inspiration that there really is more out there, and in a many ways less is really more.

Hopefully Doc Paskowitz’s legacy will lead more people to live their lives independently of all that modern life is selling to you, and appreciating the little things that are actually the biggest things. His wisdom is and always will be a true education, and we thank Doc and his family for telling their story.

Together, Guy and Lucy Browning are the Workhouse Collective – a collaborative design and photography studio focusing on graphic design, photography, art direction, and weddings in the Costa Blanca and beyond. Oh Siesta is a blog about their life in Spain.

Linkedin
OTHER ARTICLES
In our humdrum world of nine-to-five, it isn’t difficult to talk of escape. Only the brave don’t talk – they simply do.
Founder of Surfing For Peace makes emotional plea to Slater a few days before his death yesterday evening, November 10.
Second up in our Answers On A Postcard series, a visual q&a where photographers answer questions with their images, is Canadian farmhand Alana Paterson.