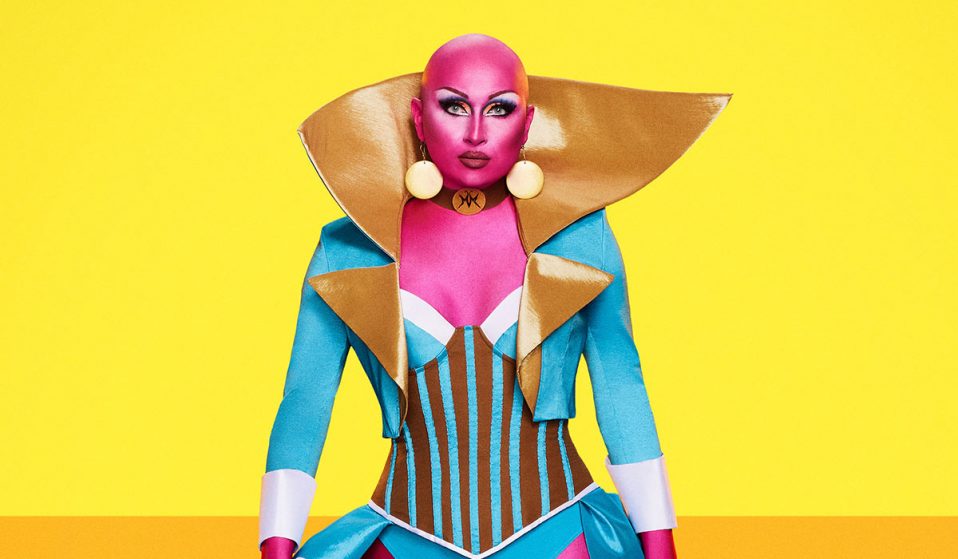 The decision to cast the show's first cis-het contestant has sparked a furore, and speaks to Drag Race's ongoing failure to represent the diversity of its queer fanbase.

The decision to cast the show's first cis-het contestant has sparked a furore, and speaks to Drag Race's ongoing failure to represent the diversity of its queer fanbase.

RuPaul’s Drag Race is no stranger to controversy. The show, which started out in the USA but now has versions in the UK, Canada, Australia, Spain, Holland, Thailand and more, has come under scrutiny, in particular, for its lack of representation. Female, femme, trans and non-binary people, and drag styles such as kings, things and monsters, have long fought for spaces on the programme, which posits itself as “the olympics of drag”.

Fresh controversy has emerged in the last few days following the announcement of the US version’s Season 14 cast, with a line-up of contestants which includes Maddy Morphosis –  described as the first cisgender, straight male queen on the show. Fans have been quick to point out that, to date, no drag kings have been cast on the show, with Victoria Scone, who appeared in season three of the UK version of Drag Race, being the first and only ciswoman to be cast across any of the franchises in the programme.

Let’s get one thing straight (pun most definitely intended), the argument is not  – and should not be – that straight men should not do drag. The Channel 4 series Drag SOS, for example, offered a nuanced take on the make-over show format and included a variety of people doing drag – among them, straight men. Neither is the argument that drag has never been done by straight men. I’ve spent my career researching or creating drag shows, both as an academic and a producer, and the history of drag is far richer, more diverse and complex than that which we’ve seen on TV screens to date.

In the furore around the casting of a straight man on Drag Race, many have been quick to point out that straight men have done drag throughout history (Shakespeare! Panto! etc). The problem is, any reading of sexuality or drag in the past needs much more sensitivity than just assigning contemporary labels – a sensitivity which, as ever, is sorely lacking in much of the discourse on the subject.

The lack of nuance, however, is just the top of the iceberg. In the days since the announcement Twitter, specifically Gay Twitter, has been awash with arguments, opinions, call outs and take downs. The overwhelming discourse since the cast announcement has been about the casting of a straight man rather than about the casting of two trans women from the Global Majority – Kerri Colby and Kornbread “The Snack” Jeté – who will be competing alongside Maddy. A cynic might argue that the outrage and counter outrage flowing from the decision is exactly what producers had hoped for. A way to breathe life into a show which, with a new season seemingly every month, feels close to reaching its saturation point.

Again, and it cannot be stressed enough, this is not to say that straight men shouldn’t do drag or be on the show. Instead the point is this: when a straight man is on the show at a moment where the representation of trans and/or non-binary people is only just starting to feel like it has gained a critical mass (to give just one example of the issues of “diversity” on Drag Race) feels like a kick in the teeth to those communities and performers. When the presence of a straight man in the casting announcement overshadows the presence of two trans performers, that is even worse. To cast a straight male drag queen before putting drag kings on the show feels equally galling, as is the implication that kings and queens can’t partake in the same competition because they’re different forms. (I’ve co-ran Not Another Drag Competition since 2016 which has had kings, queens, things, monsters and more all competing alongside one another very successfully).

In interviews since the cast announcement, Maddy Morphosis has demonstrated an awareness of the complex position she takes up on the show and in the wider drag community, and has spoken eloquently about how she positions herself within the drag scene where she started out. It is this nuance and understanding which has been absent from many of the decisions in the marketing of the latest season, with  repeated references to Drag Race casting its first “straight, cisgender male queen” overshadowing and dulling an important conversation about drag as a form of performance and as a way of supporting queer communities. What could have been an opportunity to explore the complex ways in which queer comminities and drag performance might act as homes for a wide variety of bodies and identities has instead become a publicity stunt intended to cause outrage.

But beyond this, it also represents the end-point of a liberal identity politics where inclusion and including everyone becomes the most important position, rather than asking questions such as ‘what does it mean to include everyone?’, or perhaps ‘who is drag for, by and about?’. Neither of these questions have simple answers, but the questions aren’t even being asked in the first place, where the inclusion of a straight male performer is being seen as part of the same diversification of Drag Race as casting female and trans and/or non-binary performers. And, simply put, this is not the same. Fundamentally, this decision alongside the wider “diversification” of the show seems to be a lacklustre attempt to get everyone a seat at the table, instead of recognising that the table is broken in the first place.

Drag Race has always claimed to represent something different. To create space to showcase and uplift not only queer performers, but their struggles and the communities they hale from. “We as gay people,” RuPaul once famously said, “get to chose our family”. The show positions itself as showcasing the best of drag, but in order to do this, Drag Race has a responsibility to reflect the true diversity of these communities and various scenes instead of casting to cause controversy. This decision by Drag Race’s producers feels rushed, sensationalised and careless.

The response to this, perhaps, is to insist on more nuanced conversations about who gets to do drag and, more importantly, who gets to succeed in drag beyond the Eye of Sauron that is RuPaul. To look beyond Drag Race and to uplift, support and platform performers who don’t get cast on the show with the same spirit and fervour as “RuGirls”.

Linkedin
OTHER ARTICLES
With skyrocketing rents, packed out viewings, bidding wars and more, renting in London has never been harder.
By turning a real-life crisis into daytime television fodder, TV bosses have once again shown themselves to be completely out of touch with audiences.
Ahead of the release of their first collaborative album, the producer and rapper talk psychedelics and the state of UK hip hop.
A group of young Palestinians have found temporary freedom in the act of parkour, reimagining wreckage and ruins as a series of high-octane playgrounds.
For over a decade, gamblers have won big by employing people to place live bets from the court. But does this dubious method still work?
Cindy Campbell recounts how her brother ushered in a new era of musical culture at a party she held in the Bronx in ‘70s.