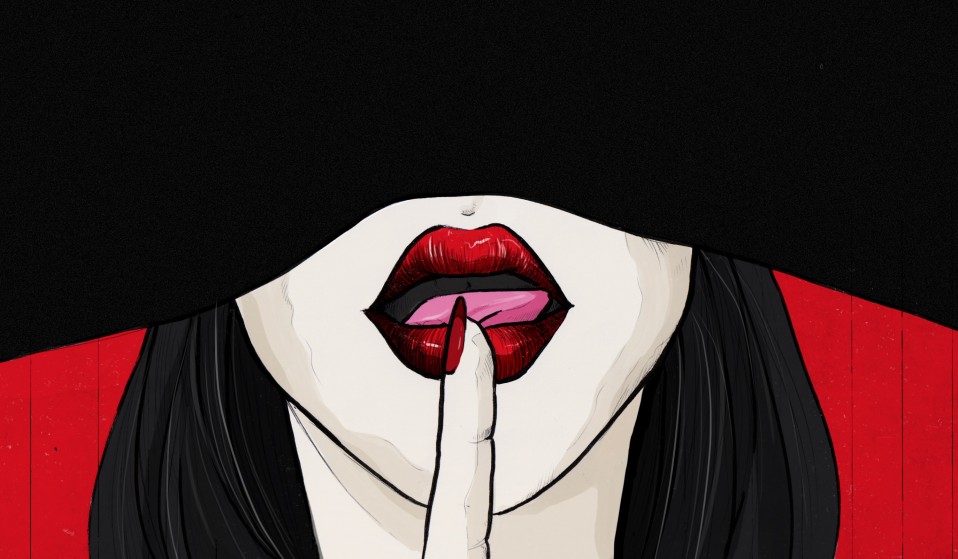 Erika Lust discusses the media’s dire treatment of sex workers, and asks why social justice movements like #MeToo have left them almost completely out of the conversation.

Erika Lust discusses the media’s dire treatment of sex workers, and asks why social justice movements like #MeToo have left them almost completely out of the conversation.

Stigma is constant for sex workers. Both in the media and in society they are victimised, criminalised and shamed for expressing their sexuality in a way that doesn’t conform to the mainstream. They are pushed into one of two categories: victim or slut.

There’s an assumption that all sex workers do their jobs out of desperation, or because they were forced. They are often portrayed through testimonies from industry survivors who have suffered abuse, addiction, mental health problems or bad industry treatment.

Of course, I’m not denying that there are sex workers who have suffered these problems – as there are women in every industry who have. But regardless of the economic and social circumstances around a woman’s choice to enter the sex industry, she should be allowed to feel empowered by her choice, not labelled a victim because of her circumstances.

When not focused on industry survivors, the media often associates sex workers with scandals, and over the past few months we’ve seen a number of stories publicly contributing to this stigma.

2017 was also the year that #MeToo, a grassroots movement started ten years earlier by Tarana Burke, went viral. People all over the world took to social media to share their stories of sexual harassment – but the voices of sex workers and other marginalised communities were largely excluded. Burke’s movement, which was initially started for young girls of colour, turned into a social media phenomenon that seemed to only give voice to wealthy white women in Hollywood.

There is a long-held, very problematic fallacy in society that sex workers can’t be assaulted due to the nature of their job. As a result, they have been excluded from public discussion on sexualised and gender-based violence. Yet sex workers are a criminalised group of people, vulnerable to sexual assault and oppressed in a variety of intersectional ways – so their exclusion from these conversations just doesn’t make sense.

Statistics show that sex workers are more likely to experience sexual abuse on the job, but they have few good options to report it. If they do report it, they’re not treated with the same empathy as other victims and run the risk of being arrested for prostitution. Society tells us that they should expect abuse: they should expect to be treated badly and they should expect to have their boundaries violated. They have, after all, “put themselves at risk.” This puts the onus of abuse onto the women who experience it, rather than those who commit it.

This rhetoric – as the unrapeable sex worker or the acceptable target – is prevalent in our culture and has kept sex workers silenced for so long.

I’m not sure if #MeToo is a perfect model for sex workers. The nature of the movement may force sex workers to out themselves on social media, and they could face double the backlash as victim-blaming and slut-shaming is paired with sex work stigma. It would also need to deal with the much larger problem, which is that much of the abuse sex workers face comes from state authorities. But regardless of #MeToo, sex workers must be included in public discourse on sexual violence and abuse.

The effects of sex work stigma are active in society and a huge majority of media is complicit in further entrenching and normalising it. We need not only policy and legal change, but cultural change. We need to advocate for the decriminalisation of sex work and safer working conditions. We need more people to identify themselves as allies and include sex workers in public conversation on sexual violence. The media needs to report on sex workers’ stories of assault, not only because they are at more risk but because they are often unable to report their abusers for fear of punishment. Let’s start treating sex workers with the respect they deserve.

Linkedin
RELATED ARTICLES
OTHER ARTICLES
Following the release of his debut single, Deyaz talks battling addiction, dealing with his struggles through music, and building a budding music career from his living room.
After blocking the Scottish government’s gender recognition reform bill, Westminster is now devising further changes to the law to make it harder for trans people to self-identify.
The action took place in response to the 200 asylum-seeking children who were placed in hotels run by the Home Office who have gone missing.
After building his reputation covering the US civil rights movement in the 1960s, the photographer went on to produce some of the most enduring images of the past century.
As she gears up for the release of her first book, the 24-year-old climate activist talks standing up to authority and building a more inclusive movement.
Since 2007, Gideon Mendel has made 20 trips to document floods in 13 countries. The result is an alarming record of what has already been lost to the climate emergency.