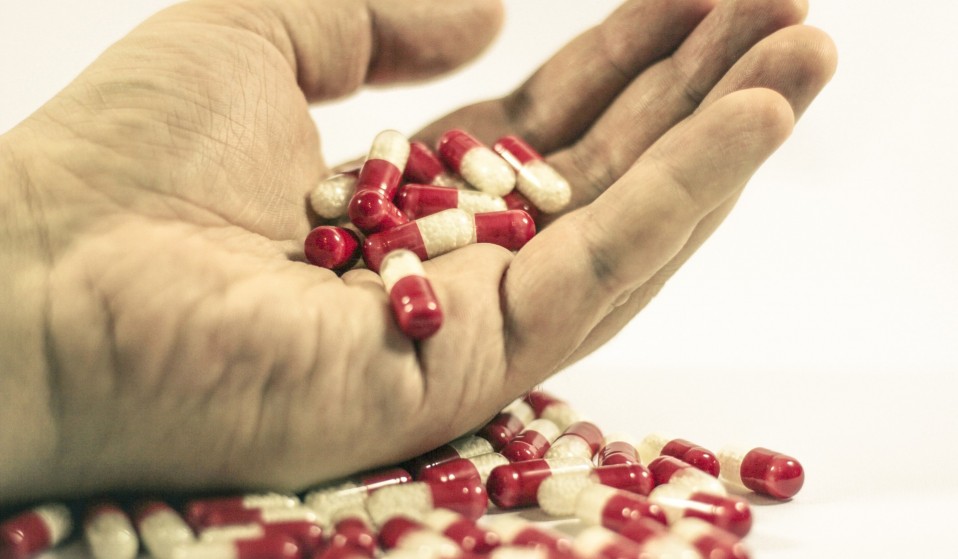 Producers of ‘legal highs’ have long been synthesising new substances to get around government bans on drugs like mephedrone. They move a few molecules around to create an analogue of the original drug, which they are then free to distribute as they please. The new drugs have similar effects, but it will take decades of research to work out how safe or unsafe they are. Chemists can come up with new substances much faster than government’s can make them illegal.

In an attempt to get one step ahead of vendors, the UK government introduced the Psychoactive Substances Bill in May 2015, which would ban any “substance intended for human consumption that is capable of producing a psychoactive effect.”

Campaigners have highlighted how the legislation’s lack of an an adequate definition of a psychoactive substance actually is will make the bill unworkable: in its current from, the bill is unable to differentiate legal highs from things like nutmeg, incense or flowers.

There are fears that the uncertainty created by the new legislation will create a wide range of new problems, in areas such as medical research, which prompted more than 40 academics, campaigners and professionals to sign an open letter to the Prime Minister in opposition to the bill. Ireland’s experience with similar legislation found use actually went up, as substances were pushed out of ‘head shops’ and onto street corners and the dark web.

In another twist, it emerged that David Amess MP, who was notoriously duped by the Brass Eye “Cake – it’s a made up drug” episode, has been appointed chair of the Psychoactive Substances Bill Committee. “Look at that, a £100,000 in the pocket of the filth that sells it. A big yellow death bullet in the head of some poor user – or custard gannet as the dealers call them,” Amess said sincerely in the 1997 episode. “I don’t want to look at it for another moment.”

To try to make sense of the legislation, Huck spoke to Jason Reed, spokesperson at LEAP (Law Enforcement Against Prohibition), a drug policy reform advocacy group.

What is LEAP’s response to the government’s proposed ‘psychoactives bill’?
The NPS Bill has, tragically, provided much comedy – we have literally tried to ban everything. It has become a yardstick of just how futile our attempts are to control drugs with prohibitive legislation. As we’ve seen from the Misuse of Drugs Act 1971, you simply cannot ban your way out of a problem, and invariably it adds another raft of harm to individuals and society. If we were serious about addressing drugs with public health focused initiatives, control and regulation is our only option. Novel/New Psychoactive Substances are a direct consequence of prohibition; the balloon effect of trying to ban a substance is self-evident. The harder you squeeze, the more it simply displaces.

Drug policy around the world seems to be becoming more liberal. Do you feel the UK is moving in the opposite direction? If so, why?
The UK has indeed not kept up with evidence-based policies, choosing instead to use drugs as political ping-pong. Focusing on the drugs themselves, the noun, it provides an easy way for politicians to look tough in the face of public health. When we start to realise that we’re actually dealing with our friends, our family, our children… we soon start to grasp how tough policies don’t impact the drugs themselves, but they instead destroy actual lives. This really is about anyone and everyone’s child. As soon as politicians ask themselves, ‘how would I wish my children to be treated if they suffered from a drug dependency?’ we may start to see the same compassion-based policies that are proving successful across the globe. The academic battle has been won; we’re now in a media soundbite driven conflict in the pursuit of pure common sense.

How much support is there among law enforcement for legalisation/decriminalisation?
Since Law Enforcement Against Prohibition was formed in 2002 the organisation has found that there’s an ever-increasing amount of support to reform our global drug laws. Over a decade later and LEAP has provided a safety net for members of law enforcement from the whole chain, from police officers and undercover operatives, judges and prosecutors, chiefs and members of the intelligence service, all have a nuanced position on how they’ve spotted fatal flaws in the drug laws that have criminalised millions across the globe; those on the frontlines on the ever-increasing literal ‘drug war’ have to be listened to when they say that drug prohibition doesn’t work.

Why do many in law enforcement still feel unable to speak freely on the issue? Why is there such a toxic debate around drugs in the UK? Evidence-based policy is the norm in most areas of government, why not on drugs?
Drugs are what we refer to as a ‘third rail issue’ in politics. Touch the third rail, the electrified rail, and one receives a shock. It has become untouchable. We have an emotive instinct that drugs are bad, and of course it’s not in dispute that real harms exist, but the conversation should be about how best to reduce all harms – this includes the societal fallout. Those in law enforcement have a duty to uphold laws set before them by governance, and as much as there’s a law to uphold, when so much harm is taking place through unintended consequences, we have every right to collectively discuss this. As voices grow, and they have grown sizeably, there’s safety in numbers. LEAP has managed to provide a place to go for the many in service that have been left frustrated after directly seeing the harms of current drug laws.

Find out more about LEAP.

Linkedin
RELATED ARTICLES
OTHER ARTICLES
Following the release of his latest album, the rapper talks about finding a new approach to songwriting, attitudes to poverty, and why his music is more than a political statement.
As the Criminal Bar Association enters its fifth week of action, criminal barrister Russel Fraser explains why the legal professionals have walked out and how action is likely to escalate.
To mark the premiere of his new documentary on surfing giant Gerry Lopez, the filmmaker and former pro skateboarder sits down to share his unique brand of wisdom.
A sharp increase in officers armed with the electrical weapon is resulting in serious injuries and deaths.
A series of photos by the late Jerry Dantzic taken in 1957 show a tender side to the iconic Jazz musician.
With the virus now a global health emergency, we must take steps to fight misinformation and demand a swift UK-wide vaccine roll out, writes Phil Samba.