News & Politics / Opinion / In the UK, gender non-conforming people are in danger 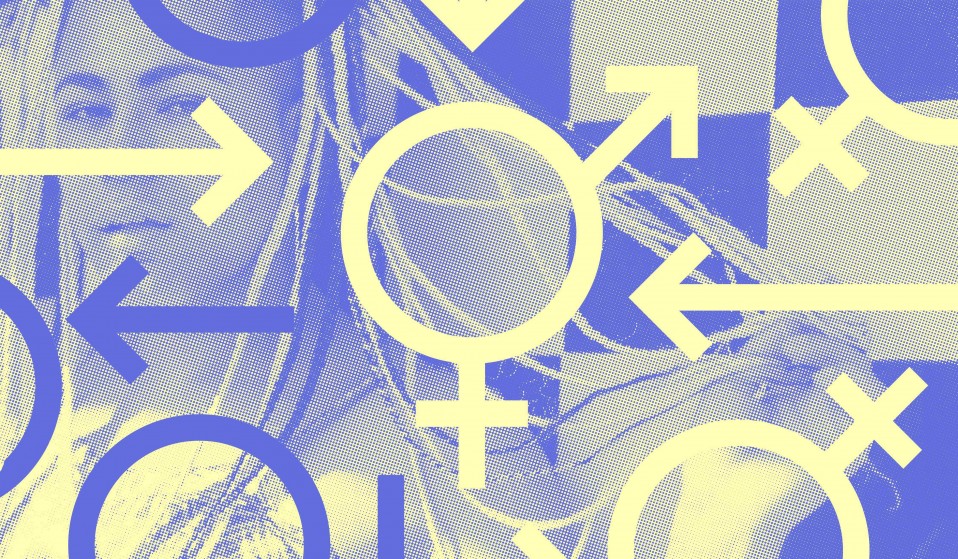 From physical harassment to violent verbal abuse, the struggles faced daily by people outside the gender binary are rarely discussed – and our indifference is becoming a serious problem.

From physical harassment to violent verbal abuse, the struggles faced daily by people outside the gender binary are rarely discussed – and our indifference is becoming a serious problem.

Three weeks ago, when I was on an overcrowded, smellier than usual tube from Victoria to Vauxhall, a young white woman was called a “slut” by a middle-aged white man. The carriage erupted in disgust almost instantly, and the man was forcibly removed from the tube at Pimlico station. I looked at the woman and asked if she wanted my seat. She said yes.

Two weeks ago, in Nottingham McDonalds, I was the victim of even more anti-trans abuse. While trying to order food, I was laughed at, shouted at, and mocked by staff and customers. There were 40 other people around me, and no one came to my defence. The staff called me a “man in a dress.” They objectified me – “look at this thing walking in” – and pointed and laughed.

I am harassed by a whole host of people: men, women and children. I am rarely, if ever, defended. Last year, I had a chicken burger thrown at me in broad daylight on Waterloo bridge. The week before last, a woman called me a “he-she” on the tube. This morning, as I went to the shops, someone shouted “faggot” at me from their car window. I operate under the premise that I have to have my own back because no one else will.

This violence trans and gender non-conforming bodies experience in public space is an extension of the violence we experience online, in personal relationships, and at work. This violence is an epidemic that’s killing us and damaging our quality of life. It’s an epidemic that is not even seen as a legitimate problem. It’s an epidemic that is poorly archived, under documented, and that we do not have the language or framework to report; causing some to conclude it is not happening. Yet I argue the opposite – it’s happening at far greater rates than we imagine.

What separates and distinguishes the violence to gender non-conforming bodies is that the world believes we deserve it. We are victim-blamed for existing. In Nottingham, no one came to my protection – in fact, they applauded my harassment, because my inability to be seen as a real victim meant that they saw no need to protect me.

Gender non-conforming people are actively seen as perpetrators – and therefore deserving – of this violence. It’s as if our gender defiance gives a reason for the abuse we receive. People do not understand us, therefore they fear us.

The violence against us is consistent and unchecked. We cannot access a “women’s space” to process our feelings and thoughts – because women’s spaces do not see us as “women enough” to be attacked. If we go online to talk about this, we face online trolling, misgendering, or sites telling us that our identities are “special snowflakes” – not that we are people who are under threat and being attacked.

I write this out of exhaustion. We need more people to protect us. I am afraid every time I leave the house that I will be beaten up, and that no one will care. I’m afraid that my friend will ring me up injured and that no one would have helped them. I’m tired of having conversations with my gender non-conforming friends about our strategies for survival when others should be sharing this weight. Walking outside as a gender non-conforming person harshly reminds me that there are certain bodies that are given protection and that certain bodies that are given violence.

How have you decided who is worthy of your protection? What would it look like for you to start protecting us? How do we admit that currently feminism and politics has a problem with gender non-conforming people, and how do we decide to move forward?

I do not have the answers. I think I have done enough work by just surviving.

Linkedin
RELATED ARTICLES
OTHER ARTICLES
From the queues outside to the last ones standing, Francesco Mellina’s new photo book follows a night that has gone down in the Northern-Soul history books.
Those set to be impacted by the governments ’undemocratic’ bill explain why it risks silencing them.
In Sheffield, food delivery drivers are fighting back against one of the giants of the gig economy.
In the UK, Hongkongers are continuing to stand in solidarity with the pro-democracy movement.
The internet furore surrounding a certain NY-based furniture designer should make us question whether condemning people in the harshest possible terms harms more than it helps.
While the popular news aggregation service has been kicked off Twitter, its demise does not spell the end of digestible misinformation.