News & Politics / Opinion / For indigenous people, COVID-19 is only the latest battle 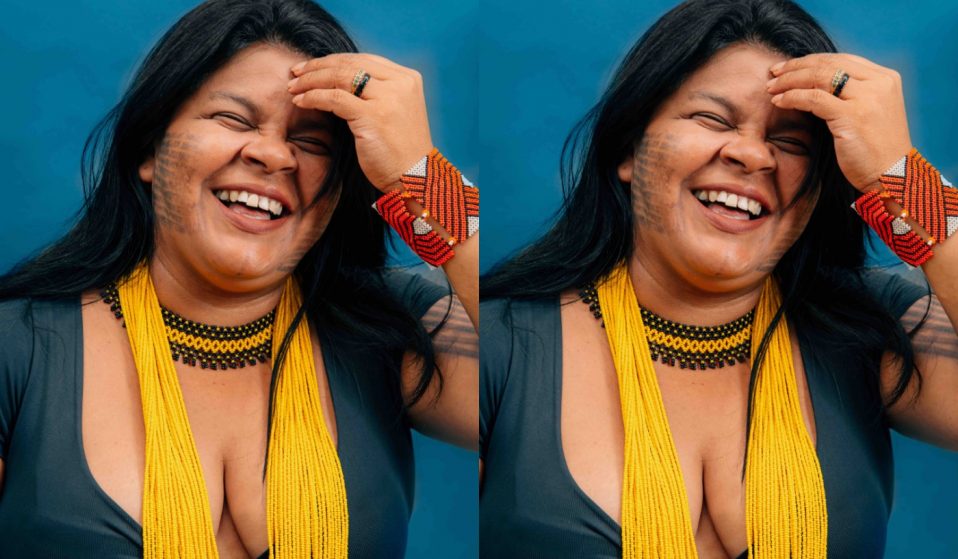 Europeans unleashed devastating diseases across the Americas when they first invaded more than 500 years ago: smallpox, measles, the flu. Their germ-ridden bodies decimated indigenous populations who had no immunity to old-world plagues of all kinds. Up to 90 per cent of original peoples are estimated to have died. Now it is also those coming back from Europe – local elites returning from summer holidays in the Global North – that have also most likely brought COVID-19 to Brazil.

The political context for the pandemic couldn’t be worse. Bolsonaro’s disdain for the Amazon is well-known, as is his willingness to open up rainforest land for large-scale farming and mining – and the health crisis has done little to slow his efforts. In fact, the far-right president has said the virus is nothing but a “little flu”, followed by repeated attempts to reopen businesses and send people back to work. The impact on indigenous communities is already being felt. Deaths from COVID-19 are being reported across the country, with many more cases likely excluded from official figures.

Sonia Guajajara, indigenous leader and former vice-presidential candidate for Brazil’s Socialism and Liberty Party (PSOL), has been fighting Bolsonaro tooth and nail since he rose to power. The coronavirus, she says, poses yet another threat to indigenous existence in Brazil. Here she tells her story.

Cases of COVID-19 are growing every day in Brazil. Indigenous peoples are particularly vulnerable, and there’s a real risk of another ethnocide taking place.

In our history, many indigenous populations were decimated by the spread of diseases. This happened when the Portuguese invaded our continent, and also during the Brazilian dictatorship, when many diseases became biological weapons to exterminate our people. Now, faced with a negligent government that refuses to protect us, we can’t afford to stay quiet as we fight the threats that COVID-19 pose to our existence.

But this is only the latest fight. Because in reality, we’ve always had to fight. My personal story is no different. I grew up a very restless child, and from early on was inculcated with the idea that education was the route for any transformation. My mother and father hadn’t had the chance to study. But despite their illiteracy, they were incredibly wise, and worked hard to get me and my eight brothers through school.

My own political consciousness was crystallised in 2001 when I took part in a national indigenous demonstration. That’s when it became clear to me that so many communities still didn’t have their land demarcated, despite it being “guaranteed” under the constitution. I wasn’t aware that so many indigenous people lived under the constant threat of invasion from large agribusiness farmers – even in cases where land ownership was granted by the Brazilian state.

My restlessness grew and I felt the need to find new ways to strengthen the indigenous movement in my home state of Maranhão. In the early 2000s, we organised and forged important partnerships with other groups and organisations. These allowed us to promote courses to educate our people about politics, indigenous rights, organisational management, as well as how to engage in dialogue with the grassroots. I consider those years to have been my indigenous movement university.

It was also during this period that I started to understand and speak about the environment, and also about the need for an indigenous committee in climate conferences. That’s when I joined the executive committee of APIB, Brazil’s Indigenous People Articulation. I came across new challenges as the fight was now taking place in Congress at the national level. APIB holds a national assembly in Brasilia, the Acampamento Terra Livre (The Free Earth Camp), which brings together nearly 5000 indigenous people from different communities and territories. We clashed head-on with politicians for recognition, respect, justice, and demarcation.

While it’s true that indigenous rights have never been a priority for any government in Brazil, it must be said that we’re living through the worst moment of the last several decades. The rise in violence, assassinations, land invasions, the dismantling of indigenous politics, environmental neglect, and the threat to our human rights are all in free fall at the moment. The government’s goal to “integrate the indigenous” is a mix of blatant racism and ignorance; as if a specific culture was better than another. To say that “Indians are undoubtedly changing… They are increasingly becoming human beings just like us”, as Bolsonaro has said, is blatantly absurd – and without precedent. But by far the worst consequence of this far-right offensive is the political decision not to demarcate indigenous land, to open these areas up for exploration, and to reduce the land that’s already demarcated. That’s the worst of his perversity.

Bolsonaro’s regime is a real threat. He’s not only a danger to Brazil, but to the whole world. He and his office are one of the worst threats to humans having a decent life on this planet. We need all international help available to stop this man; Brazil might not be able to handle it alone.

In the end, reparatory politics is essential given the centuries of attacks, ethnocide, and genocide that were imposed on us. The government must adopt policies that preserve the environment and promote cultural diversity in the realm of power and institutions. It’s key that we create measures to bar the special-interest lobbies that threaten our lives in Congress. We need political reform to guarantee greater and diverse representation. These are only a few measures, and only when combined can they properly counter the perverse logic of institutionalised racism.

It is clear to me that the fight must happen now as the risks are greater than ever before. Everyone is part of this, whether you like it or not. No one is exempt from it. The fires in the Amazon, bushfires in Australia, the floods in Indonesia, the record high temperatures year after year… we have no time to lose. This is an emergency. And the indigenous cause is tied to the wider cause for a healthy, liveable planet.

Our fight is also yours. This is the mother of all battles.

This article was translated from Portuguese and edited for clarity.

Linkedin
RELATED ARTICLES
OTHER ARTICLES
The idea that a younger generation is abandoning work has become a popular narrative online, but it doesn’t necessarily reflect reality.
Thousands attended the annual event this year to wheelie through the city and call for ‘knives down, bikes up’.
Rhiannon Adam spent three months capturing an ageing society wracked by division, isolation, and the aftermath of scandal.
Cindy Campbell recounts how her brother ushered in a new era of musical culture at a party she held in the Bronx in ‘70s.
A group of young Palestinians have found temporary freedom in the act of parkour, reimagining wreckage and ruins as a series of high-octane playgrounds.
Photographer David Corio’s archive offers a glimpse inside a revolutionary era of music and nightlife.