News & Politics / Opinion / For women, this election could be a matter of life or death 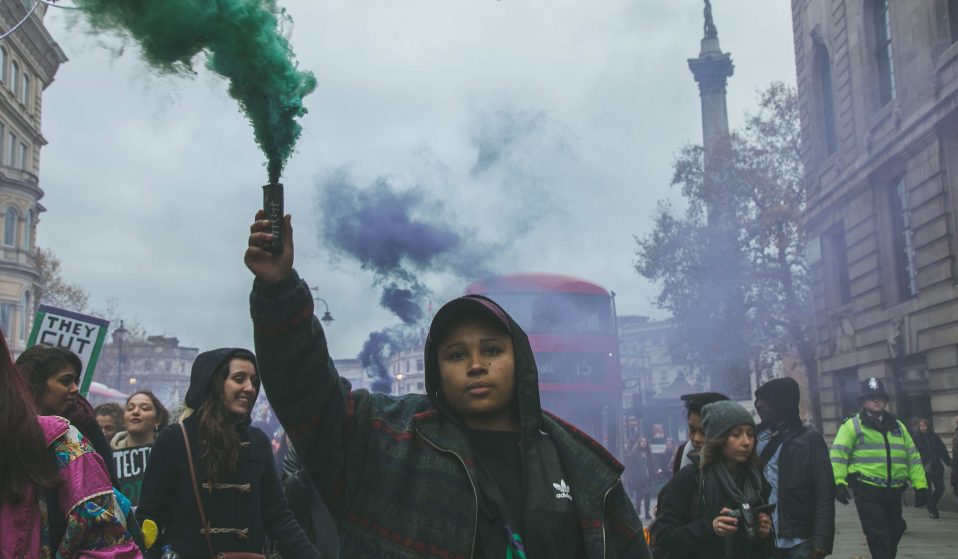 The UK’s domestic abuse sector is in the grip of a funding crisis. Local authorities in England cut spending on refuge accommodation by 24 per cent between 2010 and 17, with one in 10 refuges and one in five community-based services now receiving no state funding. Many women fleeing domestic abuse are facing homelessness. This clearly can’t go on – the lives of women and children are at risk.

Earlier this year, the government committed to delivering a statutory duty on local authorities to fund refuge services, alongside sustainable funding for wider specialist domestic abuse services. This is yet to happen.

At Women’s Aid, we recently published a report that shows how much it will cost the government to keep its promise and properly fund specialist domestic abuse services in every community, for every survivor who needs them. Financially, it makes sense. To provide sustainable funding for all specialist domestic abuse services – including refuge and community-based services – the sector needs £393 million per year. This is a drop in the ocean compared to the £66 billion annual cost to society of domestic abuse.

So the real question is, do our political leaders value women’s lives enough to provide these services? We know that domestic abuse is undoubtedly a feminist issue. Three women are killed by a male partner or ex-partner every fortnight in England and Wales, and nearly all-female domestic homicide victims (women killed by partner/ex-partner or other family members) are killed by men. Last year, 92 per cent of defendants in all domestic abuse-related prosecutions were men, and 74.5 per cent of the victims were women. Female survivors of domestic abuse experience higher rates of repeat victimisation, and are far more likely to be seriously hurt or killed than male victims. They’re more likely to experience high levels of fear, coercive and controlling behaviour, and sexual violence. Women also have less economic power than men, which is one of many reasons why it is so difficult to escape an abusive partner. Nearly one in three women will experience some form of domestic abuse in their lifetime.

The lack of investment in domestic abuse services has not happened in a vacuum. Women make up less than a third of MPs, and 96 per cent of local councils are male-dominated. The gender pay gap means that women effectively work for free from mid-November to the end of the year. Sexual harassment, unfair pay, pregnancy discrimination and unaffordable childcare are pushing many women out of the workplace altogether. The End Violence Against Women Coalition and the Centre for Women’s Justice are taking legal action against the CPS for its failure to prosecute rape, with campaigners questioning whether rape has been decriminalised. The Young Women’s Trust has criticised the government for promising to spend more on potholes than fixing the childcare crisis.

We do not live in a gender-equal society, and this is reflected in the lack of expenditure on specialist domestic abuse services. Women and children fleeing domestic abuse have been forgotten. This is something we can change.

At Women’s Aid, we are calling on all voters to write to their election candidates and ask them to commit to tackling domestic abuse. As our report shows, the cost of providing specialist services for every survivor is tiny compared to the £66 billion cost to society of domestic abuse. We need the next government to commit to funding specialist domestic abuse services in every community, for every survivor. They must work with the domestic abuse sector, local authorities and commissioning bodies to make this happen. It’s time for our political leaders to show that they do value women’s lives.

Linkedin
RELATED ARTICLES
OTHER ARTICLES
In her new book, the author explores the country’s housing crisis in human terms and calls for radical action to address a broken system.
Over a dozen Stop Deportation activists locked themselves to each other outside a detention centre to prevent coaches taking those due to be on the Rwanda deportation flight from leaving.
Whether it's partygate, the climate crisis or the spiralling cost of living, the fightback begins on the picket lines writes Tommy Vickerstaff
The last few years have seen an increase in LGBTQ-led initiatives to feed the hungry, with many finding ways to stay afloat despite the challenges.
A new report has found that the majority of Britains approach trans issues with compassion. It’s about time this was reflected by our media landscape.
The curators of a new exhibition are hoping to shed light on Plymouth’s vibrant but often overlooked nightlife.