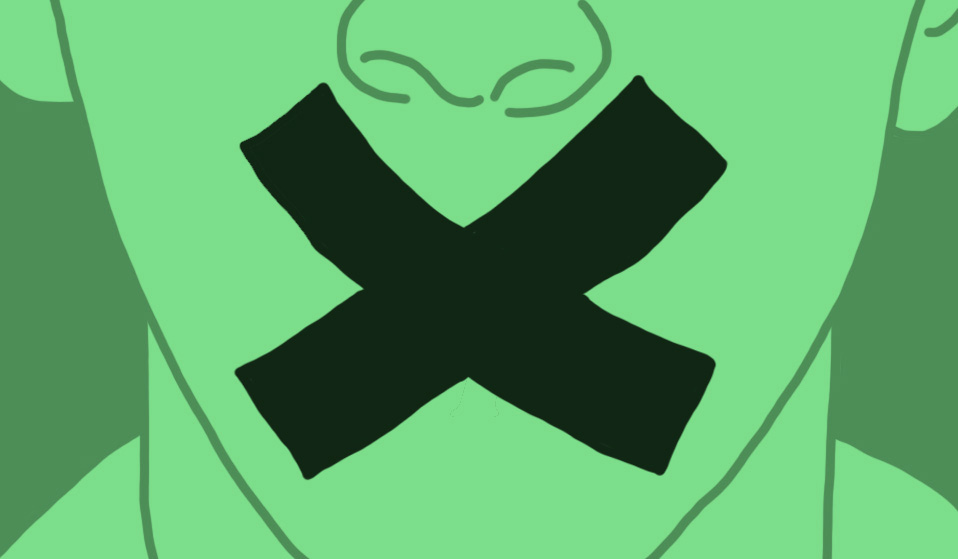 Earlier this week, the Education Secretary announced plans to tackle ‘silencing’ views at University. The move is merely a callous distraction from the far graver issues students face both within and beyond campus, argues first-year uni student, Kimi Chaddah.

On Tuesday, Education Secretary Gavin Williamson revealed new proposals to protect free speech and academic freedom, including the appointment of a “free speech champion” who will investigate potential infringements of free speech and recommend a suitable course of action. Under the proposals, students, academics or visiting speakers who are no-platformed or dismissed for their views will be able to seek compensation from universities through the courts.

The same week, it was revealed that students have been forced to pay an estimated one billion pounds this year for accommodation they haven’t been able to use. Only the latter didn’t make the headlines. Instead, the Government is managing the remarkable feat of recruiting a “free speech champion” at the same time as blocking the release of Freedom of Information requests.

The concern with no-platforming originates from Gavin Williamson, who is “deeply worried” about the effect of “unacceptable silencing and censoring”. The same Gavin Williamson who has ‘no-platformed’ Channel 4 News for, as it stands, 18 months.

The move seems particularly bizarre in the middle of a pandemic, when events with visiting speakers have not taken place due to public health concerns. Its purpose, at first glance, is to detract from more pressing issues both within and beyond campus. Racial profiling is becoming an increasingly common occurrence, yet any form of academic research attempting to challenge this, such as critical race theory and decolonisation studies, has been attacked and labelled by the Equalities Minister as “illegal”. Mental health services are critically underfunded. International students are using food banks.

Indeed, a 2018 report from Parliament’s joint committee on human rights found no evidence of “wholesale censorship on campus”. In 2019, Liberty described the UK’s Prevent strategy as the ‘biggest threat to free speech on campus’, with research from SOAS academics showing that Muslim students frequently modified their behaviour because of Prevent, for fear of being labelled as an extremist.

There are already significant legal duties placed on universities to uphold freedom of speech. According to The Times, only six out of 10,000 speaker events reviewed had been cancelled: four lacked the necessary paperwork, one was a fraudster and the other was Jeremy Corbyn, whose rally was moved to a larger venue.

It seems odd, therefore, that the man who unlawfully prorogued Parliament for five weeks to prevent MPs debating and scrutinising Brexit wants us to believe that he is genuinely concerned about protecting ‘historic centres of free-thinking and ideas’.

NUS VP Hillary Gyebi-Ababio says there is no evidence of a free speech crisis as Gavin Williamson announces new role for unishttps://t.co/DRXw3K9AsZ pic.twitter.com/YOMhnx00bW

There’s something more sinister hiding beneath the veneer of free speech controversies, with the claim that free speech is under attack masking deeper political frustrations and fears. The move is reflective of a larger pattern of state inference in academic study. Next week, 25 of the UK’s biggest heritage bodies and charities have been summoned to a summit on February 23 where they will be told “to defend our culture and history from the noisy minority of activists constantly trying to do Britain down” – a move that seems to promote a Government endorsed version of British history. Free speech clearly doesn’t equate to educating the country about the horrors of British colonialism.

This in turn enables the Government to fuel a sense of collective self-deception; anti-vaxxers believe they are being silenced, yet still use social media to spread conspiracies. The “anti-woke crusade” have convinced themselves that they are a marginalised minority, while political correctness dominates. But this is symptomatic of there being more freedom of speech, not less. There is sufficient reason to believe this is less about protecting free speech and more about appealing to voters who are already fearful of the ‘woke’ – this is a move to stifle deviation from the narrative, despite having an 80-seat majority. The only speech they’re concerned about protecting is that of their own, that which fits in with their narrative: the ‘woke militants’, the ‘dreadful’ Black Lives Matter protests.

The real threat to free speech doesn’t come from radical snowflakes in this manufactured culture war built solely on semantics: it comes from the Government. Framed as ‘defending academic freedom’, the new legislation acts as a subtle way of controlling the narrative and allowing those with transphobic, homophobic or racist views to continue to champion them without fear of retribution.

The sole aim is to protect the free speech of those who espouse their ideology. By imposing obligations on what is said and what is not said, the move itself is the antithesis of free speech. Now it’s entering our education system. Free speech and academic freedom depend on keeping political interference out of universities as much as possible.

All of this falls under the backdrop of an increasingly right-leaning political climate. In our exceptionalism, we distance ourselves from other countries, yet the Government’s curtailment of free speech echoes the behaviour of Brazil where its right-wing regime sought to censor textbooks, spy on teachers and repress minority and LGBTQ+ groups.

The common aim: to mould academia to their agenda; to cleanse universities of ideological tendencies they don’t like. In India right now, Narendra Modi’s Hindu nationalist government has launched what has been described by critics as a “surgical strike” on universities. Framed as “revised guidelines for holding online/virtual conferences, seminars”, the new guidelines require organisations to get prior approval from a department if they wish to discuss particular subjects. We too will find ourselves in the company of such regimes that choke freedom of expression in their democratic institutions.

This state-sponsored ‘revision’ of free speech cannot become the new normal for the UK. In any other country, we would call it fascism. But in our country, with legislation concealed by the lure of genteel voices, we’re still reluctant to identify it as what it is: the antithesis of free speech.

Linkedin
RELATED ARTICLES
OTHER ARTICLES
The idea that a younger generation is abandoning work has become a popular narrative online, but it doesn’t necessarily reflect reality.
The two-day long event returned to London this year, showcasing a spectacular parade, steel bands and Caribbean food.
By turning a real-life crisis into daytime television fodder, TV bosses have once again shown themselves to be completely out of touch with audiences.
Financial turmoil is pushing people who work in the sex industry into more dangerous and desperate situations as a means of survival.
Dominique Misrahi discusses her unlikely start as a photographer capturing intimate scenes of the city's youth and subcultures.
The workforce is now gearing up for industrial action after receiving a measly pay rise, reports Ella Glover.