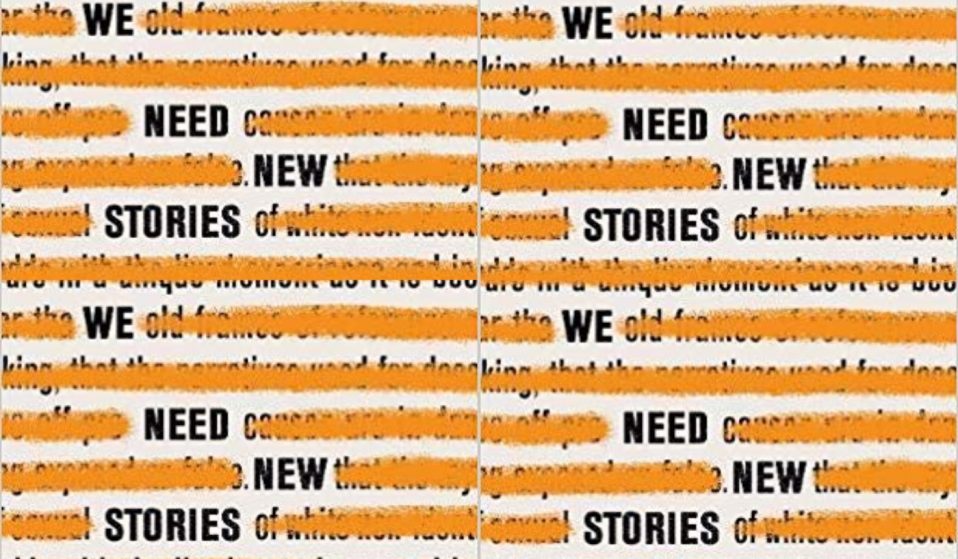 In her new book, We Need New Stories, journalist Nesrine Malik challenges the most damaging myths behind our age of discontent. In this condensed extract, she confronts the way the UK has ‘airbrushed’ its problematic past.

In her new book, We Need New Stories, journalist Nesrine Malik challenges the most damaging myths behind our age of discontent. In this condensed extract, she confronts the way the UK has ‘airbrushed’ its problematic past.

Putting the ‘Great’ back into Great Britain. This was the rallying cry of the Brexit vote. But what had diminished Britain’s greatness? What did ‘greatness’ imply?

Fundamental to the objection to EU membership is this particularly British problem, a fixation on triumphs of the past, an overestimation of status today and a refusal to acknowledge all the ways that the world has changed. Unlike its European counterparts, the nation had never been occupied, never succumbed to the trauma of fascism nor the expansive ambitions of Soviet communism. What are mostly the good fortunes of geography were taken to be the superiorities of military cunning and political resolution. Britain’s self-perception, informed by its selective and contradictory recollections of history, feeds political adventurism.

In the case of Brexit, three inventions dominate – the idea that Britain ‘stood alone’ in the war (conveniently forgetting the allies and US intervention – they were called ‘the allies’ for a reason), the view that the EU is a continuum of attempts (beginning with Hitler) to subordinate the country and the perception that Britain was sort of doing the EU a favour by joining in the first place, after saving the continent from the Nazis singlehanded.

One moment at the beginning of the Brexit negotiations demonstrated the madness that these collective delusions culminate in. The German chancellor Angela Merkel told a bizarre story about early talks. She claimed Theresa May repeatedly asked her to ‘make me an offer’. Ms Merkel replied: ‘But you’re leaving – we don’t have to make you an offer. Come on, what do you want?’, Prime Minister May replied again, ‘Make me an offer.’ This went on and the two women found themselves trapped in a recurring loop of ‘what do you want?’ and ‘make me an offer’. May came to the negotiations thinking that she somehow had the upper hand because Britain was such a loss to Europe, one which the EU would try to mitigate.

In choosing to ‘leave’ Europe, Britain’s myth of exceptional strength and historical achievement has disconnected it from reality. It is departing a union on the basis that the nation’s success is down to some sort of uniquely magical and virtuous British quality that will subordinate the elements to its will, just as in the past the small island through pluck, bravery and guile took over and ‘civilised’ the world. It is a near-perfect example of how, when taken too far, myths lead to self-harm.

We Need New Stories is out now via Orion Publishing.

Linkedin
RELATED ARTICLES
OTHER ARTICLES
Sean Maung’s photos are a love letter to the Black and brown communities that make up New York.
A group of young Palestinians have found temporary freedom in the act of parkour, reimagining wreckage and ruins as a series of high-octane playgrounds.
Financial turmoil is pushing people who work in the sex industry into more dangerous and desperate situations as a means of survival.
Photographer David Corio’s archive offers a glimpse inside a revolutionary era of music and nightlife.
Yesterday thousands gathered outside Buckingham Palace after news of the Queen’s death broke.
The idea that a younger generation is abandoning work has become a popular narrative online, but it doesn’t necessarily reflect reality.