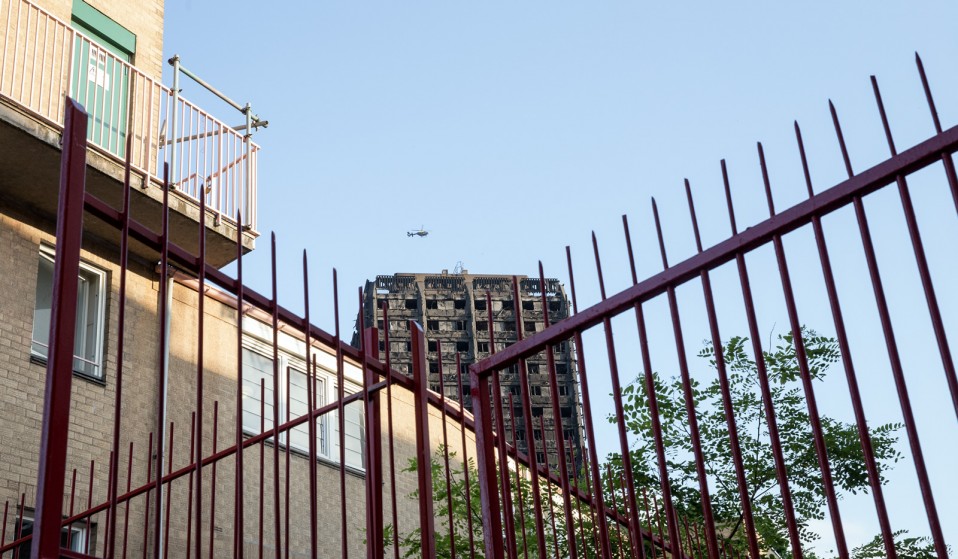 There's nothing funny about confusion after trauma. Victims and their loved ones have every right to distrust the state right now.

There's nothing funny about confusion after trauma. Victims and their loved ones have every right to distrust the state right now. The fact that you're mocking working class communities in mourning says it all.

The empathy for Grenfell Tower victims was bound to run dry in predictable quarters at some point. Less than a week after dozens of people lost their lives, and more lost their homes, the sneering started.

The initial target has been the purported conspiracy theories circulating amongst survivors, locals and the wider internet. The fact that the Metropolitan Police appeared to underestimate the death toll, revising it upwards slowly as the investigation and recovery effort proceeded, was seen by many as a way of quelling tensions and downplaying the magnitude of the tragedy.

The reasons for this are complex, to do with police and INTERPOL disaster recording procedures, but understandably unfathomable to those affected. After surviving such trauma, and still searching for loved ones and friends, anyone would feel anger at a perception their experience was being downplayed, the seriousness not adequately portrayed by the police and media.

OK, I'll admit it. The media+establishment are hiding the Grenfell death toll, like MI5 rigged the referendum, & Hillary won with fake votes

But rather than empathise, and seek to understand where the numerous unconfirmed rumours circulating spring from, instead some have poured scorn and mockery on those who have accepted and spread such stories. This was always bound to happen: the tragedy was horrendous, but as time pushes forward, the veneer of empathy has subsidised, revealing the usual snobbery heaped on the working class, and people of colour. Mockery returns, as people feel they’ve paid enough lip service to the victims’ suffering, and no attempt to understand the phenomenon is attempted.

The fact that so many unconfirmed rumours are circulating is the result of many overlapping factors. Firstly, information has been lacking since day one. One woman I spoke to at the scene, searching for her friend, told me that though there were many community centres open, there was no centralised list of missing people and survivors.

She attempted to compile one in the Rugby Portobello Club with a few other volunteers, and proffered it to the police who told her they didn’t know who to give it to. She found her friend several hours later, but many people still don’t know if their friends are safe. 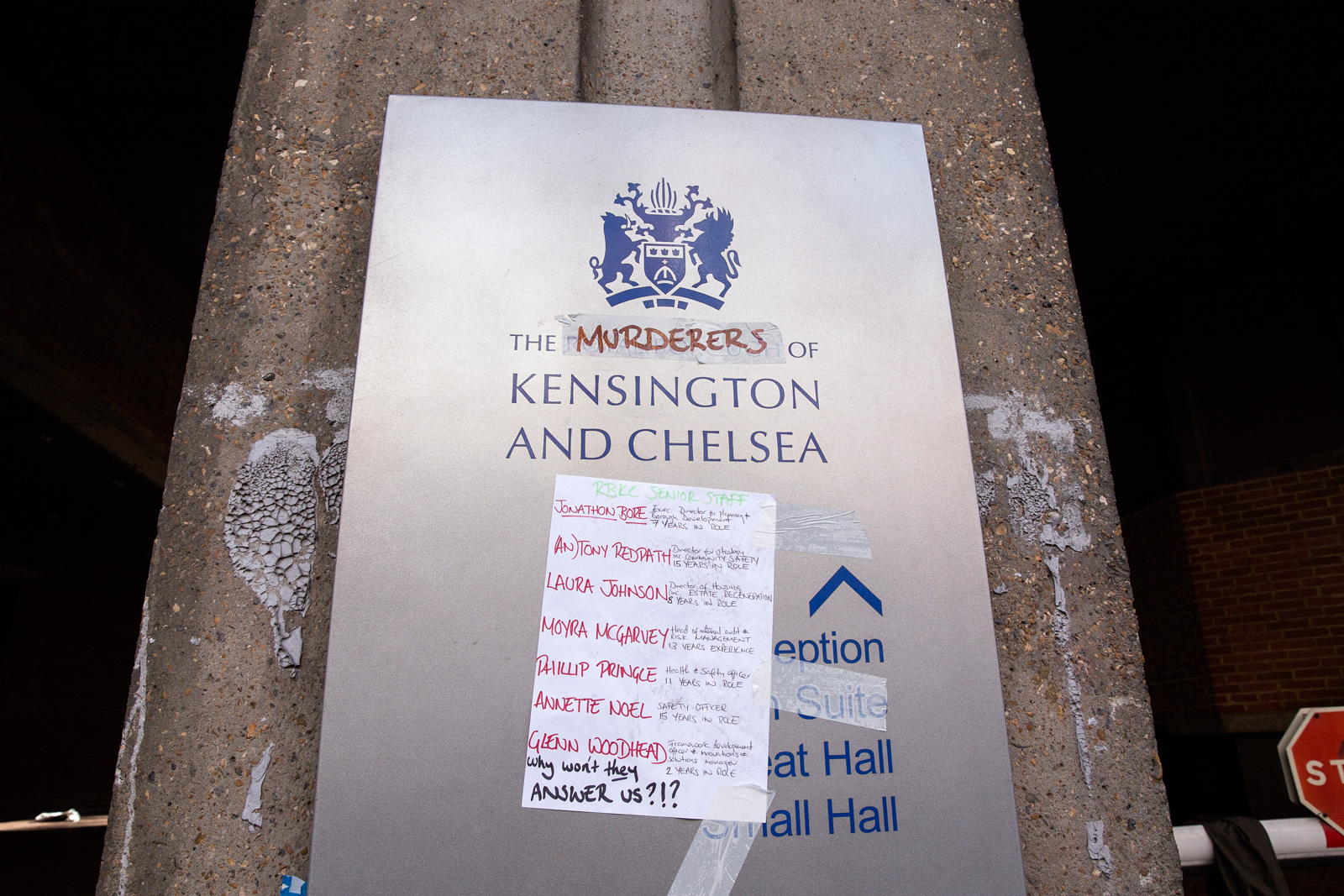 Councillors and politicians have told me that although Kensington and Chelsea council were relieved of their duties in the area after an utterly shambolic relief response, the new Grenfell Response Team was struggling to collect and provide information. The Red Cross were in the street seeking to help, but it’s still difficult to find a central point of information for local residents and survivors.

The information is also conflicting: Theresa May promised survivors would be rehoused locally, then the council put out a statement saying they might not be, before later retracting the statement. On Monday, many parents were unclear whether schools would be open, prompting some to worry their children’s classmates were missing when their parents’ simply hadn’t been able to find out if their school was open.

People are understandably worried and desperate for information. Anything their neighbours report in good faith is the closest they have to knowledge at the moment. Many of the people who fled the tower did so without mobile phones and laptops, giving them little chance to contact friends and relatives by telephone, to say where they were. Often immediate family are notified, but worried friends have no way of finding out where survivors are.

But the overarching factor is one that deserves no mockery at all, and in doing so people betray their snobbery and privilege. The residents were let down entirely by the council and tenant management organisation that ran the tower, their concerns over safety ignored. Repeatedly, the residents’ association warned that the tower had the potential to burn down, killing everyone inside. They were proved right. After being let down so dramatically by the council, the response from the town hall was chaotic and further compounded the ordeal.

The government response was slow, and the former housing minister delayed a review into fire safety. On the streets, I saw people visibly upset being treated roughly by police, and the force were heavy-handed and dismissive when tempers flared between residents and the media, and between locals.

This community have been utterly failed by the state, and so there is no trust left: why expect people not to be sceptical about claims from the council, police and government? Thinking that we live in a society where everything works brilliantly between citizens and the state seemingly has too short a memory to remember the circumstances of Hillsborough and Orgreave. The state can be negligent, violent and dishonest: when you’re vulnerable, why trust them?

The solution to concerns about misinformation spreading isn’t mockery: it’s proper, timely, easily accessible information for all locals, in as many languages as they speak, and mediums that can reach them. Currently, that simply isn’t happening.

Linkedin
RELATED ARTICLES
OTHER ARTICLES
Photographer Matthew Brookes recalls following a group of young people in Venice Beach living in search of the perfect wave.
Finland-born photographer Sirkka-Liisa Konttinen looks back on her decades-long documentation of life in Northern England.
A new edition of a seminal book brings together iconic images of the band onstage in their full glory and backstage in moments of unguarded camaraderie.
A new report has found that the majority of Britains approach trans issues with compassion. It’s about time this was reflected by our media landscape.
In her new book, the author explores the country’s housing crisis in human terms and calls for radical action to address a broken system.
With inflation now at a 40-year-high of 9 per cent, demonstrations organised by TUC took place to demand action from the government.