News & Politics / Opinion / Soon there might be justice for Hillsborough, but Scousers always knew the truth 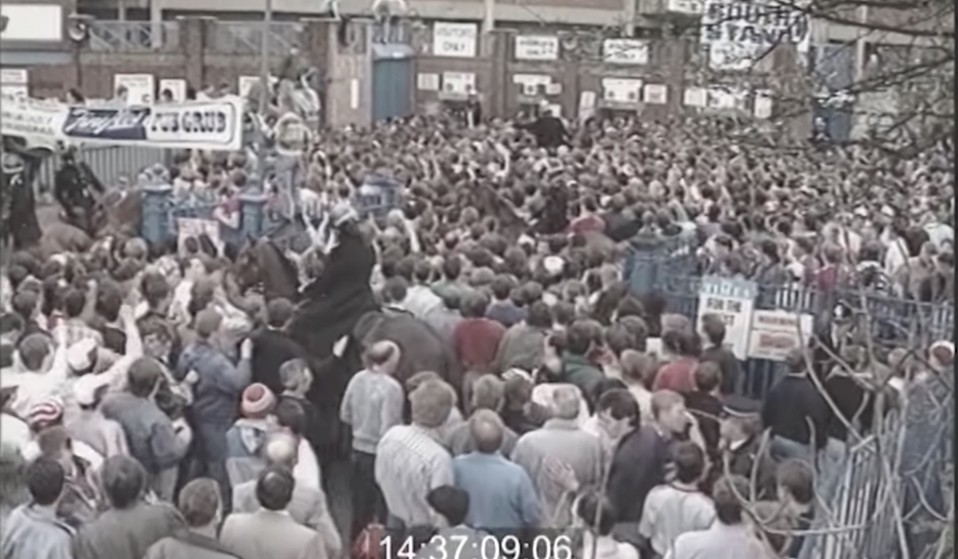 The news that six people will be charged with offences relating to the Hillsborough disaster is welcome, but let's be clear - this comes 28 years too late.

The news that six people will be charged with offences relating to the Hillsborough disaster is welcome, but let's be clear - this comes 28 years too late.

When I first moved to London after seven years in Liverpool, I remember someone saying to me that the Hillsborough disaster had dropped out of the public consciousness. “Has it?” I remember thinking. After spending so long in Liverpool, I honestly had no idea the rest of the country didn’t commemorate the anniversary or talk about it in pubs or keep up with the families’ campaign. So total was Hillsborough’s dominance over the city that it was almost quotidian.

I’ve heard scousers described as having victim complexes because of their refusal to let go of Hillsborough. That’s not how it feels when you live there. There is no sentimentality around that day; just the absolute certainty of a massive injustice. People talk about it matter-of-factly. No one debates the times of ambulances arriving onto the pitch, or when the Leppings Lane terrace was shut. People in Liverpool have always known what happened that day. They’ve just been getting the rest of the country to catch up.

The last 28 years have seen an indifferent state do everything it can to frustrate this effort. Scousers were smeared in the press; first as thugs by the S*n, later as mawkish by Boris Johnson. The first inquest returned a verdict of accidental death, which was reaffirmed over and over again. Most people don’t realise that it wasn’t until 2012, 22 years after the disaster first took place, that this verdict was quashed.

Hillsborough is the story of working class voices being deliberately repressed; of the arrogant complacency of people in power. In 1997, Tony Blair wrote over a note about opening another inquiry, “Why? What is the point.”

It’s impossible not to view Hillsborough through the lens of Grenfell. At Grenfell there are flickers of the same culture of obfuscation, with Kensington and Chelsea council holding meetings on the disaster from which survivors are barred. In both cases the theme is the same: that working class people cannot be an arbiter of their own experiences, that they can’t be trusted – perhaps, even, that they’re a threat.

The authorities could have delivered justice for Hillsborough in the weeks and months that followed: they weren’t short of people telling them what had happened. The victims were expecting police protection; the initial reports implied the police needed protecting from them. The aim was clear: re-cast the police as victims and the victims as perpetrators.

There are echoes of this discourse in Grenfell with rumours of riots flying around hours before protests had even begun. When working class people are killed, they are not mourned by society at large; they are re-imagined as a threat so their deaths are not scrutinised. They are viewed as expendable; the testimonies of survivors are drowned out by a litany of easy stereotypes designed to dehumanise them. The value of human life is apparently not universal; it is determined by how able people are to publicly insist their lives have value. It was assumed the victims of Hillsborough were easy enough to silence – that eventually they would just go away.

But in the words of Margaret Aspinall, who lost her son James at Hillsborough: “The message this sends is ‘never give up, carry on fighting’…That’s the legacy of this.” Six individuals have now been charged by the Crown Prosecution Service in relation to Hillsborough, including David Duckenfield who was in charge on the day and now faces 95 charges of manslaughter.

This is a victory for the Hillsborough campaign, at last justice will be achieved, one way or the other, through the court process – but it is a bittersweet one for families who have had to wait nearly three decades for it to happen. Anne Williams, whose son was killed, died of cancer before any hope of justice seemed possible.

Linkedin
RELATED ARTICLES
OTHER ARTICLES
After building his reputation covering the US civil rights movement in the 1960s, the photographer went on to produce some of the most enduring images of the past century.
Social prescribing connects people with non-medical support to improve their health and wellbeing – but some experts worry it’s just a stick plaster solution.
Photographer Becky Tyrell went down to the fading banger and stock raceway to meet a community desperate to keep it alive.
Since 2007, Gideon Mendel has made 20 trips to document floods in 13 countries. The result is an alarming record of what has already been lost to the climate emergency.
Author Edward Banches dicusses his new book, which examines the hard rock and metal scenes in five African countries: Botswana, Togo, South Africa, Kenya and Ghana.
A new exhibitions brings together the work of photographers who documented the deep unrest of these pivotal decades.