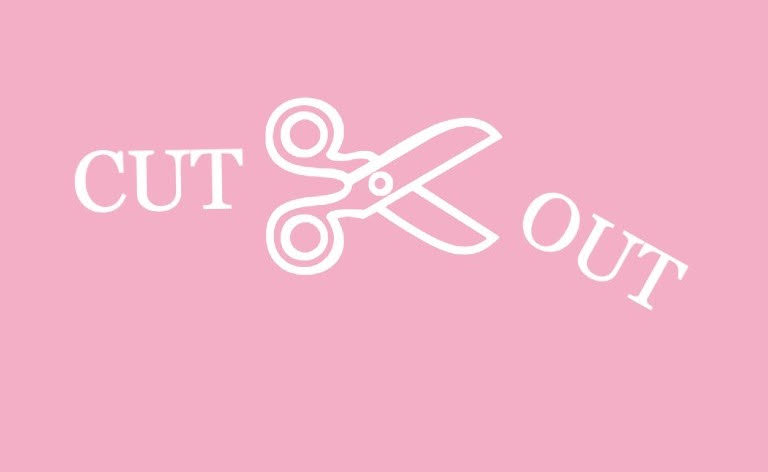 From HIV prevention to domestic abuse: in the latest instalment of Cut Out, writer Louis Staples explores how Tory cuts have gutted LGBTQ support networks.

From HIV prevention to domestic abuse: in the latest instalment of Cut Out, writer Louis Staples explores how Tory cuts have gutted LGBTQ support networks.

It’s a modern day nightmare that, as soon as any LGBTQ+ person dares to criticise the British Conservative Party’s equality record, a Tory will miraculously appear out of nowhere and say: “But what about gay marriage?!”

In response, the LGBTQ+ person will likely roll their eyes before repeating the fact that, although Prime Minister David Cameron did introduce and support the legislation against the wishes of the majority of Conservative members, most Tory MPs voted against the Same-sex Marriage Act in 2013, including now Home Secretary Priti Patel and Education Secretary Gavin Williamson.

Or they might mention that, in the absence of a government in Stormont, same-sex marriage was also mostly brought to Northern Ireland by Labour, SNP and Lib Dem votes after the majority of Tories either abstained or voted against it. Notable abstentions included then Prime Minister Theresa May – who just one week earlier had told the community she would be an “ally for the rest of her life” – and Boris Johnson, who became PM four days later. It’s also worth noting that there’s not one openly LGBTQ+ person in the cabinet

But moves forward like same-sex marriage are often used by Conservatives to tell a bigger, more pervasive lie: “I’m economically conservative, but socially liberal!” We’ve all heard this one – at parties, on social media and at family gatherings – or even, in the worst cases, from LGBTQ+ Tories to justify their politics. The idea that, no matter how many public services or benefits you support cutting or selling off, support for issues like LGBTQ+ equality can be used as a plaster for the deep wounds they leave.

Even if we momentarily ignore the Conservative Party’s long history of opposing LGBTQ+ equality, and the fact that the government have reportedly shelved plans to reform the Gender Recognition Act, or that “conversion therapy” (aka religious torture) remains legal in the UK and the “LGBT+ action plan” released by Theresa May seems to have been little more than a PR exercise, Tory austerity has caused LGBTQ+ people disproportionate harm.

Homelessness is a prime example of an area that adversely affects LGBTQ+ people. Office of National Statistics, homelessness rose 22 per cent last year, coinciding with a record number of homeless deaths. This followed damning data from the Ministry of Housing, Communities and Local Government which revealed that homelessness has risen by 165 per cent since the Tories took power –with charities warning the number could be far higher.

According to the Albert Kennedy Trust, 24 per cent of young homeless people, or young people at risk of homelessness, are LGBTQ+. The Tory homelessness epidemic is therefore an indirect attack on LGBTQ+ people, who are more likely to find themselves at the intersection of poverty, familial rejection and abuse.

Cuts to local authorities and the NHS budget have had a disastrous effect on sexual health services. LGBTQ+ people, but particularly men who sleep with men, trans people and sex workers, require access to specific services. Many clinics have had to close or be scaled back. London’s 56 Dean Street, which has been instrumental in responding to the “chemsex” (drug-fuelled sex parties) epidemic, announced in 2018 that it was cutting its number of available appointments from 350 per day to just 75.

“Fiscal responsibility” has been central to the government’s argument against the rollout of HIV prevention medication PrEP. Despite the fact that the drug – which is groundbreaking in its ability to be able to take the risk of transmission to zero – is far cheaper than a lifetime of HIV treatment, NHS England went to court (at a huge cost) to avoid providing the drug, which is already available in Scotland for free. Instead an “Impact Trial” of 10,000 spaces, which eventually rose to 26,000, has been made available. Yet these spaces disappear almost as quickly as they are created, leading to long waiting lists. In October 2019 it was reported that 15 men had contracted HIV while on the waiting list for PrEP. Without government funding, LGBTQ+ people have to purchase PrEP from overseas at a personal cost, or risk contracting HIV while on a waiting list – a truly untenable situation.

Elsewhere, the LGBTQ+ community are at much greater risk of mental health issues than their straight contemporaries. In 2018, the Trade Union Congress released a damning report that stated that mental health services are at “breaking point” because of a “crisis in funding”.  31 per cent of LGB people reported suicidal thoughts, far higher than the general population. Trans people were found to be at particular risk of suicide, with 46 per cent having thought about taking their own life in the last year. Many are being left on huge waiting lists for appointments at gender identity clinics as demand outstrips resources, leaving increasingly squeezed charities as their only remaining safety net.

We already know that women bear the vast majority (86 per cent) of the burden of austerity. But queer women – particularly bisexual women – are more likely to need to seek refuge from sexual violence and domestic abuse. It is estimated that up to 75 per cent of bisexual women have been raped or sexually assaulted, with a UN report into anti-LGBTQ+ abuse describing the level of violence against bisexual women is “shocking”. These women are much more likely to rely on services like refuges, which have seen their funding cut by £7m since 2010.

So the next time you see a member of the Conservative Party waxing lyrical about the LGBTQ+ achievements of the party, just remember their real legacy. From the young queer person sleeping on the streets, and the gay man unable to get HIV Medication, to the trans person in crisis, and the bisexual woman caught in an abusive relationship with nowhere to turn – this is the true face of the Tories. LGBTQ+ people, especially those who are vulnerable, rely on the services that have been mercilessly cut since 2010. This is a situation that no one who is truly “socially liberal” should tolerate.

Linkedin
RELATED ARTICLES
OTHER ARTICLES
Thomas Hoepker‘s images taken during a road trip across America provide a searing social commentary about a divided country.
Proposals to introduce a minimum GCSE threshold for student loans will disproportionately affect those from marginalised backgrounds.
Photographer Matthew Brookes recalls following a group of young people in Venice Beach living in search of the perfect wave.
Freddie Miller’s new series of photographs investigates who today’s trainspotters are and what drives their unfettered enthusiasm.
Photographer David Hoffman recalls documenting the extreme wealth inequality around Tower Hamlets and Hackney int the 1980s.
Wealth inequality and the rising cost of socialising is placing a strain on people’s relationships, reports Eve Upton-Clark.