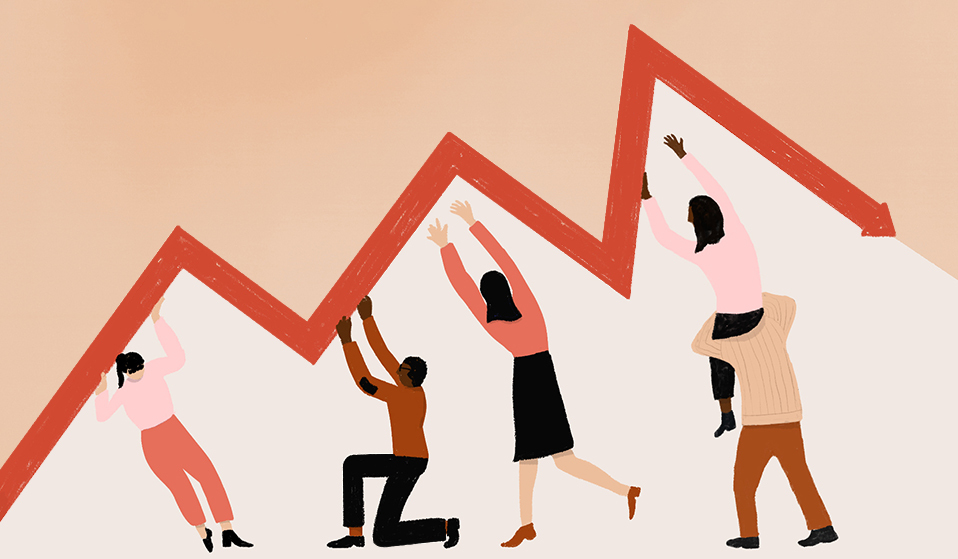 The government’s decision to reopen state schools is nothing to do with education, and only proves that capitalism is dependent on care work.

The government’s decision to reopen state schools is nothing to do with education, and only proves that capitalism is dependent on care work.

As Britain confronts its worst recession in 300 years the leading source of political tension has, at first glance, surprisingly little to do with the economy. No, I’m not talking about Philip Schofield finally ratting on the Tories, or Piers Morgan becoming the nation’s outstanding broadcast journalist, but the issue of schools reopening in June.

“If you really care about children, you’ll want them in schools,” opined Tory minister Michael Gove on Sunday. The British Medical Association disagrees, however, and supports the country’s largest teaching union, the NEU, in wanting to wait until case numbers have fallen further before reopening the school gates. Such a conclusion was borne of caution, rather than politicking, with the BMA eager to highlight conflicting evidence on the risk COVID-19 presents to children and their capacity to spread it. The UK “can’t afford a second spike” they went on to say, a statement few could disagree with. Even Michael Gove.

So if reopening schools is unsafe for children, teachers and the wider public, and risks undermining any gains from a lockdown which has lasted almost two months, why is the government so eager to do it?

At this point we are told, not incorrectly, that school closures have exacerbated educational inequality. That shouldn’t be a surprise given the different resources families have at home: a recent survey by the Sutton Trust – a charity focused on educational disadvantage – concluded that private school pupils were more than twice as likely to receive daily online tuition as their state-educated peers, with the poorest households often lacking access to a laptop or even an internet connection.

For the NEU, that only strengthens the argument to enhance the home learning experience – it being far wiser to provide free computers and high-speed broadband to poorer families than ending the lockdown. Such thinking is compounded by the fact that Britain’s elite public schools – Westminster, Eton College, Winchester and Harrow – are closed until September. If schools are as safe as the government claims, then why aren’t the alma maters of the Prime Minister and Chancellor opening for business?

Which brings us to the real reason for the government’s insistence on opening (state) schools within a fortnight: the economy.

But what has learning to order a croque monsieur in broken French, or copying your friend’s maths homework at break, got to do with the economy? And given children would be returning to school at the tail end of the summer term, traditionally a time for watching videos and fights over own-clothes-day outfits, how might this kickstart GDP?

The answer, in a word, is care. For once the political class, and in particular the Tories, are being brutally honest about the extent to which care work underpins almost all economic activity. As Johnson himself put it last week, “if people don’t have access to childcare and their child isn’t in school for one reason or another… then I think it’s fair to regard that as an obvious barrier to their ability to go back to work.”

This isn’t a new idea, cooked up in the quarantine-stifled fever dreams of the millennial left. Rather it was first made a century ago by Rosa Luxemburg. For ‘Red Rosa’, capitalism was like a wheel which, as it turns, creates value. This wheel was turned by something else – a bit like a bike being propelled by the force from the pedal and sprocket rather than the rear wheel – with workers creating value, some which they keep through wages and some which become profit.

The revelation for Luxemburg, however, was that the wheel of value creation was also being turned by other, invisible parts. In her analysis, the primary one was imperialism, with the developed countries of the capitalist core needing non-capitalist territory to export to, as well as receiving their cheap inputs of labour and resources.

That framework has since been applied beyond just the idea of imperialism. Another area is nature, whose ‘free gifts’ allow for economic expansion in the first place – something which, with climate change, we now know has major downsides. But it’s also been applied to care as families, particularly women, internalise the cost of raising children and maintaining the household. This allows not only for a steady stream of new workers over time but a labour force which is well maintained. Unpaid care work reproduces the very labour-power which underpins capitalism.

In the ’60s, such an analysis led some feminists to demand ‘wages for housework’, a provocation to expose how women – in maintaining the household and raising children – worked every bit as much as their husbands and partners. Of course, payment for such work is impossible, that was the point, because like Luxemburg observed these inputs are exploited as either free or extraordinarily cheap. As feminist campaigners sang in the ’70s, “’if women were paid for all they do, there’d be a lot of wages due”.

Which offers a prism through which to understand the demand to reopen schools, as well as other forms of care, as authorities implore us to return to work. Acknowledging people can’t go back to the office, checkout, or logistics centre until their kids are back in the classroom is a line now being parroted by right-wing commentators, CEOs and even the Prime Minister. And yet, until recently, these same people would eagerly claim that the ability to find work was entirely down to the individual. Whatever happened to self-reliance? Perhaps, I’m beginning to think, that was all a sham.

The coronavirus pandemic has demystified many a libertarian fantasy. One is how the market does just about anything better than the state. Tell that to the NHS staff who had their COVID tests reportedly lost by Deloitte, an accountancy firm who the government, in their infinite wisdom, contracted to run a testing facility. Another is personal responsibility: a mantra which makes little sense when a reckless individual might transmit the disease, while not suffering any consequences, to an elderly or vulnerable person who could die.

But more even than these is the revelation of capitalism’s dependence on care work. If people can’t work until children are at school, then what about the single mother whose child is still at nursery? Why is she expected to work, either now or before this pandemic hit? Or the man whose partner is recovering from a stroke at home? Or the middle-aged couple who, after spending 20 years raising kids, are now looking after parents with early-onset dementia? How are all these people, caring for others, meant to work? They might get the ‘home carers allowance’, of course, but before you get your hopes up that requires working 35 hours a week and comes to just £67.25.

What the schools argument reveals is the importance of care, and how – if our politicians are serious about opportunity for all – we need a national care service from cradle to grave. Capitalism, in particular our present model, is based on not only ‘cheap’ labour, but nature and care as well. One is leading us into climate systems breakdown; but the other, for millions of people, is no less important.

Linkedin
RELATED ARTICLES
OTHER ARTICLES
Photographer David Hoffman recalls documenting the extreme wealth inequality around Tower Hamlets and Hackney int the 1980s.
50 years since its inception, and the campaign calling for recognition that capitalism depends on domestic labour is as pertinent as ever.
Photographer Matthew Brookes recalls following a group of young people in Venice Beach living in search of the perfect wave.
With inflation now at a 40-year-high of 9 per cent, demonstrations organised by TUC took place to demand action from the government.
Photographer Arthur Grace recalls travelling through the Soviet Bloc and finding ways to evade the surveillance of his work.
The curators of a new exhibition are hoping to shed light on Plymouth’s vibrant but often overlooked nightlife.