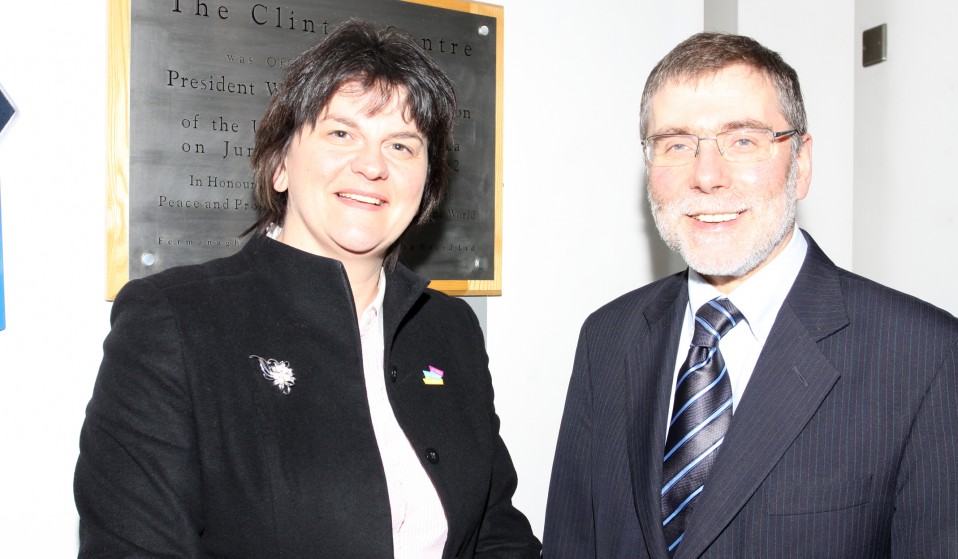 Newly elected Lloyd Russell-Moyle is one of 45 LGBT MPs in Westminster, and he's planning to do all he can to stop the homophobic DUP grabbing power.

Newly elected Lloyd Russell-Moyle is one of 45 LGBT MPs in Westminster, with a constituency in Kemptown that's proudly diverse. It's why he's set to fightback against Theresa May's plans to jump into bed with the homophobic DUP.

The first days in parliament for newly elected MPs are a strange experience indeed. Whilst some have been special advisors or parliamentary assistants in the past, learning the ropes is a lonely experience for those of us joining the benches for the first time.

I am no political novice – I’ve worked at the UN and then in Brussels with the EU for several years, a sitting councillor in the seat I now represent – but the ways that Parliament works is not like a normal workplace. Since last week When was elected to be the Labour MP for Brighton Kemptown and Peacehaven I’ve been on a whirlwind to hit the ground running.

It can be a confusing, tiring and isolating experience, although regardless it’s a privilege that’s almost impossible to put into words.

But what makes this time even more difficult for me, an LGBT man tasked with representing the proudly diverse constituency of Brighton Kemptown, is that Theresa May is set to shore up her position by jumping into bed with the homophobic, bigoted, terorrist-endorsed and extreme right-wingers, the Democratic Unionist Party. Their MPs have consistently expressed homophobic views.

The shambolic government that, should a Queen’s Speech ever be agreed, will soon be formed is set to be propped up by people who want to draw us back in time.

Theresa May has hardly been a long-standing ally of the LGBT community: she voted against repealing the destructive Section 28 legislation, she opted not to support the right of same sex couples to adopt and used here vote in Parliament to try and derail the equalisation of the age of consent for gay men.

Last night in a meeting with backbench Tory MPs, our Prime Minister set out to assure her colleagues that queer people will be protected from the hatred of their new bedfellows, by saying their “views on LGB…what’s the rest of it” would be kept at bay. It’s hardly encouraging. Her new Justice Secretary has an appalling record on LGBT rights too.

The Conservatives have said they don’t want to be the nasty party any longer, and yet they are making deals with the devil.

In a photo call yesterday, I ended up walking into the chamber and found myself standing next to a DUP member who has been newly elected. I asked her if she recognise the difficulties that the DUP in government would cause to Northern Ireland peace process, unsurprisingly she was oblivious. The Good Friday agreement hangs in the balance – the deal that has kept Ireland and the North in a state of relative peace – but it relies on respect for both sides. This DUP member, and their party more broadly, are oblivious to the hate and nastiness that they spout.

I worked in Sri Lanka and in Kosovo to build up youth services after their civil conflicts and I know how important it is not to take sides in peace building, whilst challenging all sides in equal measure. If I was a government negotiator I would not be able to do my job in Northern Ireland in the ongoing peace process if my master was under the thumb of one side.

I’m the Member of Parliament for Brighton Kemptown in which Brighton’s Hospital is located where many people were treated after the Brighton IRA bombing. Whilst I utterly condemn the IRA, what is clear is that enraging them, and giving them cause to even think about ending the peace process, for the inevitable reaction form the unionist terrorist who support the DUP could mean a spiral of violence across the UK. All this at the time that our country is in critical condition in a terror threat.

Today I joined LGBT Labour MPs to protest against the DUP getting their grubby hands close to government but where were the LGBTories MPs? I can say that as an MP I will fight tooth and nail against the most repugnant party in our Parliament and I know that many will join with me in condemning this party who wants to take us back to the 1950s.

Linkedin
RELATED ARTICLES
OTHER ARTICLES
A recent High Court ruling against the right to wild camp in Dartmoor National Park sparked the largest land protest in history – and campaigners say their fight is not over yet.
David 'Dee' Delgado’s photo project is about honouring and uplifting the city of his youth, and a world rapidly disappearing under the relentless onslaught of gentrification.
The action took place in response to the 200 asylum-seeking children who were placed in hotels run by the Home Office who have gone missing.
AI companies that develop image-generators using copyrighted artwork from the internet are coming under fire from artists who say that it amounts to theft.
Theo McInnes’s photos of the annual event provide an intriguing snapshot of contemporary Britain.
After building his reputation covering the US civil rights movement in the 1960s, the photographer went on to produce some of the most enduring images of the past century.