News & Politics / Opinion / In these trying times, we must simply eat the rich 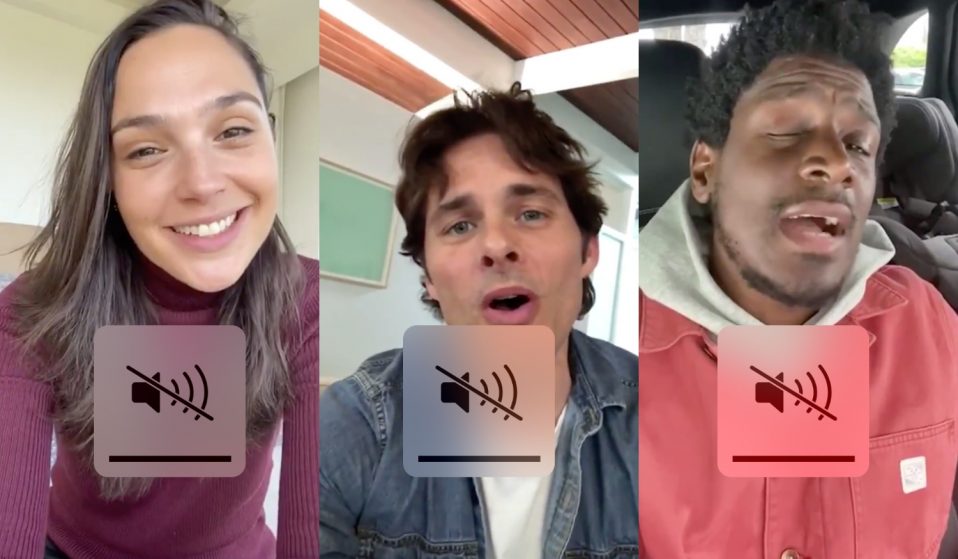 There’s nothing like a global economic crisis to change minds. And right now, we’re only about three more ‘Imagine’ videos away from a revolution.

There’s nothing like a global economic crisis to change minds. And right now, we’re only about three more ‘Imagine’ videos away from a revolution.

Still, that’s what we had to endure this week when actress Gal Gadot enlisted a bunch of her similarly wealthy and famous friends (including Will Ferrell, Amy Adams, Mark Ruffalo and more) to sing the song together from their homes, in order to… inspire us… I guess? If you haven’t watched it yet, I urge you not to. The overall effect is like the apocalypse version of an Oscars selfie.

Absolutely no one wants to see an Oscars selfie right now. During this global crisis, our patience with celebrities is at its lowest ebb. Gadot and co aren’t the only celebrities who have inspired ire this week: a stoned-seeming Vanessa Hudgens went on Instagram Live to talk about how she thinks deaths from COVID-19 are “like, inevitable”. Jared Leto, meanwhile, decided to live-tweet his horrified response to learning about the coronavirus weeks behind the rest of us when he left a silent meditation retreat that I can only assume cost a lot more than the six months of rent my landlord thinks I should have “put aside”.

Gal Gadot’s manufactured viral moment feels even more egregious than these accidental arse-showings, because Gadot and friends seem to have really thought this video was going to make us all feel better. It wasn’t a mask-slipping moment, but a sincere offering. In fact, Gadot’s vom-inducing montage has provided a unifying moment, just not in the way she intended: rather than fawn over how kind and inspiring she and her friends are, the pretty much universal response has been one of “eat the rich”. Because, as GQ columnist Sophia Benoit put it: “imagine – IMAGINE – having $17 million dollars and thinking that making a video clip of you singing one line of a song would help anyone.”

Celebrities when people are d*ing all over the world pic.twitter.com/UN5VWEpWgH

The general consensus is that Gadot and friends should at least be donating their wealth to support those hit by this crisis, and at most, they should be paying us to watch their asinine crap. They’re not the only ones seemingly blindsided by a swell in anti-celebrity sentiment on their socials: Andrew Lloyd Webber’s offer to livestream himself playing some cheerful tunes on the piano was met with calls for him to bail out struggling artists instead.

This kind of class consciousness at its most fundamental doesn’t seem all that revolutionary. But cast your mind back a mere four months ago, when Jeremy Corbyn set the stage for the 2019 election by arguing that there shouldn’t be any billionaires. At the time, parts of the British commentariat and public lost their shit: the Daily Mail said the suggestion showed the “depth of [Corbyn’s] ignorance”, many argued on Twitter that everyone should have a chance at obscene wealth, and a man who earns £80,000 a year claimed to be poor on primetime TV. In the US, Bernie Sanders mirrored Corbyn’s anti-billionaire stance, and sparked the same wilful misreadings and outrage. (“Wait, what??” tweeted Andy Lassner, a producer on Ellen, “Oprah shouldn’t exist?”)

There’s nothing like a global economic crisis to change minds. Now that literally everyone who isn’t uber-wealthy is facing complete turmoil, the time for palling up to billionaires seems to have passed. Perhaps in the past, it was easier to look at Kim Kardashian and Kanye West in their eerily empty home and think, “that could be me one day”. But today, the sight of ‘slebs in their mansions telling us all to “stay home” only inspires rightful rage.

Gal Gadot: So how did that video do yesterday? Did it bring everybody together?
Assistant: In a way

Hopefully, this rare global moment of solidarity will be the end of vapid, pacifying “feel good” content in crises. By this, I don’t mean light entertainment, happy stories, or videos of penguins walking down stairs, all of which we need more of in general and especially at times like this. By “feel good” content, I’m talking about the “thoughts and prayers” offered up after a tragedy by those who could offer more than their thoughts and prayers. I’m talking about the brands creating a viral moment by giving away free coffees, while also cutting their staff’s pay behind the scenes, and the millionaires who tell us “we’ll all get through this together” while they sit in their mansions, and we’re threatened with eviction from our cramped flats.

Nothing about the future seems certain right now, but it’s hard to imagine that celebrity culture, and our general attitudes towards extreme wealth, will remain unchanged after this. Maybe we’re about three more “Imagine” videos away from the revolution. At the very least, we’ll never fall into the trap of believing these people live on the same planet as we do again.

Linkedin
RELATED ARTICLES
OTHER ARTICLES
After blocking the Scottish government’s gender recognition reform bill, Westminster is now devising further changes to the law to make it harder for trans people to self-identify.
Photographer Sean Maung reflects on documenting a small town in Pennsylvania afflicted by high levels of unemployment, poverty, violence, crime, and addiction.
After building his reputation covering the US civil rights movement in the 1960s, the photographer went on to produce some of the most enduring images of the past century.
A new law change is enabling Britain’s donor-conceived children to know the truth about their origins – but campaigners say the fertility industry must do more to protect people.
Tristan O’Neill’s shots of dancers caught in moments of reverie at the height of rave’s golden age are a testament to the UK’s legendary club culture.
Since 2007, Gideon Mendel has made 20 trips to document floods in 13 countries. The result is an alarming record of what has already been lost to the climate emergency.