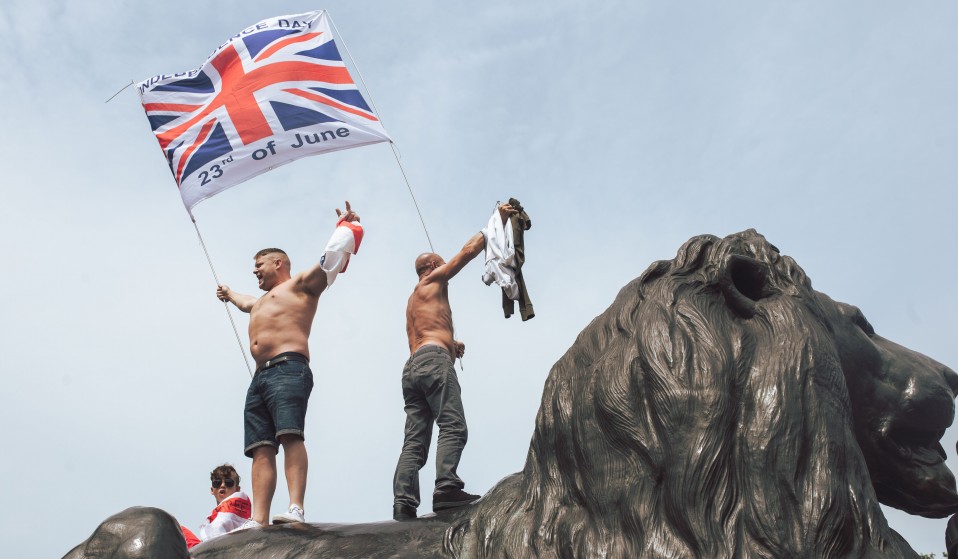 Writer Hasan Patel explores how the increase in far-right attacks has been fuelled and validated by an unfiltered online world and an unmoderated media.

Writer Hasan Patel explores how the increase in far-right attacks has been fuelled and validated by an unfiltered online world and an unmoderated media.

Last Wednesday, a white “gunman” shot dead nine people in the town of Hanau near Frankfurt, targeting two Shisha bars. All were, in the German argot, “of migrant background.”

Across the British press, the suspect was swiftly labelled a “gunman” or an “attacker” – no doubt because of his white skin. But there must be no equivocation: the suspect was a far-right terrorist who undertook a callous attack acting on extremist, racist and eugenicist motives.

Politicians across Europe have condemned the attack, with Angela Merkel urging German citizens to “stand up with strength and decisiveness against those who try to divide society”. But as long as the political classes are unwilling to view these incidents as acts of far-right terrorism, or acknowledge the wider and more dangerous growth of Islamophobic sentiment across Europe, their words remain empty platitudes. The rise of the far-right needs to be acknowledged and tackled like the emergency that it is: it cannot be left for minority groups to fight alone.

The Hanau massacre follows a slew of violent far-right incidents in Germany. Last June, Walter Lübcke, a regional pro-migrant politician, was assassinated in his home in Kassel by a man with far-right links. On Yom Kippur, in October, a young man armed himself with home-made grenades and assault rifles and attempted to carry out a massacre at a synagogue in Halle, later admitting a far-right, anti-Semitic motive. Weeks later in the same city, gunmen shot at the office of Karamba Diaby, a black Social Democrat MP who receives a horrific and constant stream of death threats for simply existing. And, just last week, German authorities intercepted a network of extremists who they said were planning a series of deadly raids on mosques across the country.

According to reports, the Hanau attacker wrote a “manifesto” outlining his fascistic tendencies, urging for the total annihilation of 20 countries in North Africa and the Middle East. This hatred – once extreme – seems to now only to be validated by the racist and anti-migrant views that are normalised in the mainstream media. Because of a lack of urgency in fighting this threat, the far-right feel emboldened.

Last Friday, closer to home, news broke that the Muezzin (person who makes the call to prayer) at the London Central Mosque was stabbed in the neck during afternoon prayers. The attack – which is not being treated as terror-related – rounded out a week of extreme, right-wing controversy in the country. Days before, the government was faced with immense public pressure to fire Andrew Sabisky, an advisor who advocated for eugenics. Hours later, the No. 10 Press office refused to comment on whether Boris Johnson agreed that black people were mentally inferior. Priti Patel, the Home Secretary, also announced the government’s new points-based immigration system which sets an arbitrary income level as a necessity to enter the UK, reinforcing the idea that anti-migrant narratives are mainstream and widely accepted.

Just to hammer the point home, the week was rounded off by a discomfiting episode of BBC Question Time, which saw an audience member go on an unhinged rant about how the UK had to “completely close the borders” as “enough was enough.” It was clipped by the BBC and posted onto Twitter uncritically, allowing the speech to be shared across social media (it currently has 3.8 million views). It’s since been revealed that the audience member in question is a member of the far-right (what a surprise) who’s been spotted at “Free Tommy Robinson” marches.

This is the person from BBC Question Time this week.
She was given a front row seat almost directly opposite to the host, Fiona Bruce. pic.twitter.com/SAE48Ft7vd

Terrorism inspired by far-right, racist, anti-immigrant ideology does not occur or exist within a vacuum. It is entrenched and validated by a system that allows radicalisation to take place in the comfort of our own homes through an unfiltered online world. It is spurred on by a society that legitimises, platforms and lends power to voices that seek to divide us based on our skin colour and religion. Our unwillingness to admit things have gone wrong will only make things worse. Unaccountable individuals, through their words and actions, normalise hatred and division using the internet and mainstream media.

You do not need to look any further than our own soil to see this is true. After Prime Minister Boris Johnson compared Muslim women who wore the Burqa to “letterboxes” and “bank robbers” there was a 375 per cent increase in reported anti-Muslim hate incidents. Just three and a half years ago, Labour MP Jo Cox was assassinated during the EU referendum by a far-right terrorist who exclaimed “Britain First”. In 2017, a man radicalised by far-right, anti-Muslim material accessed online drove a van into pedestrians in front of Finsbury Park Mosque, later admitting in court that he had hoped to kill Sadiq Khan too. We cannot view these events in isolation from one another. Recent events should be a wake-up call. The disease of far-right extremism must be fought by us all.

Linkedin
RELATED ARTICLES
OTHER ARTICLES
The campaigning charity are on a mission to increase inclusion, participation and representation of Black people in trail running.
Shaunak Sen discusses his documentary chronicling an ad hoc hospital’s efforts to protect the city’s birds of prey.
After a devastating fire, creatives in the city are coming together to call for more affordable workspaces.
The photographer reflects on a decade which saw the rise of MTV and the flourishing of new genres.
The hate Just Stop Oil faced after throwing soup over a Van Gough painting has been immense. Here, they explain why it won’t deter them.
Over the weekend, the United Families & Friends Campaign organised a protest calling for an end to deaths at the hands of the police.