News & Politics / Opinion / In the UK, children of prisoners are vulnerable and neglected 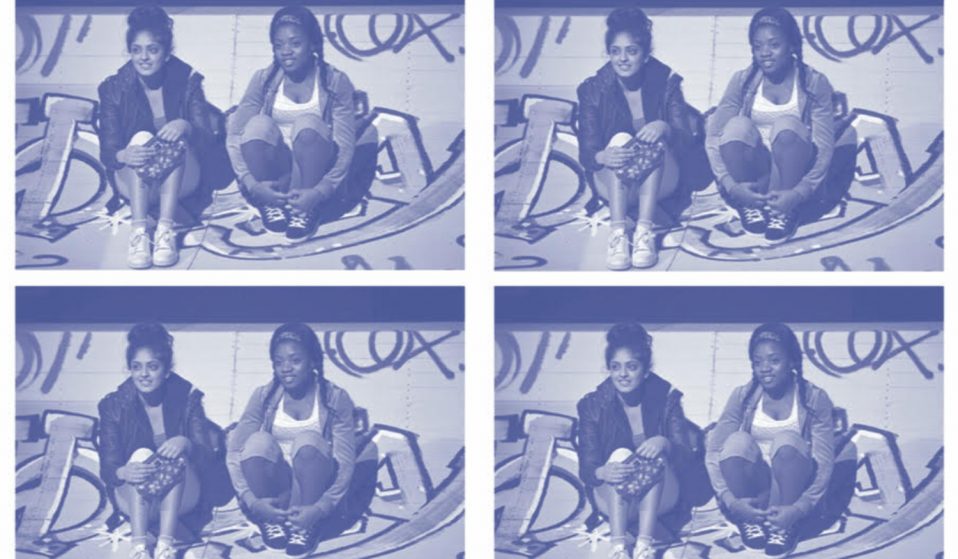 These children are at risk, but society treats them the same way it treats their parents – as unworthy of investment, care or rehabilitation.

These children are at risk, but society treats them the same way it treats their parents – as unworthy of investment, care or rehabilitation.

My dad has been in prison for most of my life. As a child, it wasn’t something I ever felt ashamed of – in fact, I actually thought it was quite normal. Some people’s dads were builders or bakers, and mine was an armed robber.

The only thing that made me think it was wrong was my mum, who told me not to tell people. And when the person you trust the most in the world tells you to lie, it can be very confusing. She told me to say that my dad was in the army which, in hindsight, probably spared me a lot of drama.

When I did eventually tell a school friend, I made her swear on her most prized pen (a wobbly biro with a Hello Kitty head). I remember her face clearly: a mixture of shock and excitement. She didn’t know about prisons or prisoners. All she knew was that when someone is ‘bad’ they get sent to jail. The same place where, in cartoons, convicts wear black and white striped tops and rattle their bars. But to me, jail was where I ate sweets and had cuddles with my dad.

An estimated 312,000 children in England and Wales have a parent in prison. These numbers are higher than any other single group of children officially defined as vulnerable – including children in care, children leaving care, and children starting a child protection plan. Despite the amount, I discovered recently that there are no government statistics on children of prisoners, and virtually no structural support. The Barnardo’s website claims that this is because neither the “courts, governments, nor local services ask routinely about them”. It also says that these children are “unlikely to reveal themselves for fear of social stigma and bullying, and so remain hidden from local services.” (Barnardo’s new report for England and Wales, titled On The Outside, is calling on the Government to appoint a lead Minister who will have responsibility for children of prisoners, and who will ensure they are identified from the point of sentencing or remand.)

There are some independent stats available, though. According to Stuart Harrington from National Information Centre On Children Of Offenders (NICCO), children with a parent in prison are “twice as likely to experience mental health problems and less likely to as well in school. They are three times more likely to be involved in offending. 65 per cent of boys with a convicted father will go on to offend themselves.”

What we know, then, is that these children are a group at risk. And yet our society treats them the same way it treats their imprisoned parents – as unworthy of investment, care and rehabilitation.

Unfortunately, thanks to the recent election result, this attitude looks unlikely to change. The Tories seem to be obsessed with cutting crime and stopping the reoffending rates, and Boris Johnson’s idea of doing this is to bring in harsher sentencing and build more prisons (like the ‘mega’ jail HMP Wellingborough).  “We need to come down hard on crime,” he told the Daily Mail earlier this year. “That means coming down hard on criminals. We need to reverse the balance of fear. I want the criminals to be afraid – not the public.”

This mindset – which puts punishment over care, alienation over rehabilitation – will only demonise prisons, and their inhabitants, further. And if that happens, their children will suffer too.

Until the government introduces some radical change, we have to take things into our own hands, and do whatever we can to stop the stigma seeping into their lives. That’s why, this year, I decided to start The Human Ensemble: a theatre company for kids who have, or have had, a parent in prison. As an actress and writer with direct experience of the system, I know that children don’t want to be patronised or made to feel different – they just want to feel normal, and live a life free from shame. I know that theatre and the arts can help with this: they create spaces where you can express your emotions safely, and where you can play free from judgement.

The plan is that myself and a professional director will take a 10-week acting course, where we explore what it’s like to have a parent in prison through theatre games and improv. It’s a work in progress, but there are plenty of other companies out there that show the amazing effect theatre can have on prisoners. Synergy Theatre, for example, is a charity that works with ex-offenders and offenders, and – having worked with them on several occasions – I’ve seen first hand the real change they are making to people’s lives. Children Heard And Seen is another small but rapidly growing charity in Oxfordshire, and you can get in touch with them if you want to become a mentor to a child. Their goal is to offer a support network to children who are affected by family members being in prison.

By ignoring these children, we are playing into their beliefs that they should feel embarrassed and ashamed of who they are and where they come from. But by teaching them to accept themselves, and to be open, then we can break them out of any self-fulfilling patterns or cycles. No child should have to suffer in silence – and if the government won’t listen, it’s up to us to amplify their voices.

Linkedin
RELATED ARTICLES
OTHER ARTICLES
Following the release of his newly republished 1991 book, Redheads, the American photographer reflects on his celebration of ginger people and their magnetic power.
The author discusses her blistering new novel about history, revolution and queer love.
The revered showbiz chronicler recalls his journalistic beginnings, documenting subcultural scraps in the ’80s.
New legislation is set to make it more difficult to hold Israel accountable for its human rights abuses.
From the Yakuza to a biker gang, Bruce Gilden recounts capturing Tokyo and Osaka in the ‘90s.
Over the weekend, London locals came together to resist a pre-planned police raid targeting delivery drivers.