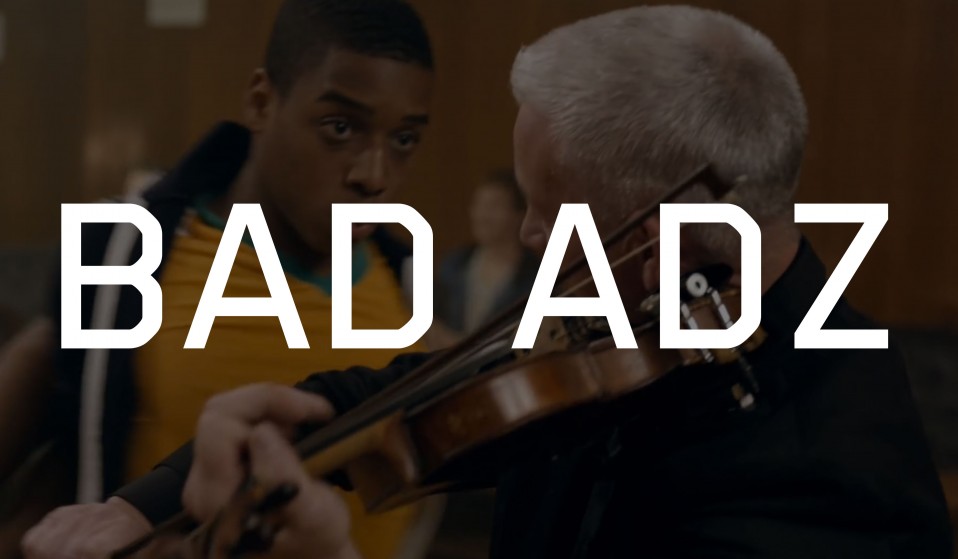 Pandora’s box has been well and truly opened. And that isn’t some greasy little ad-land joke either. Since last week’s column went up, a brand brother-in-arms sent me a link to watch and my life will never be the same. It was one of those moments that you can never recover from, which can be either lekker lekker or really, really shit. Like meeting my old man for the first time when I was forty (mental) or going to a football stadium in Soweto and discovering I was the only European person there (brilliant) or having a few problems with a Tennessee State Trooper and having to dig deep to outwit him (crap, then exhilarating). Oh, and having a M16 pulled on me in Sao Paulo (a right hairy moment). However good or bad these moments are – these are the things that make up your life. It’s never plain sailing and this is what should be represented in brand communications. Stuff that we watch, listen, read and then think, ‘Yup. Been there, felt like that.’ This is when the connections are made and the bond between consumer and brand begins to form. Anyway, none of that was happening, would you believe, when I watched this TV ad.

The ad in question? J20 Presents: Juniors Crew 2 Old Irish Beats. And the worrying thing is the title suggests that it’s a series. Or perhaps after it went down like the proverbial 747 the series was canned (if there is a God). It’s not the newest of ads, and I hope there isn’t going to be more.

Open on some normal-looking punters in a social club doing their thing on a wet and windy Tuesday night. An Irish band begins to belt out a standard reel. Then cut to a gang of ‘youths’ striking the most stupid ‘street’ dance pose you will ever see in the middle of the floor, normally reserved for bingo. Brilliant! It’s a piss-take! It’s satire! It’s a bit Nathan Barley. But then my heart dropped as I realised it’s not. Cut back to the drinkers/onlookers/victims looking bewildered. Perhaps they too are thinking, ‘Is this shit for real?’

The band plays on as we cut back to an even more bizarre dance move this time shot from above with a crane – just to let you know that the agency bled the brand dry on the shoot. The band go mental playing their little Irish hearts out and the crowd begins to tap their feet. A few of them swig J20 – and I’m thinking, ‘You’ll need something way stronger than that mate.’

Cut back to the dance ‘crew’ for more street-inspired shuffling. This is worse than bad. No-one ever dances like that. Okay, so they do on those talents shows or in a flash mob (another heinous ad-land creation) that gets in your way as you’re passing through a station or airport. What I’m witnessing here is a stage-school dance troupe who have taken the ‘street dance’ class on a Monday arvo for six weeks verses the most stereotypical Irish diddle-dee fiddle and drum band. Talk about stereotypes. Talk about a bad idea. The only compensation is that no-one did the windmill. Oh hang on, forget that. Always a windmill to let you know how down this is. This isn’t something that represents the culture. This is a low. I’m not going to write anymore.

Linkedin
RELATED ARTICLES
OTHER ARTICLES
Proposals to introduce a minimum GCSE threshold for student loans will disproportionately affect those from marginalised backgrounds.
Over the years, a swimming hole in a city park has evolved into a magnetic meeting place for Philadelphians – a hideaway where people can connect with the natural landscape, and each other.
In her new book, the author explores the country’s housing crisis in human terms and calls for radical action to address a broken system.
Writers Gracie Mae Bradley and Luke de Noronha take on the callousness of borders, arguing for a world beyond them.
Finland-born photographer Sirkka-Liisa Konttinen looks back on her decades-long documentation of life in Northern England.
In the latest instalment of Photographers in Conversation, the chronicler of raves, protests and beyond explains why he’s drawn to such specifically visceral environments.