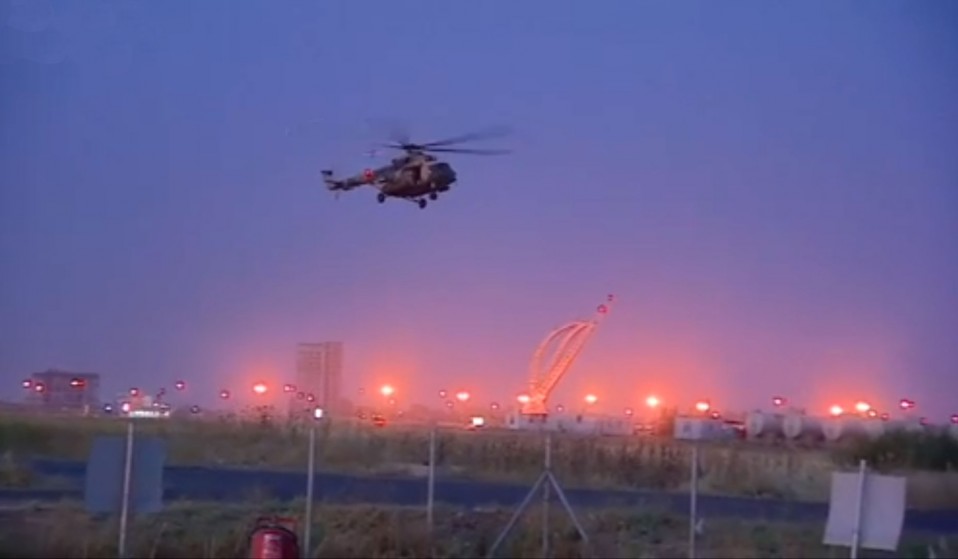 Helicopters bomb Northern Iraq and we're all meant to feel great about our new government?

Helicopters bomb Northern Iraq and we're all meant to feel great about our new government?

The BBC goes live today with an ‘exclusive’ video direct from a ‘coalition’ night-attack against what we are told are ISIS positions somewhere ‘near Mosul’ in Iraq.

It is cool footage. It is exciting. It gets you clicking. It teases out the derring-do of both ‘our boys’ on the ground in the middle east and the BBC correspondent, resplendent here, headscarf-free, flaxen hair flowing sexily in the breeze from the attack chopper’s weapon bay.

But is this an exclusive piece of BBC scoopage – or is it state-funded propaganda?

You don’t have to be a conspiracy theorist to be very skeptical and critical of the BEEB’s increasing reliance on click-bait of varying degrees of shamelessness to raise its traffic.

The thing is, the BBC shouldn’t have to chase clicks. It’s not supposed to be a commercially led organisation.

It’s common knowledge that John Whittingdale, the new head of media and culture recently appointed by the new cameron administration, is no believer in the licence fee. In fact, he is widely quoted as saying that the license fee is ‘Worse than the Poll Tax’. And with the BBC’s charter renewal coming up – could the splash pages of the heavily trafficked, publicly funded BBC homepage have been hijacked? Is there pressure put on BBC editors to use this sort of footage as a kind of veiled message of hope and foreword thinking on behalf of the newly elected Cameron regime?

It may be that the offer of this sort of editorial gold is, to paraphrase Mario Puzo’s Godfather, too good to refuse.

Or it could be a much more pernicious example of creeping state intervention in an increasingly embattled BBC as a tacit quid-pro-quo in exchange for its very existence?

Take a look at the footage. YOU decide.