News & Politics / Opinion / In banning its critics, Israel has proven not all Jews are welcome 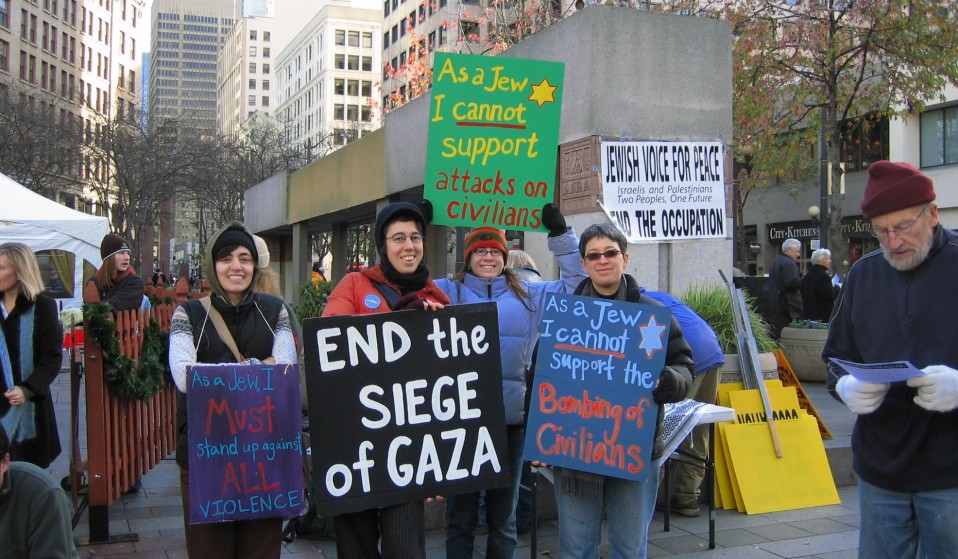 The religious nationalist state is abandoning a founding principle - the Jewish right of return - to silence dissent, argues Alon Aviram.

Groups who criticise Israel have been banned from entering the country, a blacklist including Jewish-led organisations. Israel’s veneer of liberal democracy continues to slip, argues Alon Aviram. The religious nationalist state is abandoning a founding principle - the Jewish right of return - to silence dissent.

Not all Jews are kosher – Israel made that abundantly clear when it published a list of 20 groups whose leading members will be banned from entering the country. The announcement comes after the Israeli parliament passed a bill last year that forbids entry to “foreign nationals who call for economic, cultural or academic boycotts of either Israel or the settlements.”

Dubbed the BDS blacklist, a somewhat predictable roll-call of international organisations were named, from the Palestine Solidarity Campaign to the Boycott, Divestment and Sanctions movement (BDS). However, one stood out, Jewish Voice for Peace (JVP).

JVP, a US-based, Jewish activist organisation, endorses the divestment from and boycotts of companies that profit from Israel’s occupation of the West Bank, Gaza, and East Jerusalem. It’s gained notoriety (and support) in predominantly Jewish communities in the US, especially after its director, Rebecca Vilkomerson, called for Jews to boycott Israel in a Washington Post Op-Ed.

Political pundits on the left, right and centre rushed to give their two cents on the significance of members of a Jewish-led organisation being denied entry to Israel. Some celebrated it as a just comeuppance for a group tarnishing Israel’s image – after all, JVP committed the cardinal sin of criticising Israel outside of the mishpocha (family), an absolute no, no. Others called the banning of critics another step on the road toward Israel’s abandonment of any semblance of liberal democracy.

Whichever side you fall, this latest decision tests a founding pillar of Israel, that “every Jew has the right to come to this country as an oleh (ascendant).”

The words subscribed in the Law of Return, enacted by Israel’s Parliament in 1950, set in stone the right of all Jews to settle in Israel. Yes, there have been instances throughout Israeli history where Jews have been denied citizenship, from the Soviet spy to the American mobster. However, this latest move points to a broader trend toward a hyper-nationalist Israel which determines the Jewish right of return not only by religion, but by political thought. Increasingly, critical Israeli citizens and Jews are being denied a voice in a state that has since its inception has been hostile to and displaced Palestinians.

In justifying the blacklist, Arye Deri, the Interior Minister, said: “These people are trying to exploit the law and our hospitality to act against Israel and to defame the country. I will act against this by every means.” Deri, a co-founder of Shas, an Ultra-Orthodox religious party, was convicted and sat in jail for taking bribes as Interior Minister in the early 2000s.

That a man found guilty of taking bribes in public office feels he can school others on the values of defamation and patriotism could be a parody, but it’s a reality in the land of soured milk and honey.  Only earlier this week, tapes emerged of Netanyahu’s son, Yair, arguing over a payment to a prostitute, and telling the son of an Israeli business tycoon that Benjamin Netanyahu had a set up a $20 billion oil deal for his father.

Israel has always fiercely desired to be accepted as part of the West, but how much do these antics really harm the current government? For a long time, Israel had to publicly endorse a commitment to peace and liberal democratic values to stand among the league of nations. More recently, and now emboldened by President Trump’s flamboyant, autocratic governance, Israeli Prime Minister Benjamin Netanyahu and his cabinet have been only too keen to drop any other pretence. To the letter, Netanyahu has stoked the flames of populism and anger toward the media, deriding sections of the Israeli Press for being a ‘fake news industry’, and going to war against the police for investigating him in an anti-corruption probe.

Only time will tell if Israel’s boycott of opinions is short-sighted politicking which will backfire in the long run – JVP has reported a groundswell in support since the announcement. With Israel’s ever rightward trajectory, liberal sections among its international base are running out of answers to explain their unwavering support. And in a twist of fate, some Jews – albeit a handful for now – will find themselves experiencing exclusion, stripped of their privilege, and barred from a state which says it’s a home for all Jews.

The Jewish right of return has always been a cornerstone of diaspora Jewry’s support for Israel. The patriotic message was and largely still is, that Jews will always have a home in the state of Israel should they decide to leave their countries of origin. In light of this general rightward trend, in which new draconian legislation seemingly passes by the day, some have already started asking whether that invitation extends to all Jews or not, let alone Palestinians.

But if the Israeli right has proven it is good at anything it is in changing the reality on the ground. Now in its 70th year of existence, this move is symbolic of Israel’s move from a young state committed to liberal democracy (for its own Jewish population) into one which embraces a cruder form of autocratic rule. The late Yeshayahu Leibowitz, an orthodox Jewish Israeli philosopher, understood the perils facing the region only too well, declaring that “religious nationalism is to religion what national socialism is to socialism.”

Linkedin
RELATED ARTICLES
OTHER ARTICLES
A new exhibitions brings together the work of photographers who documented the deep unrest of these pivotal decades.
Activists and campaigners are fighting back against new laws that would seriously undermine the ability to take industrial action, calling it an attack on fundamental workers' rights.
Theo McInnes’s photos of the annual event provide an intriguing snapshot of contemporary Britain.
The action took place in response to the 200 asylum-seeking children who were placed in hotels run by the Home Office who have gone missing.
Filmmaker Laura Poitras discusses her new documentary which traces the remarkable life of the artist-activist and the impact of her battle against the US opioid crisis.
At his West Bank restaurant, Fadi Kattan established himself as the voice of modern Palestinian cuisine. Now, he’s bringing his innovative, bold flavours to the UK’s capital.