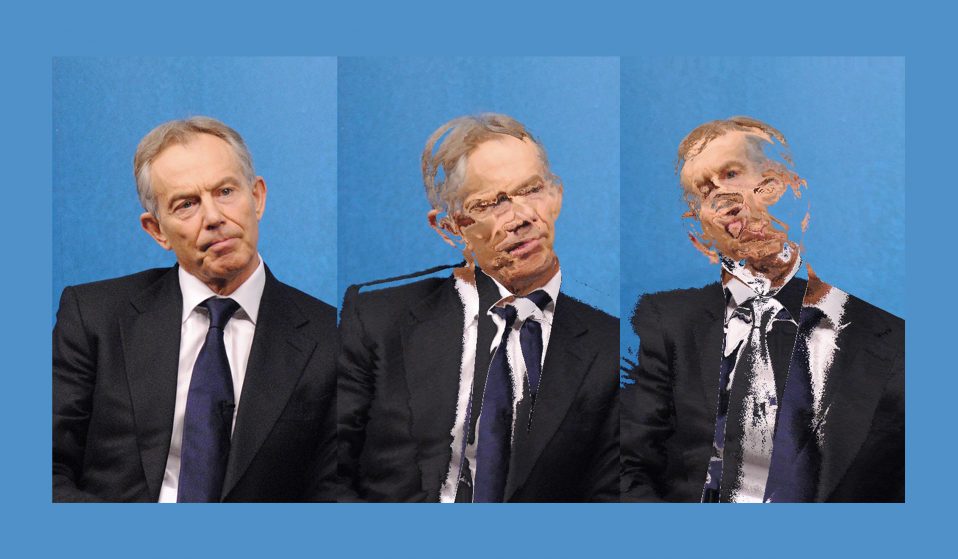 The former Prime Minister is a haunted relic who continues to plea for attention and relevance. It’s not helping anyone.

The former Prime Minister is a haunted relic who continues to plea for attention and relevance. It’s not helping anyone.

Student flats are not known for their salubrious qualities, and a university room in a dingy, frigid Victorian house in Coventry was no exception. Behind the wardrobe, a foreboding patch of black mould grew at an alarming pace. Bleach, antiseptic, specialist mould-killing liquids, and all manner of remedies did little to stop the rampage: the only action that worked was a weekly scrub. Whoever lives there now is likely battling the same problem.

The former prime minister, Tony Blair is the political equivalent of this toxic ooze: he serves no useful purpose, returns unbidden with a ferocious persistence, and nobody desires his presence.

This week Blair reemerged, like hangover regrets, at the WebSummit conference in Lisbon, proclaiming his intention to involve himself in politics yet again over Brexit, stating “up to the very end I am going to do everything I can to stop it”. Over 11 years after resigning as prime minister and leader of the Labour party, Blair refuses to fully retire from politics, popping up continually to offer pronouncements on the strategies of Jeremy Corbyn and his team.

Blair’s popularity is in the doldrums: while centrists endlessly attack Corbyn for being unpopular, half as many British people – a miniscule 14 per cent – have a positive view of the former prime minister than hold the same sentiment for the current Labour leader. Four times as many, at 59 per cent, feel negatively about Blair, who trashed his political legacy by dragging the UK to war with Iraq and ushering in university top-up fees.

Irritable centrists often leap to Blair’s defence, citing the fact that he won three elections as purportedly cast iron proof that he is a strategic mastermind with bottomless talent. This ignores the fact that it would have been practically impossible to lose the election for Labour in 1997, as the Conservatives had become so unpopular. The Labour vote dropped steadily from 1997 onwards, leading the party to lose two elections in 2010 and 2015, causing a crisis of popularity and a terrifying loss of Labour’s core voting base.

For a whole generation, Blair is a hate figure. Many see him as the living embodiment of everything that was wrong with politics for over a decade. For many people, myself included, their first political engagement occurred in the Iraq war protests, which taught older Millennials how little Blairites cared about protest, while Blair leapt into George W Bush’s lap and built a case for bombing Baghdad. I remember the anger that consumed me as I watched parliament vote to introduce £3,000 a year fees, on a tiny portable TV in my grandmother’s kitchen, and then again when I became one of the first students to pay the fees. When the Conservatives in coalition upped fees to £9,000 several years later, Labour rightly looked hypocritical opposing the move.

The advent of Corbynism is down to Blair’s actions: millions of people were left disaffected by the errors of his leadership, overshadowing the good that occurred in the 13 years following 1997. Too many young or working class people felt short-changed and utterly ignored by the fact the Third Way focused obsessively on swing voters torn between the Conservatives and Labour, while ignoring left-wing voters in safe seats across the country. Young people emerged from university with even more debt, and an even worse standard of living– the fact that Labour decided to abstain from a crucial vote on welfare cuts underscored this Blairite scapegoating of welfare recipients that dovetailed with the Conservatives’ hatred of the poor. The vote was key for bolstering support for Jeremy Corbyn, and left the other leadership candidates at odds with party members just when they needed support.

Blair won’t pipe down, and every word he utters will be breathlessly covered by columnists and reporters who still view New Labour as a golden era. Blair refuses to understand politics has changed entirely since he left Downing Street, and millions of people loathe him and everything he embodies politically. His puffed up self-regard will continue to prompt him to keep attempting a political return, but the game is up. He’s a relic, and a warning from history, and even looks haunted in candid photographs. The public has moved on, but he continues to plea for attention and relevance. As fewer and fewer people care, his rambling pleas will fade into silence.

Linkedin
RELATED ARTICLES
OTHER ARTICLES
A group of young Palestinians have found temporary freedom in the act of parkour, reimagining wreckage and ruins as a series of high-octane playgrounds.
Thousands attended the annual event this year to wheelie through the city and call for ‘knives down, bikes up’.
Cindy Campbell recounts how her brother ushered in a new era of musical culture at a party she held in the Bronx in ‘70s.
Financial turmoil is pushing people who work in the sex industry into more dangerous and desperate situations as a means of survival.
The workforce is now gearing up for industrial action after receiving a measly pay rise, reports Ella Glover.
Yesterday thousands gathered outside Buckingham Palace after news of the Queen’s death broke.