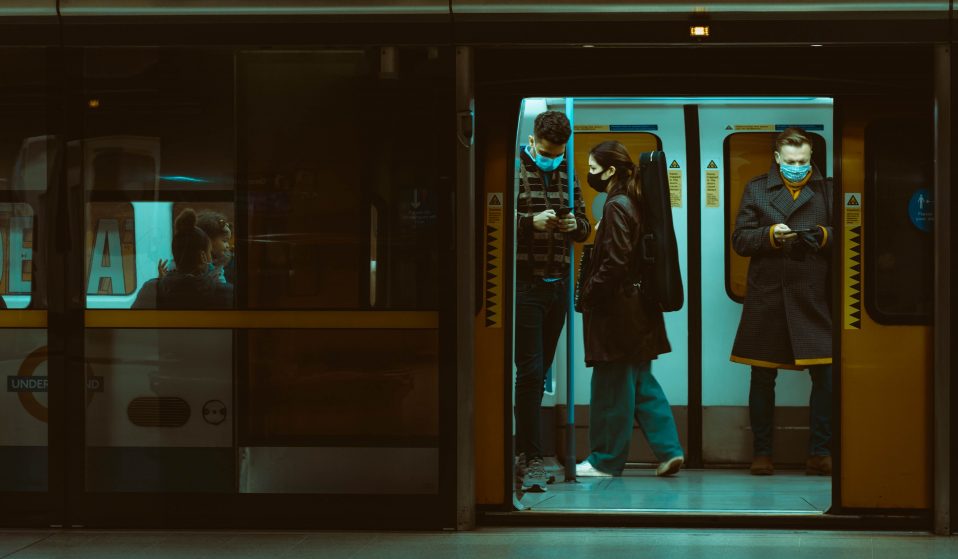 As workforces are summoned back into the office, a new campaign is calling for half of all fares to be covered by employers.

As workforces are summoned back into the office, a new campaign is calling for half of all fares to be covered by employers. We ought to see commuting as unpaid labour, argues writer Ella Glover.

The pandemic has thrown into stark relief many of the problems that come with working 40 hours a week in an office building, often for no good reason. The shift to working from home was more than a temporary fix to a short-term problem: even before England’s second lockdown last winter, 57 per cent of those working before the pandemic had decided they never wanted to go back to the office.

There are many qualms to be had with offices, such as how it impacts work-life balance, constant small talk and a lack of opportunities for those in centralised industries. But perhaps one of the biggest disadvantages of travelling to and from the office everyday is just that: the commute, and the money it tends to eat up.

Pre-pandemic, the average commute was 29 minutes there and back. For those traveling by train, this rises to 59 minutes there and back – the equivalent of 55 days per year. Not only is this unpaid work, it is work that is costing employees money, essentially offsetting their salary. Since the pandemic, home workers nationwide have saved on average £126 a month by not commuting. According to Autonomy, a think tank focusing on the future of work and economic planning, commuters spent so much on transport before the pandemic, that 27 per cent of overall rail industry income came out of commuters’ pockets.

This is why last month, Autonomy released a report titled “Claim the Commute” that puts forward a solution to the burden of commuting costs which fall on employees, and incentivises people to use more environmentally friendly modes of transport to commute to work post-pandemic.

“‘Claiming the Commute’ requires employers to pay for half of the commuting costs of their workforce that pertain to (more environmentally-friendly) modes of transport,” the report’s executive summary reads. “Such a scheme would save the working population billions of pounds every year, and will help rein out of control transport fares. Up to 20 million workers would see increases in real incomes. In the case of rail commutes, for example, £2.6 billion would return to the pockets of commuters should the scheme be fully rolled out.”

According to Autonomy, travel costs for someone on the National Living Wage for over 25s could take up 11 per cent of their gross weekly income and, for workers based in outer London on the same hourly wage, these costs could be as high as 21 per cent. For low income households – particularly in areas with the longest commute times – this might mean limited work opportunities for those unable to afford the cost of the commute. This has been dubbed ‘transport poverty’.

Plus, with more people choosing to travel by car due to insufficient public transport, the cost to the environment can’t be discounted. A revamped Cycle to Work Scheme – one which accounts for those on temporary contacts or in low-paid work which often precedes the minimum requirements to pay for National Insurance – could make cycling a more desirable option for commuters who are able.

Not only does the commute cost employees money, it also costs us time, cutting into work-life balance and leaving little time for care duties, both for our families and for ourselves. Despite choosing “free” modes of transport like walking or cycling in my last office job, my one-way commute was either a 45 minute walk or 25 minute cycle, adding an extra 7.5 hours to my salaried work week – almost the equivalent of a whole day.

While commuting time isn’t legally recognised as indistinct from work time, it’s impossible to call this “free time” – that is, unless your hobby is running for a packed train in the height of summer, or cycling through a snowstorm mid-January. This is a type of unpaid labour similar to unpaid overtime. Just because workers aren’t performing any tasks relevant to their role at work, they’re taking part in something which directly benefits their employer – sometimes even to their own detriment.

As Nic Murray, one of the authors of the report, notes: “Many key workers have spent the last 18 months commuting, putting themselves at risk on crowded trains and buses and having to pay for the privilege.”

While a scheme like the one proposed by Autonomy may cause employers to attempt to recruit locally, cutting their own costs and the opportunities of those in less-metropolitan areas, Murray suggests making residential addresses a protected characteristic. This would mean that applicants and interviewees can reserve the right to not disclose their place of residence in the application or interview process.

Either way, any potential pushback from employers must be countered. After all, if subsidising employees for home office equipment was feasible during the pandemic, why shouldn’t employers compensate employees for their hard-earned cash and precious time spent on the commute?

Linkedin
RELATED ARTICLES
OTHER ARTICLES
In the last of our dispatches from OFFF Barcelona, Rufus Deuchler and Vincent Gault discuss the future of creative process.
Following the success of her debut novel, the Tottenham native is restating her commitment to the place that made her.
Over the weekend, London locals came together to resist a pre-planned police raid targeting delivery drivers.
The revered showbiz chronicler recalls his journalistic beginnings, documenting subcultural scraps in the ’80s.
The situation in Afghanistan remains dire, with many groups facing persecution at the hands of the Taliban.
Shifting the focus from the cost of living crisis to tackling obesity while many starve or freeze is farcical and pointless, writes Fatzine founder Gina Tonic.