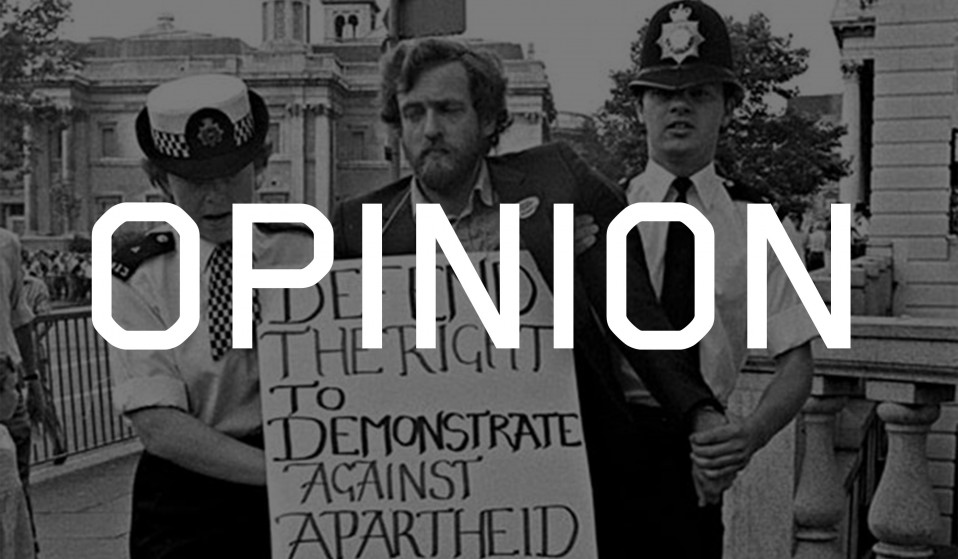 Labour leader Jeremy Corbyn will carry out his first Prime Minister's Questions with suggestions crowdsourced from supporters. Has a new way of doing politics begun?

Labour leader Jeremy Corbyn will carry out his first Prime Minister's Questions with suggestions crowdsourced from supporters. Has a new way of doing politics begun?

At Noon GMT today Jeremy Corbyn takes part in his first Prime Minister’s Questions as leader of Her Majesty’s Opposition. That’s right. Two worlds collide today in ‘the mother of parliaments’ –  the absurdly adversarial, public schoolboy way of the cut-and-thrust bunfight versus what many believe could be a new way of doing politics.

Whatever happens, all eyes are on Corbyn – and the question is whether or not the first truly progressive leader of the Labour party in a generation can neuter David Cameron’s Flashman-like stance – the one he and his cabinet cabal honed at Eton and Oxford and through the blood rendered privilege they are heir to. Apparently Corbyn has been crowdsourcing the questions he will get to ask Cameron from the Labour Party’s rank-and file. According to the BBC he has been wading through hundreds of thousands of them!

The weekly spectacle of two sides of the House of Commons going at each other like a scene from Hogwarts on Acid is cringeworthy enough at the best of times. But there’s a black hole opening up between the glimpsed future for a new type of political debate represented by Corbyn’s ascendence and the careworn patina of parliament status quo. It’s an exciting, precarious, tumultuous time for generations of people across the class spectrum who are disillusioned, disenfranchised and alienated from true political debate.

As predicted, the mainstream assault on Corbyn’s credentials as a viable political leader has been moving on apace in the short week since he won the Labour leadership election. Here’s a brief selection of the first week of official Corbyn hate: He disrespected the Queen by failing to sing the National Anthem during the commemorations for Battle of Britain Day (he’s an unashamed republican). He is a secret communist and appeaser of Putin, evidenced by the fact that he sang The Red Flag with a clenched fist at a rally in support of refugees. (That’s the Labour Party Anthem, at least it was for a hundred odd years before Blair and Blue Labour came and swore off the tradition). He’s anti-business because he believes in rent control in expensive areas like London and a higher rate of tax for the wealthy (both these simple measures exist in the Socialist Utopia that is New York City; and he has also suggested transferring the right-to-buy scheme from council tenants to renters of private property).

But beyond the perverse mudslinging Corbyn is dealing with from all quarters, there’s a darker, more pernicious root to the mainstream’s distaste for him. It comes, namely, from a world-wide separation from grass-roots activism; politics that happens in your neighbourhood, out on the streets and is about direct action – and the one that is carrying on in the played-out old style of pseudo-democracy that is processed through parliaments the world over – from Capitol Hill to Brussels and Caracas.

The fact is that a deeply conservative political class has grown and has been presiding over politics all over the world – and is now being challenged by the likes of the three-quid Labourites from peripheries of Europe to the centre of Brussels. This political class has grown to believe that politics is a profession – a career choice made whilst at the private schools and elite universities of the world. It’s an unreconstructed, patrician view, which presumes that politics is about administration rather than passion, maintenance rather than dynamic vision – process rather than progression.

It’s this unjust and unsustainable twisted vision that Corbyn just may be able to challenge. Could he become the world’s first truly crowd sourced premier?

Linkedin
RELATED ARTICLES
OTHER ARTICLES
Proposals to introduce a minimum GCSE threshold for student loans will disproportionately affect those from marginalised backgrounds.
In the latest instalment of Photographers in Conversation, the chronicler of raves, protests and beyond explains why he’s drawn to such specifically visceral environments.
Wealth inequality and the rising cost of socialising is placing a strain on people’s relationships, reports Eve Upton-Clark.
The author discusses the all-consuming nature of heartbreak, and turning the experience into an incisive exploration of love and loss.
A new edition of a seminal book brings together iconic images of the band onstage in their full glory and backstage in moments of unguarded camaraderie.
50 years since its inception, and the campaign calling for recognition that capitalism depends on domestic labour is as pertinent as ever.