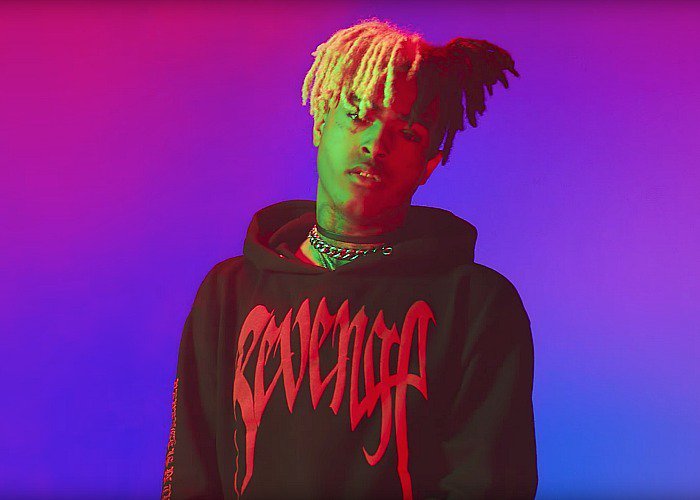 Despite facing disturbing allegations of abuse, rappers like XXXTentacion and Kodak Black enjoy flourishing careers. It’s time we stopped letting them get away with it.

Despite facing disturbing allegations of abuse, rappers like XXXTentacion and Kodak Black enjoy flourishing careers. It’s time we stopped letting them get away with it.

In the world of specialist radio, a lot of time is spent deciding what is and isn’t suitable to be broadcast. As it gets later, and the music gets deeper, the rules become more lenient and deciding whether lyrics are appropriate or acceptable becomes something of a judgement call.

It’s no secret that anything that falls under the umbrella term ‘rap’ has to be checked with a fine-tooth comb before we can play it on the radio. Working in radio production, mandatory swear words such as “fuck” are never allowed to be broadcast – but there isn’t any set of rules for lyrical content, which means personal values and audience expectation have to be weighed in to make a decision.

It’s not a decision that we take lightly. On the one hand, it’s an artists’ work, and by playing it we want to support and celebrate the music without censorship. On the other, although it’s late at night, we have a duty to that audience to not glorify anything that is sexually-offensive or abusive, especially towards women.

Just this week, for example, we discussed the (fairly moderate) Jelani Blackman lyrics “yeah my girl choke but she swallow” and decided that the word “choke” was inappropriate for us to play. However, this lyrical content – particularly by a new wave of Soundcloud or ‘mumble’ rappers – is becoming noticeably more extreme towards women. And it’s proving to be a hugely prominent theme not only in their music, but in their personal lives too.

Last year, Florida rapper XXXTentacion was charged with aggravated battery of a pregnant woman, domestic battery by strangulation, false imprisonment, and witness-tampering. The details of the alleged abuse towards his victim is a gruesome string of sexual harassment, death threats and physical abuse. Despite this, his debut single has been certified platinum by the RIAA, and his debut album has reached No. 2 on the Billboard albums chart.

As a rap music fan, this becomes a bit of a moral dilemma. On the one hand, the music is good. I want to listen to it. But it becomes a difficult listen when lyrics such as: “I took a white bitch to Starbucks / that little bitch got her throat fucked” and “my emo bitch like her wrist slit” are coming from a convicted abuser.

It isn’t just XXXTentacion either. Kodak Black recently came under fire for saying in an interview that he prefers light skinned women as its “easier to break them down.”

The 20 year-old also caused controversy earlier this year when he live-streamed a “sex session” in a hotel room on Instagram Live. It allegedly involved several other men, while a lone female performed oral sex on them – controversial not least because the rapper was also fighting a sexual harassment case at the time. Kodak Black later posted a message on Twitter about the incident reading “If I could change I swear I would… I tried everything but I’m just so hood.”

Again, teamed with lyrics such as, “I ain’t getting on my knees, bae, you bow down to me”, it doesn’t quite sit right.

If I Could Change I Swear I Would !
I Tried Everything But Im Jus So Hood#HeartOfTheProjects pic.twitter.com/cvbGFckRGx

Fans’ digital pleas – like the #FreeKodak hashtag – are essentially saying that they either don’t believe or are willing to dismiss the very serious allegations against him (which involve assaulting an unnamed woman, removing her underwear, attacking her orally, and penetrating her, according to a warrant). It’s one thing to rap about disrespecting and even abusing women, but it’s quite another to actually be accused and charged with doing so. Supporting the artists in such a way sends a very clear message: that we approve it.

So how did we get here? Given that this generation of rappers found popularity via Soundcloud and social media, their ability to connect with and influence the masses is unquestionable. Rappers like XXXTentacion and Kodak Black have essentially built a music career by connecting with young fans online – creating a very active and extremely loyal fandom that they can connect with in whatever way they wish to. They can essentially say anything they want to their fans and continue to release music, in some cases while serving time for sexual or violent offences. There is a platform for anyone to release their own music and have a voice, regardless of what they have done, and clearly there is an ever-growing, young audience for it.

Rap music inherently involves questionable, thought-provoking and controversial subject matter. Its part of the reason it’s so culturally important. Sure, addressing the theme of violence towards women can be used to raise awareness of themes that make us uncomfortable – but when it starts to become a theme in the lives of the artists, where exactly do we draw the line? Can we really use the excuse of ‘separating the artist from their art,’ when in reality, there is no separation?

One of the many reasons I love rap music is because of its fearless, outspoken approach in raising important themes that we often shy away from. It gives a voice to those who often are given none. But when an artist is committing the actions that evoke feelings in their music, we are no longer supporting ‘art,’ we’re supporting their actions. Their message is totally undermined.

By playing music with sexually aggressive lyrics from convicted sexual and domestic abusers, we are legitimising their actions. Not only that, we are encouraging the support of abuse and abusers.

The writer of this piece is an Assistant Radio Producer, but has chosen to remain anonymous.

Linkedin
RELATED ARTICLES
OTHER ARTICLES
Activists and campaigners are fighting back against new laws that would seriously undermine the ability to take industrial action, calling it an attack on fundamental workers' rights.
Filmmaker Laura Poitras discusses her new documentary which traces the remarkable life of the artist-activist and the impact of her battle against the US opioid crisis.
Social prescribing connects people with non-medical support to improve their health and wellbeing – but some experts worry it’s just a stick plaster solution.
Photographer Becky Tyrell went down to the fading banger and stock raceway to meet a community desperate to keep it alive.
A new film from Berghaus traces the story of Adam Raja, who left behind a turbulent upbringing to discover the healing power of climbing.
At his West Bank restaurant, Fadi Kattan established himself as the voice of modern Palestinian cuisine. Now, he’s bringing his innovative, bold flavours to the UK’s capital.