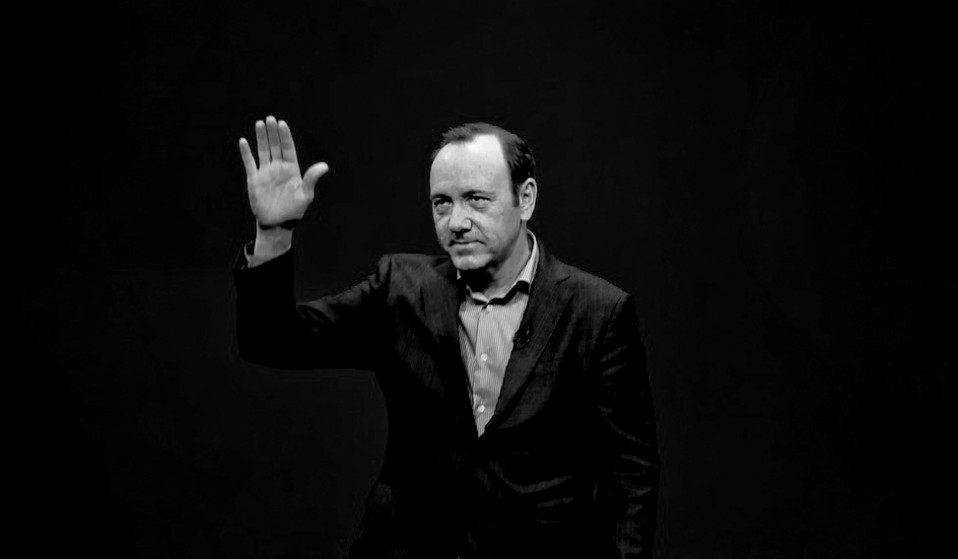 The fact Kevin Spacey is gay and the fact he might have been drunk while allegedly propositioning a 14-year-old for sex is entirely immaterial.

The fact Kevin Spacey is gay and that he might have been drunk while allegedly propositioning a 14-year-old for sex is entirely immaterial. Neither should have had a place in his apology, writes Michael Segalov.

Coming out of the closet is never easy. It’s one of the hardest things that many LGBTQ+ people will ever have to do. Whether it’s the rampant homophobia that still plagues our society, fear of lost work or being rejected by your loved ones, there are barriers and stumbling blocks in abundance. Whatever the reasons behind someone’s decision to be open about their sexuality, I’ve always felt inclined to be supportive, to be celebratory, to applaud a person living their life as they were meant to do. I’ve always felt there is no right or wrong way to do it.

In reports that surfaced over the weekend, Anthony Rapp alleges that a 26-year-old Spacey made ‘a sexual advance’ towards him when the Star Trek actor was aged just 14. It was 1986, both Rapp and Spacey were in New York City performing in Broadway shows. One night, says Rapp, Spacey invited the teenager back to his apartment for a party. Once everyone else had made their way home Spacey is said to have “picked Rapp up, placed him on his bed, and climbed on top of him.” Rapp was a child at the time. Spacey? An adult.

Spacey posted a statement on Twitter saying that he doesn’t remember the incident, but he makes no effort to refute the allegations and apologises for the encounter nonetheless. There’s no good way to deal with being accused of propositioning an underage teenager – it’s a situation that should never arise. But accepting responsibility and apologising profusely is probably the least offensive thing you could do. In his statement Spacey then talks about it being “drunken behaviour”. Then he decided to come out as gay. Neither of these facts are relevant to the accusations.

Being drunk is no excuse for sexual misconduct, if you decide to get so wasted that you lose control of your senses, inhibitions and moral compass then the consequences of your actions are still yours to account for. “I got pissed” isn’t a get-out-of-jail-free card, if you accept that you behaved unacceptably then an apology is no place to make an excuse. Attempting to rationalise or justify his actions – even indirectly – by bringing up being drunk feeds into a narrative that at least in some ways says it’s okay to blame the booze. The reality is it’s not relevant. What’s also unnerving is that Spacey on the one hand claims to have no recollection of the incident, yet on the other is sure that should it have happened it was very much because he was trashed.

More sinister though is the decision by Spacey to come out as gay in light of these revelations, again entirely immaterial from the case at hand. “This story has encouraged me to address other things about my life,” Spacey continues. “I have loved and had romantic encounters with men throughout my life, and I choose now to live as a gay man.”

What’s not entirely clear is Spacey’s intention: at best he showed a disregard for a community all too often painted and presented as sexual predators, but someone less inclined to give the man the benefit of the doubt might well suggest it was an effort to divert attention and deflect. A Hollywood A-lister coming out remains big news, sadly it’s probably a more significant headline to many than an allegation of sexual assault some 30 years ago.

Both in the United States and beyond gay men have long been discriminated against and persecuted, accused of being sexual deviants and a “threat to children” by those intent on fanning the flames of hatred and contempt. In the wake of the US military rescinding its “Don’t Ask Don’t Tell” policy, bigoted commentators remarked that the armed forces could “expect to see more instances of paedophilia”. It’s not the responsibility of LGBTQ+ people to engage with these hateful narratives, but those with less privilege than the successful actor are forced to confront these ideas every single day. Spacey – by making connections even indirectly between his misconduct and his sexuality – will leave many in precarious positions, forced to refute the notion that to be gay is to be a pest. That to be gay makes you some sort of risk to the wider population.

In all honesty though, I suspect that hadn’t even crossed the minds of Spacey or his PR team. More likely, it would have been a plan for some spin. Coming out in his weak excuse for a statement sees Spacey make his sexuality the focus of this narrative. No longer should we talk about  this incident and its consequences, instead we are expected to celebrate Spacey’s brave and bold move. No doubt much of the reporting that follows will do just that.

Linkedin
RELATED ARTICLES
OTHER ARTICLES
A recent High Court ruling against the right to wild camp in Dartmoor National Park sparked the largest land protest in history – and campaigners say their fight is not over yet.
A new law change is enabling Britain’s donor-conceived children to know the truth about their origins – but campaigners say the fertility industry must do more to protect people.
Photographer Becky Tyrell went down to the fading banger and stock raceway to meet a community desperate to keep it alive.
Social prescribing connects people with non-medical support to improve their health and wellbeing – but some experts worry it’s just a stick plaster solution.
A new film from Berghaus traces the story of Adam Raja, who left behind a turbulent upbringing to discover the healing power of climbing.
At his West Bank restaurant, Fadi Kattan established himself as the voice of modern Palestinian cuisine. Now, he’s bringing his innovative, bold flavours to the UK’s capital.