News & Politics / Opinion / Let’s be real: vegan sausage rolls are not going to save us 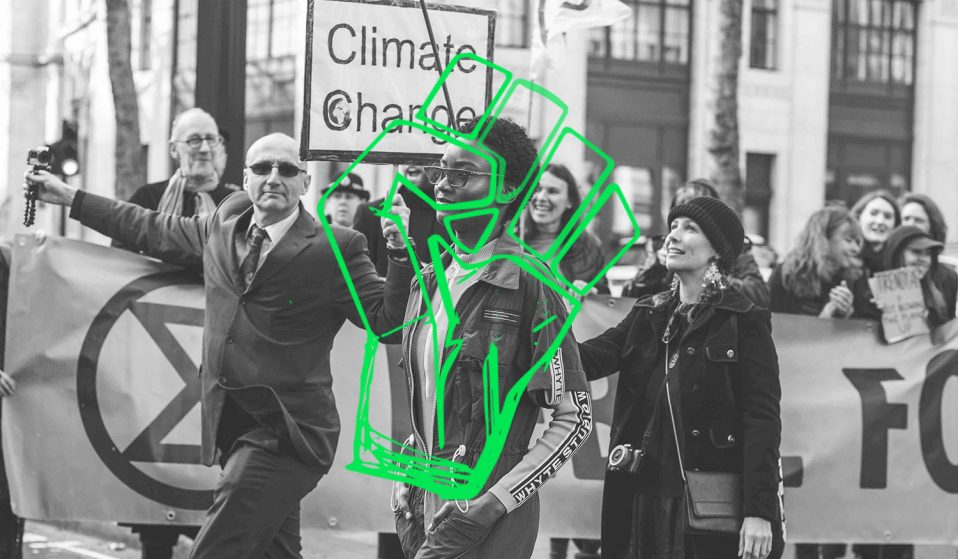 Individual solutions will not solve this mess as long as energy companies still ravage the environment.

Individual solutions will not solve this mess as long as energy companies still ravage the environment.

The planet. It’s good, isn’t it? For billions of years this little blue marble, spinning at unfathomable speeds through space and time, has managed to sustain life. Sentient life, too: things that are able to move, think and feel. Things that are able to laugh, shout and scream. Things like us.

Now to us. In the grand scheme of things, we haven’t been here for that long. But during our short reign of terror on the earth we’ve pumped billions of tonnes of noxious emissions into the atmosphere. Under our watch, the planet has heated up, ice caps have melted, and fragile ecosystems have been completely wiped out.

So, after centuries of ravaging our world, we stand on the edge of a precipice. If we do not alter course, the planet as we know it will end. The climate crisis will see mass flooding from rising sea levels, extreme weather events, failed crops, droughts and, eventually, mass extinction for the human race. According to the IPPC, we now only have 10 years left to stop it.

For many, there’s a sense of helplessness. More and more people are being told to think about their own individual actions. To fly less. Use public transport more. Cut down on meat consumption. Lean in to things like Veganuary, and start to take individual ownership of our choices in order to save the planet.

In his Best Actor Oscar acceptance speech earlier this month, Joaquin Phoenix summarised much of the issues around the individualistic discourse around climate action, by hailing the moral imperatives of veganism. They echoed thoughts he shared shortly before being arrested on the steps of the US capitol in January. “The meat and dairy industry is the third leading cause of climate change [in the US],” he told the crowd. “I struggle so much with what I can do at times. There are things that I can’t avoid – I flew a plane out here today, or last night rather. But one thing that I can do is change my eating habits.”

It all seems very noble, but the idea that we each carry the same ability to effect change is a dangerous myth. According to one 2018 study, the richest countries of the world emit 86 percent of CO2 emissions, despite being home to half of the world population.

In October 2019, speaking to the Guardian, leading climate scientist Michael Mann said: “The great tragedy of the climate crisis is that seven and a half billion people must pay the price – in the form of a degraded planet – so that a couple of dozen polluting interests can continue to make record profits. It is a great moral failing of our political system that we have allowed this to happen”.

The hard truth of the matter is, while these companies are allowed to ride roughshod over our planet, it really doesn’t matter how many Greggs sausage rolls you righteously chomp down on – we’re still very much fucked. There’s a sense of ownership in individual actions; of being in control of a situation that seems so big, so amorphous and momentous as to barely be able to grapple with, but we have to be real about how we’re going to solve it.

Reality is, if you wanna get serious about the climate crisis, it’s time to put down the vegan burger. Individual solutions will not solve this mess whilst the CEO’s of companies like Shell, Exxon, Chevron and BP still ravage the environment, all in the name of greater profit margins. It’s time to hold the right people to account and take action. Real action, against those that are truly responsible for the crisis.

Linkedin
RELATED ARTICLES
OTHER ARTICLES
The musician, DJ and founder of Monika Enterprise reflects on a career defined by revolution and rule-breaking.
From the queues outside to the last ones standing, Francesco Mellina’s new photo book follows a night that has gone down in the Northern-Soul history books.
Those set to be impacted by the governments ’undemocratic’ bill explain why it risks silencing them.
Hundreds gathered together to protest the policing bill by making as much of a racket as possible.
Photographer Melanie Nissen recalls capturing the characters, fashions and rarefied chaos of a rapidly-expanding set of punk bands who helped to redefine the genre.
Ahead of the policing bill reaching its final stages in the Lords, protestors came together to rally against the legislation.