News & Politics / Opinion / Life expectancy is flatlining in Britain, the Tories are cutting years off our lives 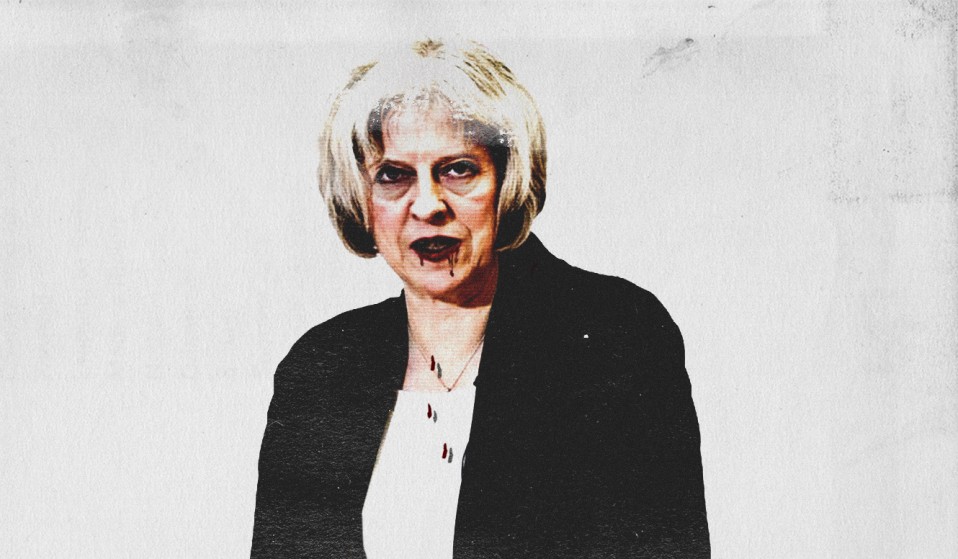 Since the Conservatives came to power in 2010 life expectancy in Britain has near enough stopped increasing, after a century of constant growth.

Since the Conservatives came to power in 2010 life expectancy in Britain has near enough stopped increasing, after a century of constant growth.

I remember quite vividly the first time I was forced to come to terms with my own mortality, the precarious fragility that allows both my body and my mind to survive. It wasn’t midway through some nail-biting near death experience, not even the passing of a relative or someone else that I loved.

As a 7-year-old boy I just lay down in my bed one night, and it hit me. I realised that one day my mum, my dad, my sister and I would all be dead and buried six-foot deep in a coffin underground. I ran downstairs and I cried. My mum – on the phone to a friend at the time – looked down at me with a look of bemused parental amusement.

In the seventeen years that have followed that bombshell revelation I’ve come to terms (as much as anyone truly can) with death and dying, comfortable in the knowledge that our quality of life is better than any who have gone before us, that across the United Kingdom for a hundred years now life expectancy has been on the up.

And yet in 2017 it seems we just can’t take these things for granted, and it should quite rightly make us all feel both scared and alarmed.

This week Sir Michael Marmot, a leading expert at University College London, has stated he’s “deeply concerned” about new research that shows rising rates of life expectancy are grinding to a halt after more than a century of progress. Marmot said he was “deeply concerned” by the situation, calling it “historically highly unusual”.

To be clear, his research doesn’t show life expectancy declining, but as Marmot puts it is “pretty close to having ground to a halt”.

The Tories are quite literally stealing years from us, although for some that won’t come as a great surprise. A report released in February this year suggested “relentless cuts” to NHS budgets were responsible for 30,00 deaths in 2015 in Britain, those being sanctioned by the Department for Work and Pensions or forced to grapple with the Bedroom Tax pushed right to the very brink.

While it’s hard to pinpoint the exact reason as to why our lives are set to now be shorter than they could have been, Marmot’s research suggests it’s “entirely possible” that years of austerity could be to blame. It’s certainly not the case we’ve just reached nature’s peak when it comes to living longer – just look to Monaco, Japan and Hong Kong.

Instead we must look to what’s changed in Britain under the Conservatives: the assault on education, employment, working conditions and poverty which according to Marmot all affect life expectancy by impacting the way in which we live our lives. When it comes to lifespan it’s an issue of quality directly impacting the quantity – and right now our living conditions are under attack. A housing crisis? Wage stagnation? No expectation of pension or retirement whole we’re all graduating into a lifetime of debt?

The number of people using food banks appears to have hit the million mark in the United Kingdom – it doesn’t take an expert to see that to live long, healthy lives a society must be able to eat, there must be a health service that can access the resources to keep us alive and kicking.

There’s no doubt that the flatlining of life expectancy should have us worried, it’s not unreasonable for us to want to live for as long as we can. But we should be demanding a better quality of existence for ourselves and our communities – it’s this that’ll mean we can live longer and crucially healthy, happy lives. I don’t want anyone I love – myself included – to die early, and we’ve every right to demand both quality and quantity of life.

The Conservatives have shown absolute contempt for those of us who live and work in the United Kingdom, we deserve a government that doesn’t bring unnecessarily closer the day that we die.

Linkedin
RELATED ARTICLES
OTHER ARTICLES
Since 2007, Gideon Mendel has made 20 trips to document floods in 13 countries. The result is an alarming record of what has already been lost to the climate emergency.
A new film from Berghaus traces the story of Adam Raja, who left behind a turbulent upbringing to discover the healing power of climbing.
Theo McInnes’s photos of the annual event provide an intriguing snapshot of contemporary Britain.
Tristan O’Neill’s shots of dancers caught in moments of reverie at the height of rave’s golden age are a testament to the UK’s legendary club culture.
Activists and campaigners are fighting back against new laws that would seriously undermine the ability to take industrial action, calling it an attack on fundamental workers' rights.
Following the release of his debut single, Deyaz talks battling addiction, dealing with his struggles through music, and building a budding music career from his living room.