News & Politics / Opinion / As long as fascists are on TV, people will throw stuff at them 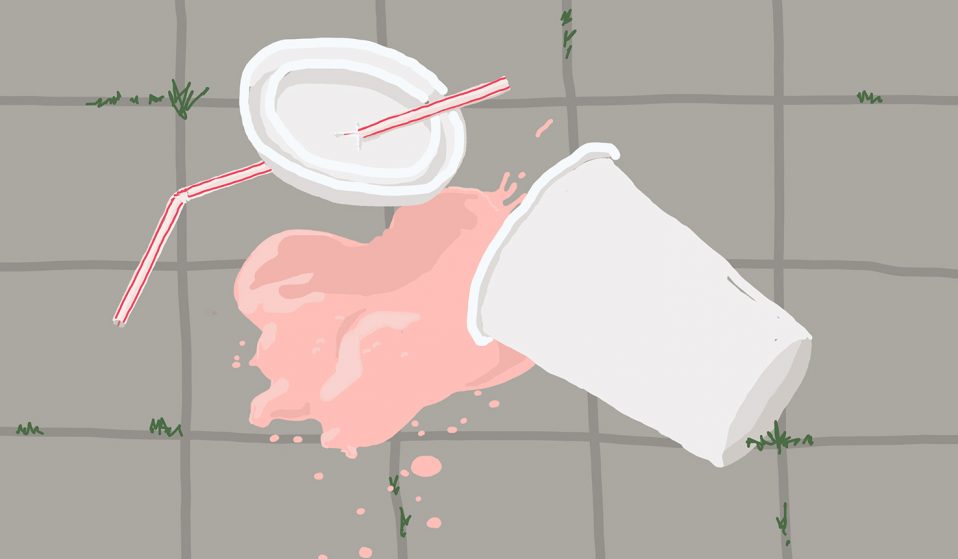 While nobody seriously thinks viral confrontations are going to halt the rise of the far-right, these incidents are a reflection of how we’re all feeling: fed up.

For the second time on his campaign trail, Tommy Robinson has been milkshake-d. While nobody thinks viral confrontations are going to halt the rise of the far-right, the incidents are a reflection of how we’re all feeling: fed up.

“That’s what you get for being a fascist,” a man roars over shaky video footage, as Tommy Robinson, founder of the English Defence League, is pulled off of another man. Thick, pink liquid drips from Robinson’s brow. He has been milkshake-d, for the second time on his campaign trail to become an MEP. And Twitter loved it.

Danyal Mahmud, the thrower (who has since insisted the milkshake simply “slipped” out of his hand) has joined a tradition of others who have confronted fascists to find viral fame. Two notables among them are “egg boy”, who cracked a raw egg onto right-wing Australian senator Fraser Anning’s head following islamophobic remarks after the Christchurch attacks; and an anonymous, but equally internet-famous man, who punched neo-nazi Richard Spencer while he was talking about Pepe the frog on ABC.

Similarly to Anning and Spencer’s cases, the footage has once again sparked an ongoing conversation about violence and if it ever has a place in tackling fascism.

Incredible scenes watching liberals condemn throwing a milkshake over a fascist. How did we get to a point where fascists had such a hold on political life and felt safe advocating racism in public, I wonder.

that lad throwing a milkshake over tommy robinson has done exponentially more to ‘challenge his views’ than the procession of bbc presenters getting him on prime time telly and going “hmm, that’s interesting robinson, what makes you say that? please elaborate further”

The left meme-sphere perhaps first grappled with this problem following the punching video on Trump’s inauguration day 2017 – which gave rise to arguments online about whether it was ever okay to punch a nazi. A clear conclusion was lacking, with journalist Zoe Daniel, who filmed the incident, opting for a grey area and pointing out that the context and physical setup meant it was a dangerous and “cowardly punch”.

While punching and food-throwing are perhaps in different ballparks, there’s something telling about how much traction the relatively new format of confrontation has received online. For many, political energy is low and disenfranchisement high, and a large proportion of the population (particularly the left) feel that when we are called on for formal political involvement, it’s often futile. In a recent unpublished poll, 66 per cent of voters said they thought the current political system doesn’t work, and when “Brenda from Bristol” went viral in 2017 after a snap election was announced, we all felt that. Her cry – “there’s too much politics” – also became meme-ified, but there was truth in the feeling. We’re turning out consistently but still have a Tory government, and are still leaving the EU. We’re also still watching Tommy Robinson on the TV.

Our screens and feeds are filled with coverage documenting, and sometimes assisting, the rise of the far-right, in a way that feels incredibly overwhelming and disempowering. Now, we see an islamophobic figurehead in the running to be an MEP for the seat previously held by Nick Griffin, and although a milkshake being thrown is a viral joke on the face of it, the comic relief is timely. While I don’t think anyone is seriously conceptualising isolated, one-on-one confrontations (which may result in the confronters being done for assault) as the most viable means of tackling the terrifying problem of fascism, these incidents of virality say something about how we’re all feeling.

Linkedin
RELATED ARTICLES
OTHER ARTICLES
In her new book, the author explores the country’s housing crisis in human terms and calls for radical action to address a broken system.
The curators of a new exhibition are hoping to shed light on Plymouth’s vibrant but often overlooked nightlife.
Whether it's partygate, the climate crisis or the spiralling cost of living, the fightback begins on the picket lines writes Tommy Vickerstaff
Photographer David Hoffman recalls documenting the extreme wealth inequality around Tower Hamlets and Hackney int the 1980s.
In the latest instalment of Photographers in Conversation, the chronicler of raves, protests and beyond explains why he’s drawn to such specifically visceral environments.
The past five years have seen a staggering increase in foodbank usage across the UK. Now, staff fear things are set to get much worse.