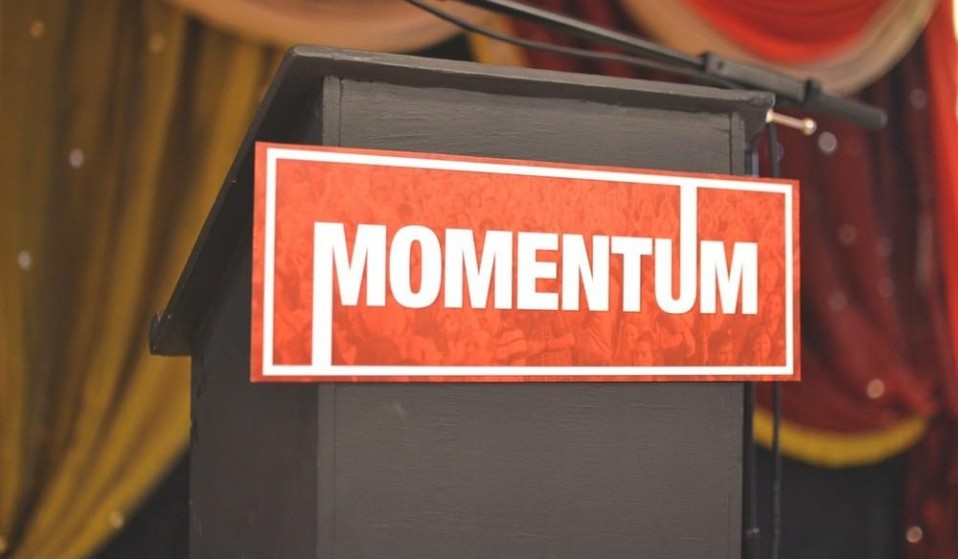 Momentum might be under investigation for its electoral expenditure, but it's the Tories who've rigged the spending system writes James Butler.

Momentum might be under investigation for its electoral expenditure, but it's the Tories who've rigged the spending system writes James Butler.

Momentum found itself in trouble yesterday, after the Electoral Commission announced an investigation into its spending in the 2017 general election. The Commission’s attention is focused on whether the organisation spent above its proper limits, and whether it correctly declared all its spending. The realisation that Momentum was key to Labour’s surprise success in the election has prompted suspicion: after all, money talks in politics, so if something has made a splash, it’s hard to comprehend that they might be succeeding for other reasons.

In fact, Momentum will probably be fine. Other than some minor administrative errors, it looks like the group’s campaign spending was tightly controlled: in fact, Momentum was powered by many thousands of volunteers. This people power is the alternative to money in politics. It’s just been so rare for so long in British politics that the regulators have forgotten what it looks like.

Although Momentum stuck to the legal spending limit, the Labour Party could have authorised it to spend more by allocating it some of its party spend – and, given its success, probably should have. But the Labour left might welcome attention from the Electoral Commission, not only because it will throw a spotlight on Momentum’s successes, but because it brings the issue of money in politics front and centre.

We regulate money in politics for obvious reasons: it makes little sense to attempt to run a democratic election and then permit a tiny fraction of the electorate to buy up influence and pump money into their chosen candidates without any limit or check. In general, the UK has been reasonably successful at establishing non-partisan bodies to ensure electoral rules are followed – politics here is far less beholden to dark money and major donors than the US, where since 2010’s Citizens United ruling, limits to political spending by corporations have been virtually non-existent.

Nor is the British system perfect, though its preference for arms-length commissions means it’s less subject to gerrymandering, for instance, than the US. Open Democracy’s recent investigation into the sources of the DUP’s Brexit spending demonstrates one such role of hard-to-trace big money. Party funding, too, has been increasingly subject to partisan attempts to give an advantage to the Conservative Party. Two recent laws affecting money in politics – 2014’s Lobbying Act and the Trade Union Act 2016 – ought to be in the crosshairs of any Corbyn government.

Any left-wing government ought to bring forward a new Trade Union Bill anyway: our laws on industrial action are the tightest in western Europe, and successive Labour administrations have done nothing to loosen them. The 2016 Act changed the way unions administer their political funds, requiring new members to opt-in rather than opt-out – a watered-down version of the initial proposal, which was to apply to all current members as well, and decimated the Labour Party’s funding in one stroke.

What is important here is not the specifics of the measure itself, but the manner in which the government undertook it. There had been a long-standing convention that matters impacting party funding could be legislated on only by cross-party agreement. Citing political gridlock over party funding reform as a prime justification, the government chose to press on – a choice which opens the way to partisan tussle over money. Labour might well use a similar justification (pursuit of democratic reform over cross-party gridlock) to limit individual donations to parties to, say, £5,000 – a move which would hollow out the Conservatives’ funding almost immediately, and with the laudable aim of securing more equal representation. If the millionaires want to whinge they can take to the pages of one of the many papers they own.

More importantly, however, would be an attempt to repeal the 2014 Lobbying Act. The Act – referred to by many charities as a ‘Gagging Act’ – imposes serious restrictions on charities’ interventions in election periods. This means that organisations which deal in major social problems – homelessness, poverty, healthcare – are unable to level criticism at the government, or even substantively contribute to policy debates. It effectively stifles a swathe of civil society and impoverishes democratic debate.

Worse, the Act doesn’t even impose actual transparency on political lobbying: its register covers only a fraction of consultant lobbyists (themselves responsible for less than 20% of lobbying), and contains no disclosure on meetings with political staff or policy makers, nor the purpose of their lobbying, nor their expenditure – it is a risible parody of transparency, which leaves monied organisations free to lobby extensively, while imposing punitive restrictions on any organisation which points out the consequences of government policy. The register is virtually empty. As such it is a useful little piece of legislation for the current government, which in September rejected amendments proposed by its own review body.

These issues – party funding, private influence and strictures on public debate – are natural issues for the Labour left to take up. The inquiry into Momentum’s funding is a sign of a wider shift in British politics: the rebirth of a mass electoral politics in one of its parties. Long gone are the days of Labours supplications to Lord Sainsbury. This changes the terrain on which British politics operates, and conflicts over money – with one party increasingly drawing its resources from a wide, mass base and the other from a tiny monied fraction – are a sign that polarization will only continue to sharpen.

Linkedin
RELATED ARTICLES
OTHER ARTICLES
For over a decade, gamblers have won big by employing people to place live bets from the court. But does this dubious method still work?
A group of young Palestinians have found temporary freedom in the act of parkour, reimagining wreckage and ruins as a series of high-octane playgrounds.
Birdy Chu reflects on documenting the historic moment in which the territory was formally passed back from the UK to China.
Sean Maung’s photos are a love letter to the Black and brown communities that make up New York.
As the Scottish government announces a rent freeze, an activist with Living Rent who fought and won shares how they did it, and what must come next.
With skyrocketing rents, packed out viewings, bidding wars and more, renting in London has never been harder.