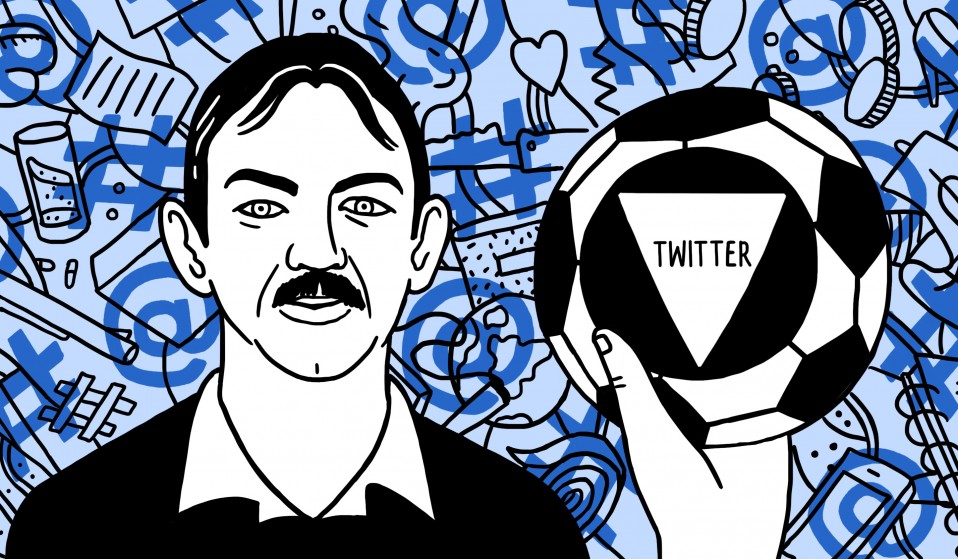 Footballing legend and internet sensation Neville Southall takes on the biggest issues of our time. This week, he reflects on his time on Twitter.

In his column 'Neville Knows Best', footballing legend turned internet sensation Neville Southall takes on the biggest issues of our time. This week, he reflects on his time on Twitter - from the trolls and the insults to learning about and supporting some of the most marginalised groups in society.

I have found being on Twitter good, bad and just plain ugly all at the same time. I thought originally it would be nice to have a good connection with a lot of Everton fans. It has turned into something completely different, and 95% enjoyable.

The good thing Twitter does for me is it limits the stuff I can say, so for me that is good as once I make a point I do tend to drone on a bit. My brain works like Twitter: short sharp bursts of thought. People think I write poetry, but really I put down how I think in short sharp bursts of ok stuff, followed by mostly inane rubbish.

I have met some brilliant people on Twitter and had great advice. I started looking at LGBTQ+ people’s tweets as I work in a school and wondered what would happen if any kids asked me about any LGBTQ+ issues, and unfortunately I had no idea. Luckily I found a couple of fantastic people who gave me a much better understanding of what it is like to be in that community.

They also passed me on to others who made me realise how little I knew about how kids come out and the amount of abuse they can get. I know a few trans women on Twitter, and talking to them made me aware of what horrible times they can have while coping with transitions and bigotry in society.

I have become an ambassador for one LGBTQ+ supporters club for Everton, and an LGBTQ+ charity. There is still terrible ignorance about the LGBTQ+ world, especially in football and that needs breaking down. I am determined to help make that happen.

I have also met some great people who work with homeless people, and I found the stigma around them again to be pure ignorance. We cannot accept homelessness in this day and age. It is fixable if governments get their heads together and stop pretending they cannot do anything.

The other issues I deal with are mental health, which again is a  massive problem. Cutting the funding available is actually killing people, I want to help change way we do things in the UK.

I want to take the fight to the Tories as I believe they are deliberately cutting funding to the poorest and want rid of them.

It is now that I go into the negative side of Twitter. I have recently let a sex worker group take over my Twitter to help their cause, and the amount of abuse I have got is ugly. It is all because I have given them a platform to raise awareness about their struggle – these people want workers rights to keep themselves safe. This has resulted in people having a real go at me with personal abuse, but it has just made me more determined than ever to help out groups of people who never get a chance to talk or be listened to by our society.

Get back in goal, you thick binman.

I believe Twitter can be used for good, but obviously a lot of the time it is faceless cowards who are not interested in anything than just abusing people.

The funny thing is it is my Twitter page, but so many want to tell me what opinions to have. I find it fascinating they believe what I put on there is not my opinion and I must change it to theirs. Also, out there are groups of people who think theirs is the only opinion that matters, even when people on the shop floor are telling them what they need they still completely ignore it.

Social media can help lots of people stay in contact, and knowing what I know now this contact can actually save lives. I have learnt  a lot on Twitter, and want to continue to learn.

If you disagree with me in what I say then let’s have a discussion because I am happy to be convinced differently. Shouting abuse into the internet will not do anyone any good. I think everyone probably knows that already, so I don’t know why people keep doing it.

I hope Twitter can help me help a lot of people.

Linkedin
RELATED ARTICLES
OTHER ARTICLES
New legislation is set to make it more difficult to hold Israel accountable for its human rights abuses.
The government is scrapping the Human Rights Act in a move that will hit marginalised people hardest.
From the Yakuza to a biker gang, Bruce Gilden recounts capturing Tokyo and Osaka in the ‘90s.
Members of the collective share some of their reasons to run as part of #UnitedBySummits, a campaign that looks to uncover transformative power of the outdoors.
To mark the anniversary of the mass trespass of Kinder Scout, a group of hikers came together with the intent of creating a new, fully inclusive culture for rural spaces.
The author discusses her blistering new novel about history, revolution and queer love.