News & Politics / Opinion / On the kindness of people, and the violence of the state 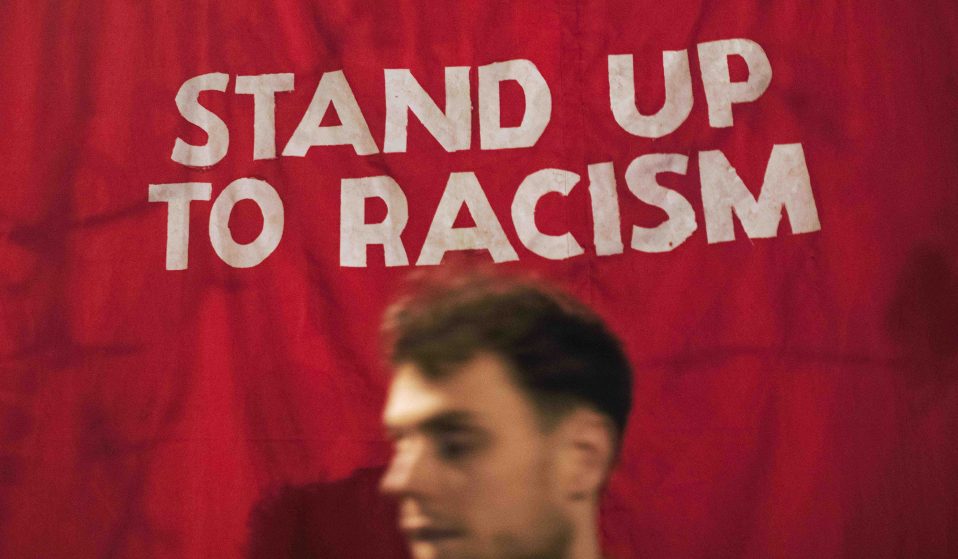 Stansted 15 member Mel Evans looks back on the trials and tribulations of the last few months, and explains why the fight is nowhere near won.

Stansted 15 member Mel Evans looks back on the trials and tribulations of the last few months, and explains why the fight is nowhere near won.

If I had known how hard a 10 week trial on terror-related charges for a peaceful protest would be, I don’t know how I could have faced it. It was the support people offered from the most surprising places that got us through it.

I’m one of the Stansted 15 convicted, controversially, for a terror-related offence following a peaceful blockade of a Home Office deportation charter flight, for which we narrowly escaped prison sentences last Wednesday. We thought it might be an endurance test in the courtroom which would last as long as four weeks – but it turned out to be a gruelling 10-week ordeal that showed me just how scary it is to face the threat of state intervention into your life. But throughout that whole time, it was the kindness of the court staff and the community of Chelmsford that transformed a traumatic experience into one which strengthened the movement for migrant rights.

On the day I testified before the jury, we had sat silently through five weeks of prosecution evidence which felt to us like it completely misrepresented what had taken place on the night. I was in tears when I finally stepped down from the stand after being cross-examined for three intense hours of non-stop interrogation. For the 18 months since our charge had changed from one which carries a three-month jail term to one which carries life in prison, we had all had to carry the weight of considering what we stood to lose – homes, jobs, relationships – and begun to fear how our co-defendant’s baby, due just weeks after verdict, might start his young life, possibly without his mother.

This high pressure, high stakes scenario would have been enough to topple the most resilient among us. But we had something on our side that the Crown Prosecution Service didn’t expect. We were surrounded by the kindness of people who were once strangers, and are now our friends.

The community of Chelmsford churches from Anglican to Quakers, and a few socialists mixed in, stepped forward with open arms – sometimes with nervous caution that soon melted as we got to know how alike we all were. The Bishop of Chelmsford petitioned the Crown Court on our behalf, and the Cathedral hosted us and our legal counsel frequently as a retreat from the loud, airless, verbose environment of the courtroom.

The night before I gave my closing speech I had messages of prayers from Muslim friends in London, the Anglican and Quaker network in Chelmsford and even from one of the people who, because of our peaceful blockade, was able to be with his partner for the birth of their daughter and conclude his successful application for leave to remain. A multitude of people said they were with us in spirit, and we knew they meant it.

But possibly the most heartening kindness was our daily reception in the courthouse by the court staff. Between them, the head of security, who here I’ll call Terry, and the chief court clerk, who here I’ll call Stella, were able to enact the simple idea of humanity that says everyone deserves to be treated like a whole person in a way I don’t think I’ve ever seen before. Terry always met us at the security check with a smile and a joke. Stella watched over us in the dock with the utmost care and attention. We knew this was their way: they would have offered this to anyone, we weren’t special. People do their jobs in different ways, but the compassion and humour Stella and Terry showed us were enough to prick a decent hole in the veneer of state power embodied by the courtroom and the threat of incarceration it houses.

Ultimately that’s what we’d been trying to do with our peaceful protest back in March 2017, when we stopped a deportation charter flight taking 60 people to a place where they feared their lives would be in danger. To offer a small kindness to people who may have felt they had reached their darkest hour, having been ripped from their families and communities – many people who are taken into detention or deported have lived in the UK for well over a few years – and taken to an airport in the middle of the night to be forced onto a plane for which they were given a deportation order as little as five days previous. From the flight we stopped, 11 people are still here because it’s clear they were to be wrongfully deported that night, two have the right to remain now, and two women have now been recognised by the Home Office victims of trafficking. This is the obvious risk of the Home Office’s mass deportation charter flights; that the government bundles people off without looking properly at their cases. At the most recent deportation charter flight, the first to Jamaica since the Windrush scandal, also last Wednesday, 15 of the 50 people due to be deported were given a last minute reprieve, suggesting just how many more might have been able to secure an injunction given only a few more days.

Our action was one small kindness among many that people across the UK, nationals and non-nationals alike, are organising to welcome and support people seeking refuge and people currently being denied basic rights by the government. Hundreds of migrant support groups across the country are assisting migrants and asylum-seekers to find their way in a strange country, having escaped a worse fate elsewhere. Hundreds of people visit the 3000 people currently held indefinitely in immigration detention centres in a loophole of habeas corpus that those suffering inside describe as ‘worse than prison’, while thousands more campaign to close them, to let people continue to live with their families and in their communities while their applications are heard by the asylum and immigration courts. A national network of groups campaign for the rights of migrants and asylum seekers to basic survival needs like medical attention, a bank account and the chance to work.

All of these efforts are a testament to the power of human kindness against the shocking daily violence of the state. If the government continue to insist on scapegoating immigrants as an excuse for the failures of austerity and Brexit, it is this very real connection between the rest of us that can stand to sustain a country that is not built on fear and hatred, but instead on kindness and the knowledge that someone who was once a stranger may soon become a dear friend.

Linkedin
RELATED ARTICLES
OTHER ARTICLES
The situation in Afghanistan remains dire, with many groups facing persecution at the hands of the Taliban.
Photographer Robin Graubard’s debut book offers an unflinching record of turbulence and change across the Balkans.
While protests over abortion rights rage in the US, access to abortion services is still almost nonexistent in parts of the UK.
Over the weekend, London locals came together to resist a pre-planned police raid targeting delivery drivers.
Our new magazine is here, starring the inimitable Mitski. Order your copy now and join us on a trip around the world.
Members of the collective share some of their reasons to run as part of #UnitedBySummits, a campaign that looks to uncover transformative power of the outdoors.