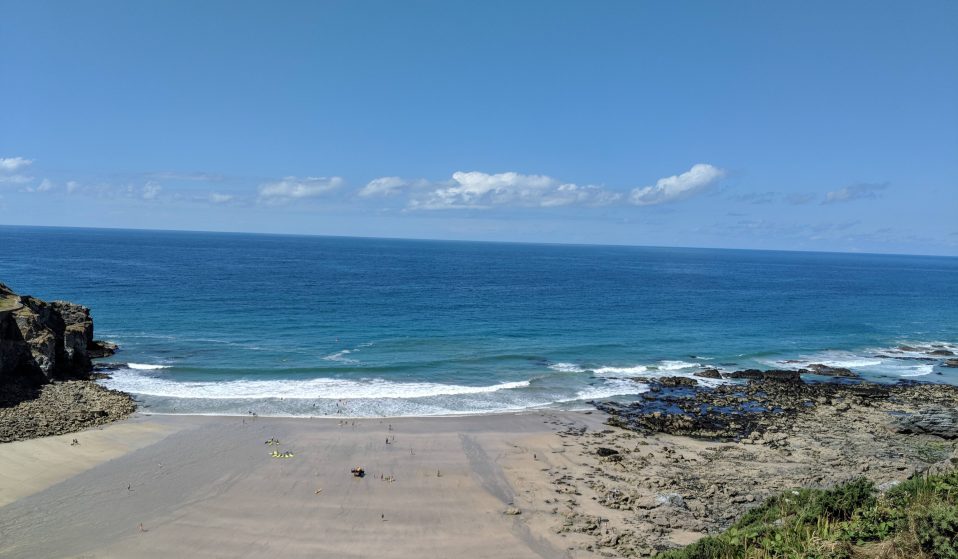 Earlier this week, community heads from across the ocean conservation and recycling worlds joined forces to come up with solutions for the plastic crisis. We joined them at Cornwall’s Wheal Kitty Workshops and heard what they had to say.

Earlier this week, community heads from across the ocean conservation and recycling worlds joined forces to come up with solutions for the plastic crisis. We joined them at Cornwall’s Wheal Kitty Workshops and heard what they had to say.

JFK, no less, once remarked: “We are tied to the ocean. And when we go back to the sea… we are going back from whence we came.”

Our survival and growth as a species – amongst many other species – is inextricably linked to the ocean’s health, and yet we are consuming our way to its demise. Consciously. Knowingly. Blindly.

On Monday this week, wise heads from across the world’s ocean conservation and plastic recycling communities gathered at the thriving Wheal Kitty Workshops in Cornwall. Home to Surfers Against Sewage and Finisterre (which was celebrating its 15th birthday), the workshops also house like-minded companies striving towards a better way of doing things in and out of the water.

Attendees to the Ocean Plastic Solutions Day were treated to presentations, which – while supplying facts deploring our impact on the world – were relentlessly positive about our ability to solve the crisis facing our oceans. Now, the ozone layer has taken a backseat, the melting ice caps are in the passenger seat, and plastic currently has the steering wheel.

The people speaking on Monday did not dwell on pity or remorse. They spend their lives wrestling with these facts, driving solutions and chasing engagement from the complicit masses. Wherever they find you, they are doing their level best to force change, educate, and change habits.

If you’re wondering what you can do to make a change, remember that success comes in all shapes and sizes. Take the people of Marazion in Cornwall, who have all gone plastic-free – the 13th community in the UK to achieve this admirable feat. You can do this too.

There’s also the incredible story of Afroz Shah, which was recounted by UN Patron of the Oceans Lewis Pugh on Monday. Afroz was the spark that led to the dramatic clean-up of Mumbai’s Versova beach. Plastic waste, eventually shoulder-high, had completely swamped this city beach, with thousands living along its shoreline using it as a dump. Fast forward three years to March this year, and turtles have now re-inhabited the beach after a relentless effort from Afroz and his growing band of locals. One person made a huge difference from a tiny beginning. 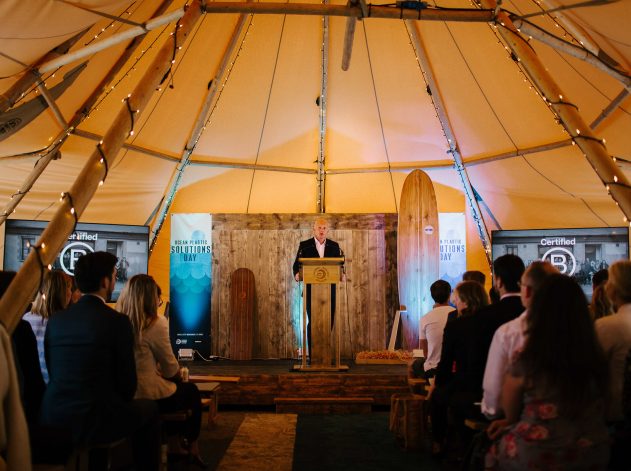 “The Versova beach clean-ups are so important because they demonstrate what happens when the rank and file of this planet stand up for the environment, making the world a cleaner and much better place to live,” said Erik Solheim, Head of UN Environment.

And that’s not all: Lewis Pugh is currently swimming the length of the English Channel, the latest swim in his mission to highlight ocean conservation. Only seven per cent of the English coastline, a historic maritime colossus, is protected – a staggering fact in itself, amongst many other such facts which emerged on Monday’s workshop.

The event’s host, Surfers Against Sewage, have enjoyed significant wins in the last few years, gaining real traction in Parliament as a lead on the key task of stopping plastic pollution at source. Engagement and legislation will drive change in corporations and help protect the ocean environment we all use.

Finisterre, their partners in crime, also has plenty of positive work to shout about in their mission to stick to their core ethical values, not least sourcing locally-produced wool from an Exmoor farm which is helping re-establish Britain’s merino wool flock. They have also added a full-time Wetsuit Recycler to their passionate crew, working in tandem with Exeter University to solve this recurring production headache.

If you think you don’t use it, think about how the majority of all the ocean’s plastic pollution comes from 10 major rivers. Or think about where your latest shoes got shipped from. Or that ferry you caught. Or that fish you ate last night.

The fight is constant, but we can take great succour in the fact that there is a core collaboration of very committed individuals and groups driving change. Collaboration between them and growing that cooperation amongst all of us is the only way to halt the pollution and enjoy our oceans in whatever way we use it.

Linkedin
RELATED ARTICLES
OTHER ARTICLES
Yohon Tatum, aka Legendary Father of the House of Tisci, reflects on nurturing a new generation of talent.
The pro skateboarder withdrew from the 2020 Olympic Games so he could come out as trans. Now, he’s hoping to encourage others to live as their authentic selves – within the sport and beyond.
After blocking the Scottish government’s gender recognition reform bill, Westminster is now devising further changes to the law to make it harder for trans people to self-identify.
After a two-year hiatus and a new album, the Nigerian artist is riding high. Now, he wants to bring his alternative, genre-bending sound to the world.
After fleeing the war in Ukraine, people are finding it impossible to secure affordable and decent housing in the UK.
Mass crustacean die-offs in the North East have led a community of fishermen to take action to save their seas.