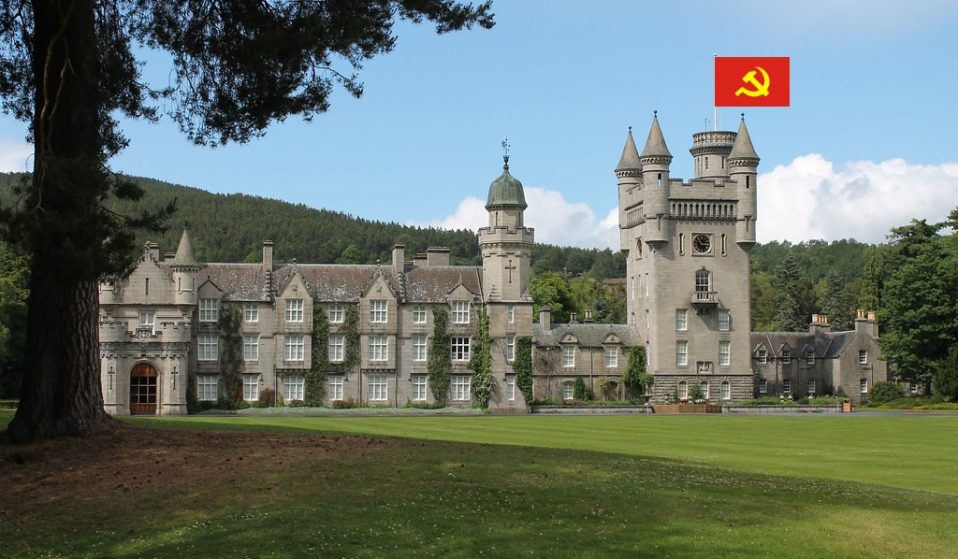 Scotland is traditionally portrayed as socialist in character – but is this true? James Greig examines the history of conservative politics in the country.

Scotland is traditionally portrayed as socialist in character – but is this true? Writer James Greig examines the complicated history of conservative politics in the country.

To begin with, a confession. It’s something I’m deeply embarrassed about, a stain on my character which I’d rather no-one ever exposed. But I can’t write an article about the Scottish Tories without revealing this, because to do so would be a lie by omission. I can’t hide this mortifying, if easily Googleable, secret any longer: my hometown of Stirling, Scotland, is a Tory constituency.

Listen, please, just hear me out: I didn’t live in Stirling at the time of the election, and I wouldn’t have voted Conservative if I had. By any reasonable standard, I can’t be held accountable and yet… I still feel implicated. Soiled. There’s a palpable sense of having let the side down, what with the Conservative party now being the second largest in the country (a whopping 13 MPs out 59). We Scottish used to joke that we had more pandas than Tory MPs; we used to, as a nation, throw our heads back and roar with laughter at that gag. Now, we have over six times as many Tory MPs as pandas, and the laughter has stopped. But is Scottish Toryism really such a strange phenomenon? Is it so opposed to the national character, if such a thing exists? And is the recent Tory success in Scotland a blip – or the shape of things to come?

Although the 2017 election results came as a shock, Stirling falling to the Tories wasn’t really an anomaly: we had a Conservative MP from 1983 to 1997, as did many other constituencies. There are, and always have been, Scottish Tories for the exact same reason there are Tories everywhere else. Which is to say, there will always be people who vote in line with their class interests, regardless of, say, the history of trade unionism in the country they live in. Despite what every posh CSM student from the West End of Glasgow – the type who exclusively wear FILA tracksuits and make a big deal about drinking Buckfast – would have you believe, not everyone in Scotland is working class. We have more than our fair share of rich, braying wankers. Curiously, it’s often Scottish people who obscure this reality, by portraying our nation as essentially socialist in character – not to mention warmly gruff and salt-of-the-earth. For many people, this emphasis on Scotland’s left-wing grittiness amounts to little more than an exercise in personal branding.

All in all, there’s something smugly self-flattering, and at least partially inaccurate, in Scotland’s conception of itself as a progressive country. You only need to look at the recent transphobia controversies the SNP has found itself embroiled in to see that there’s danger in this type of complacency. Despite Scotland’s much-vaunted left-wing character, its ruling party of over a decade tends towards a technocratic centre-leftism – not a million miles away from New Labour. In fact, the SNP has taken many of the same austerity measures as the Tories. (I still remember turning up at Stirling’s GUM clinic on a Monday, for something pretty fucking urgent, only to find it was closed due to cuts – what a great laugh!)

The issue is that the SNP has never had to be properly accountable for these decisions. It can claim that everything is Westminster’s fault – this is actually reasonable, considering that Scotland like the rest of the UK, has seen its budgets cut by the Tories. But because Holyrood has only ever had limited tax raising powers, which it only implemented in 2018 and not particularly dramatically, it’s never really had to test its conception of itself as a left-wing country. A nation of shitebags, when we were faced with the opportunity for real change, we bottled it. That there are Tories in Scotland is no mystery at all.

But that’s not to say Scottish Toryism doesn’t have some unique characteristics. Above all, there’s the issue of unionism, which has been at the heart of the Scottish Conservative party since it merged with the Unionist Party in 1965. This has long been a divisive issue in Scottish politics but particularly so since the 2014 Independence referendum – the success of the Tories in 2017 was partly due to unionism becoming, for the first time, an urgent cause.

All of this interacts, to an extent, with the sectarianism still rife in Scottish society – which partly finds expression in the rivalry between Celtic and Rangers FC. You see this in the heated debate surrounding the SNP’s decision to ban sectarian songs at football matches; the regularity of Orange Walks (organised by the Orange Order, these marches aim to commemorate a Protestant victory at the Battle of the Boyne, but mostly succeed in pissing almost everyone off), and the occasional flare-ups of violence on Old Firm match days.

While, for many, it’s easy to characterise all Rangers supporters as right-wing unionists, this isn’t entirely true: there are plenty of leftist Rangers fans, not to mention many who voted for independence. In the past, many Labour council members in Glasgow were Orangemen, which further complicates the Rangers = Tories narrative. Supporting Rangers FC does, however, often produce the curious phenomenon of otherwise absolutely normal Scottish men having an intense love for Britain and the Royal Family. This passion for the union and a quaint, old-fashioned Britishness does make some Rangers fans, or protestants generally, pretty susceptible to voting Tory – although, as one SNP councillor found out, suggesting this publicly might not be a good idea.

For other clues as to the nature of Scottish Toryism, you only have to look to Netflix’s royal drama The Crown – a remarkable amount of which takes place in Scotland. In many ways the Scottish and English aristocracy are so entwined that they’re practically indistinguishable. While Scotland genuinely is more egalitarian than England (our leaders are mostly middle-class rather than upper-class, at the very least), there is still a deeply rooted class hierarchy, the effects of which are as poisonous as they are anywhere. It’s also unsurprising that a Balmoralist love for the traditional culture often goes hand-in-hand with having conservative values. There are plenty of Scots who love tartan, Haggis, ceilidhs, and the less explicitly socialist poetry of Robert Burns, while also being proponents of austerity.

But it’s worth acknowledging that, for all Scotland isn’t a socialist utopia, it’s manifestly less right-wing than England (or, at least, the South-East.) You don’t need to wax lyrical about the national character to acknowledge this objectively true fact. As with the North of England, there genuinely is a greater sense of community, a far more inclusive (not to mention less racialised) form of civic identity, and a stronger impulse towards egalitarianism. To some extent, all that mythologising has become a self-fulfilling prophecy. It’s currently inconceivable, for instance, that the Tories could ever be the majority party. The 2017 election was a Conservative victory of sorts, but 13 MPs still doesn’t match their pre-Thatcher height of 22 – and it’s still considerably less than the SNP’s 35.

As for the coming election, things aren’t looking great for them. Ruth Davidson, an inexplicably well-liked figure, has resigned as leader, and it’s doubtful whether acting replacement Jackson Carlaw – a great, big, tepid man, reminiscent of every middle-aged Cub Scout leader who ever called me “a big girl’s blouse” – will be able to galvanise support in quite the same way.  As with everywhere else in the UK, Scotland’s priority should be kicking out of the Tories. For all the SNP’s faults, voting for them tactically needn’t feel anywhere near as shameful as voting Lib Dem – particularly since Scottish Labour are mostly shite (although increasingly less so). If you live in a marginal seat, you should vote for whoever else is most likely to win. Let’s look towards a bright future where pandas once again outnumber tories, and we can make the same self-congratulatory joke we used to.

Linkedin
RELATED ARTICLES
OTHER ARTICLES
Freddie Miller’s new series of photographs investigates who today’s trainspotters are and what drives their unfettered enthusiasm.
Photographer Matthew Brookes recalls following a group of young people in Venice Beach living in search of the perfect wave.
Thomas Hoepker‘s images taken during a road trip across America provide a searing social commentary about a divided country.
Finland-born photographer Sirkka-Liisa Konttinen looks back on her decades-long documentation of life in Northern England.
LGBTQ+ students are keeping the spirit of the original Pride alive by fighting for liberation for everyone, not just their community.
With inflation now at a 40-year-high of 9 per cent, demonstrations organised by TUC took place to demand action from the government.